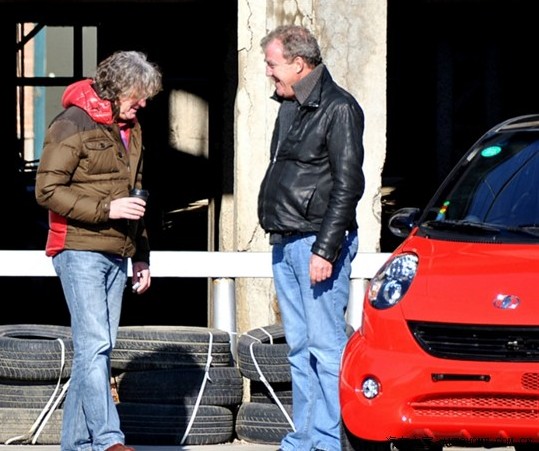 Chinese media are going wild because BBC’s Top Gear has landed in China. Jeremy Clarkson and James May arrived in Beijing for filming a new Top Gear episode which will be on TV in next year’s season. On pics the shooting of what appear to be two items: the first with May in a JAC Binyue and Jeremy in a Greatwall Haval M2.

The second item is about copied Chinese cars with a Shuanghuan Noble (Smart), a Shuanghuan SCO (BMW X5) and a Lifan 320 (Mini). On some other pics Clarkson and May are looking curiously at an old Chinese 3-wheeler but that one does not seem part of the show.

A Land Rover Discovery camera-car has Shanghai-plates on it, this could mean that Top Gear also filmed an item there.

See all pics below: 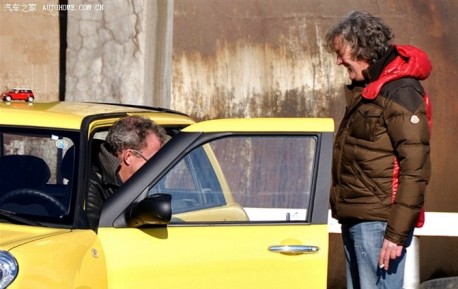 At the Lifan 320. Note Mini scale model on the roof. May having a smoke. 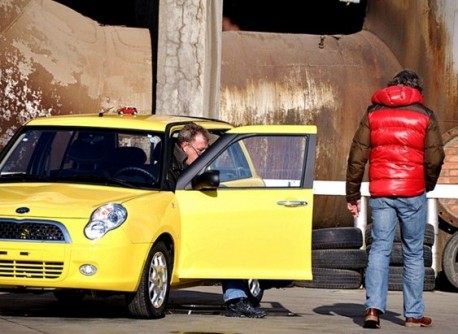 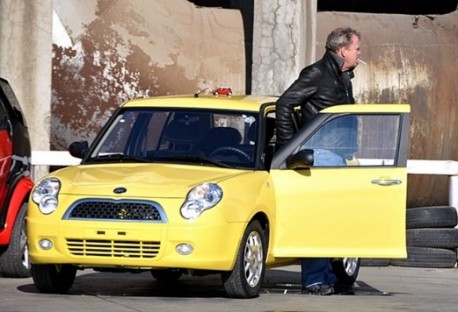 Clarkson having a smoke. 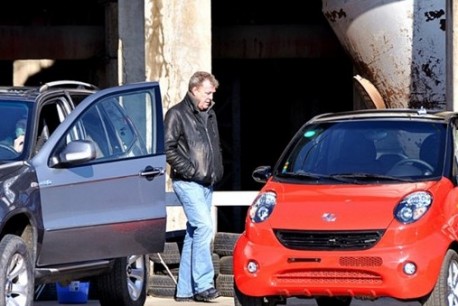 Shanghuan SEO on the left. 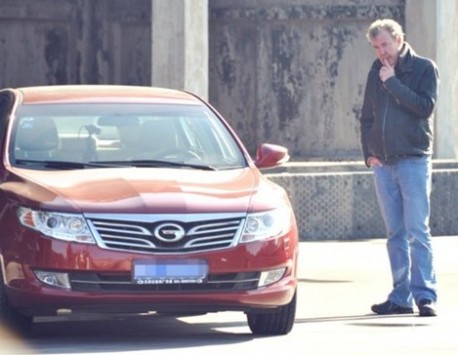 Guangzhou Auto Trumpchi, there seems to be a camera behind the window, not sure whether is is part of the show. 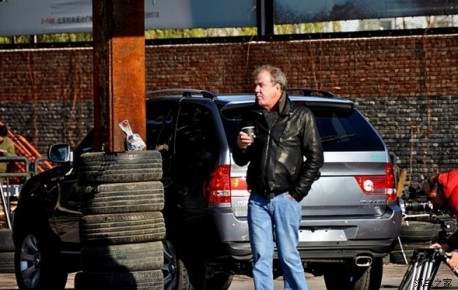 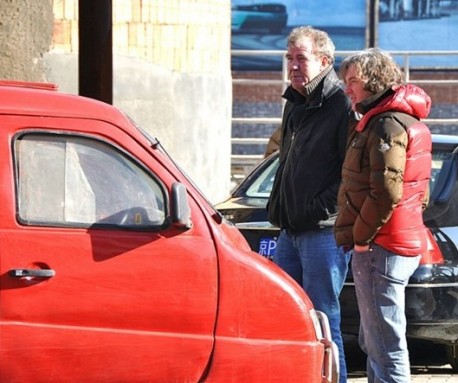 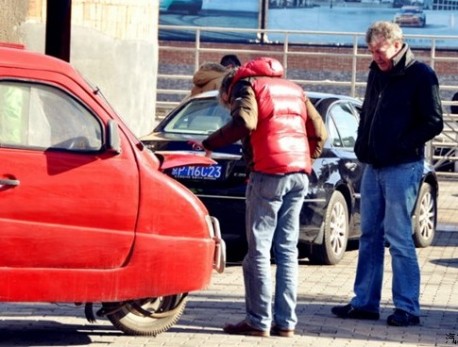 May takes a look at the engine. 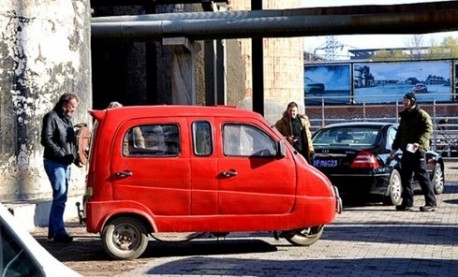 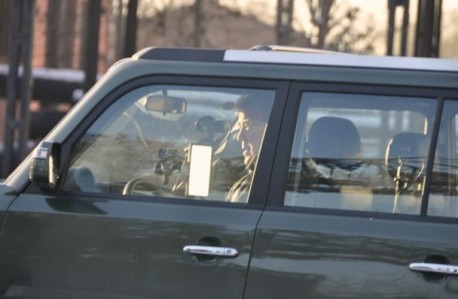 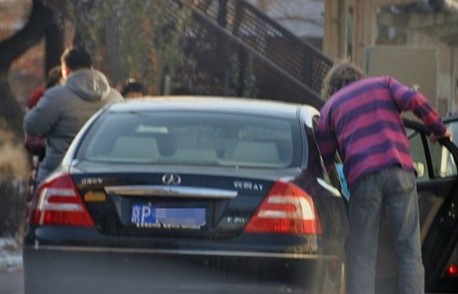 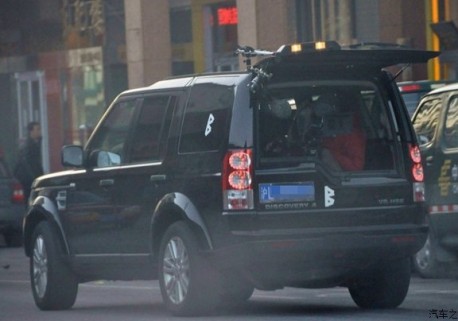