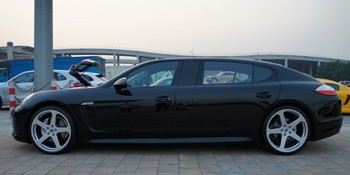 The iconic German Porsche-tuner RUF is coming to China, aiming at the very rich with fast exclusive cars. The Chinese market however favors  SUV’s and limousines above ultra-speed sportscars that RUF is famous for.

Until now, that is. RUF developed two cars especially for the Chinese market: the RUF XL and the RUF Freiheit. The RUF XL is a stretched Porsche Panamera, the Freiheit is a dressed-up SUV based on the Porsche Cayenne. A closer look at these two interesting vehicles: 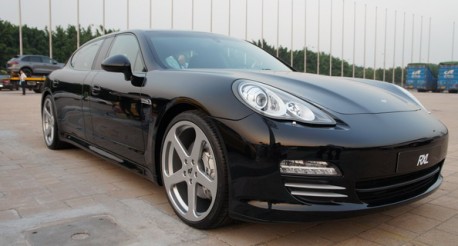 Neither car appears on RUF’s international website but they do show on RUF’s Chinese website, this likely means both machines are exclusive for China.

The Panamera XL is 5370mm long, the standard Porsche Panamera is 4970mm long, the XL so is a whopping 40 centimeters longer! All extra space goes to the passengers in the back. The RUF XL is powered by a V8 with 309kw and 510nm.

The appearance of the XL is even more interesting because reportedly Porsche is planning an extended Panamera of their own, for the Chinese market, to debut in 2012. That one however will be stretched by just 12 centimeters… 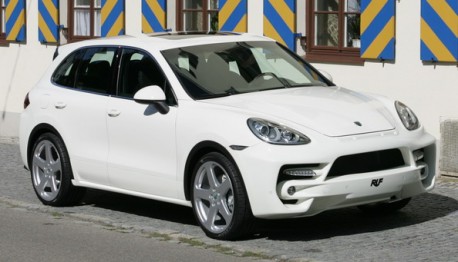 The somewhat ironically named RUF Freiheit (Freedom) is basically not much more than a Porsche Cayenne with a new body kit. Biggest changes are up front with an all-new grille and bumper. The Freiheit is powered by the same V8 as the XL.

Well, I think RUF is missing a market here, an extended Cayenne would do even better in China, RUF could call it Freiheit XL. 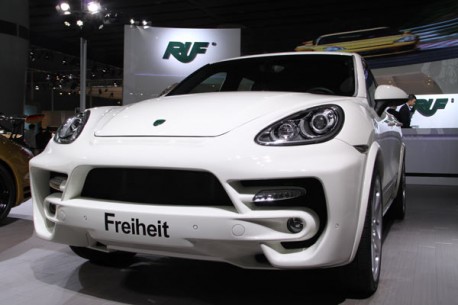 RUF has just opened its first dealer in China near the Eastern 4th Ring Road, not very far from my home. I am definitely going there for an inspection soon. 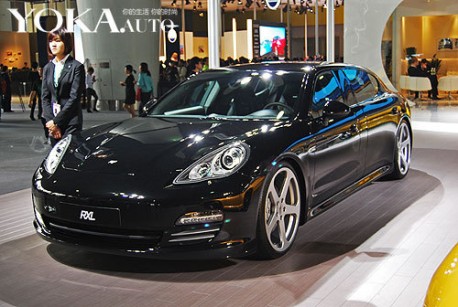 For the man who likes to be driven, in his Porsche. Mad world, but a good car.