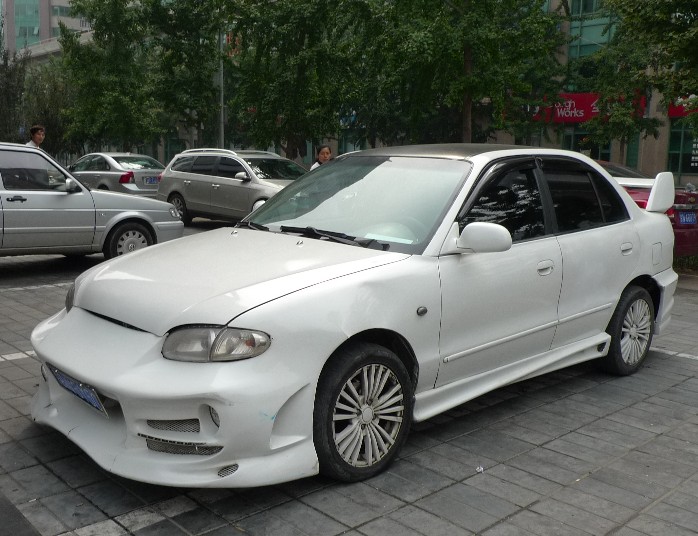 The Kia Qianlima, best translated as ‘Long Distance Race Horse’, was a small sedan made in China by the Dongfeng-Yueda-Kia joint venture from 2003 until 2006. The Qianlima was based on the Hyundai Excel (X3), made in South Korea from 1998 until 2000. The Qianlima was a cheap, reliable and fine car, but not a car that made the heart go much faster. One Qianlima owner in Beijing made things much better! 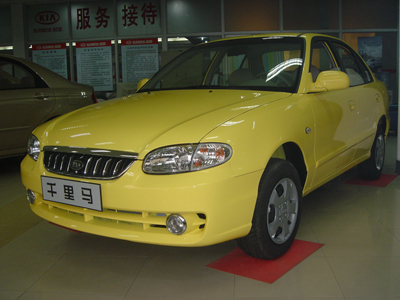 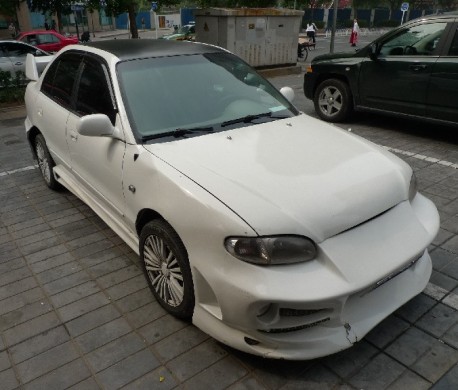 I found this beauty right in my own street, parked next to a bank. It seems the owner wanted to change his Qianlima into a Mitsubishi Lancer EVO. Nice work, great bodykit, especially the part under the grille. 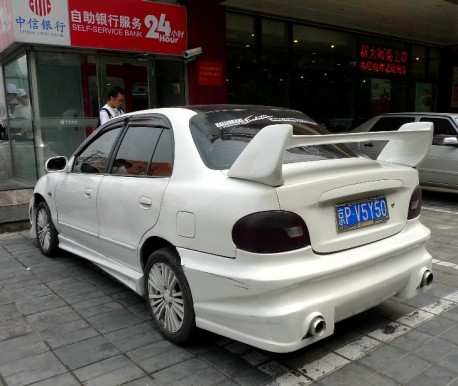 Much more plastic at the back. Big wing, double exhaust pipes. Must go like a horse from hell! 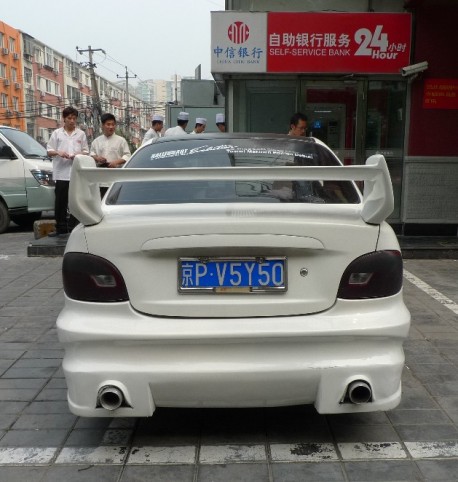 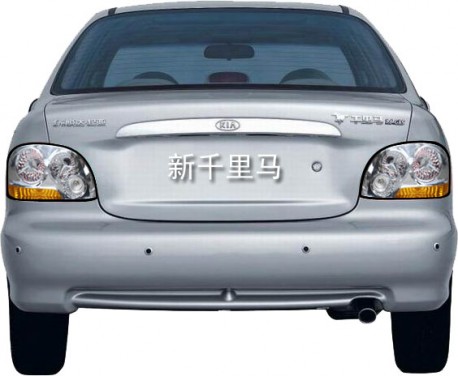 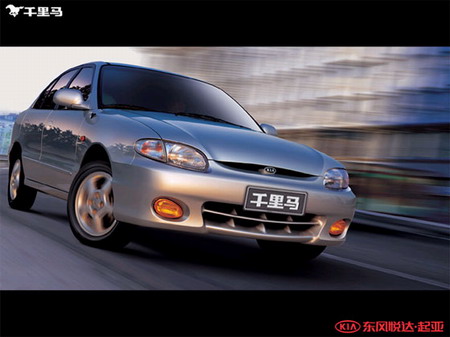 Factory pic from the Dongfeng-Yueda-Kia Qianlima. Note horse-shaped logo on the upper-left. 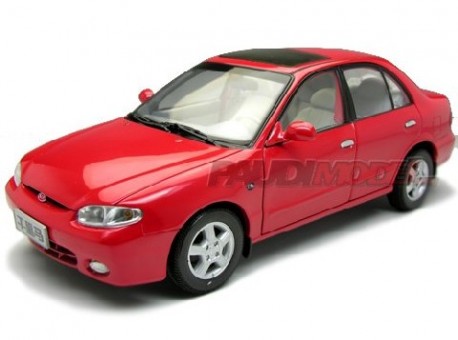 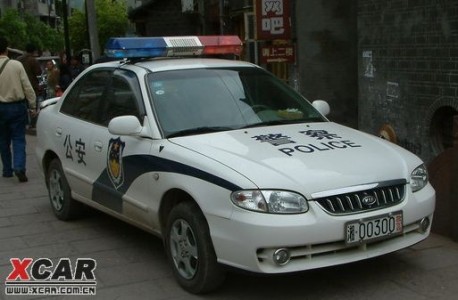