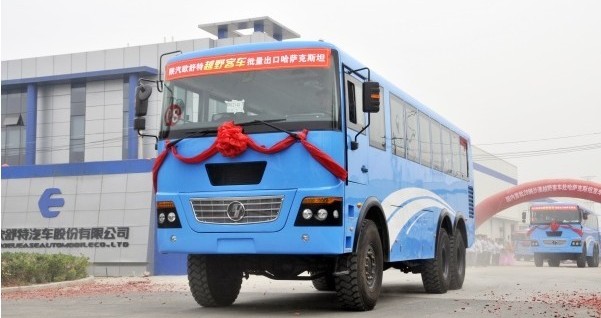 Here we have a mighty new machine from China. This is the Shaanxi SX6100 SPF, nicknamed the ‘Desert Tank’. It is a bus-like vehicle based on a 6×6 Dongfeng truck chassis, made for all-terrain duty in the desert. Shaanxi just sold twenty SX6100’s to security services in the great country of Kazachstan where they will be used for ‘anti-terrorism-patrol’ in the vast empty deserts in the east, near the border with China’s Xinjiang Province. 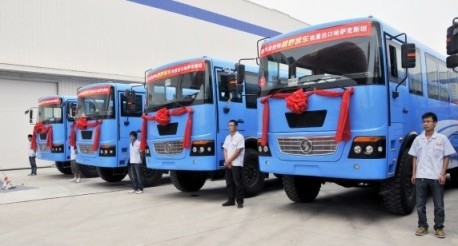 The Shaanxi SX6100 SPF is equipped with a 5,000-watt generator, aircon, a satellite communication system, several ‘computers’ (secret shit), a refrigerator, a separate heating system for cold desert nights, an oven, water-tanks and a water dispenser system, double glass, and something called a ‘built-in gas-electric tow hook’. The full-spec Desert Tank can seat 14 soldiers, including the driver. 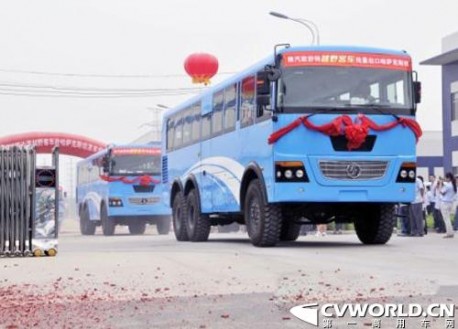 Power comes from a Dongfeng 6.5 diesel engine that pumps out 247kw and 550nm. Top speed on road is 74km/h. Size, it is Big: 9600/2500/3600. Come to check that out, terrorist! The Desert Tanks sold to Kazachstan are nor armed but Shanxi says a turret for a small machine gun can be fitted on the roof.  Well, if I was to buy one, I’d certainly go for the gun.