Fiat-Chrysler in talks to produce Jeeps in China 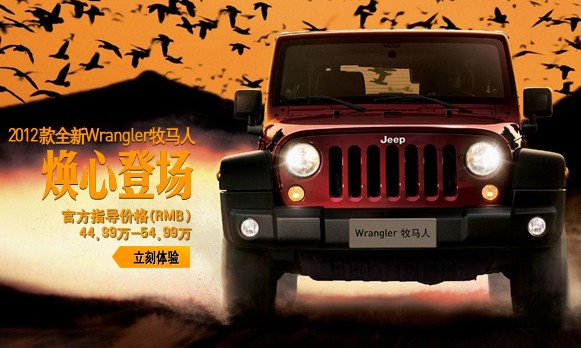 The Fiat-Chrysler group is in intense negotiations with the Guangzhou Automobile Group on a possible joint venture to produce Jeeps in China, for the Chinese market.

Fiat SpA already has established a joint venture with Guangzhou. It is putting the final touches on a new compact for China that will be based on the same architecture as the recently unveiled 2013 Dodge Dart.

Mike Manley, head of Fiat-Chrysler’s Asian operations, said the as-yet-unnamed vehicle would debut at the Beijing motor show in April.

China represents a “huge opportunity” for Fiat and Chrysler Group LLC, he said, but added that the two companies have a lot of catching up to do if they are to hit the sales targets they outlined after their 2009 tie-up.

“If you look at our aspirations for volumes in 2014, 2015, some of the keys to unlocking that is significant growth in China,” Manley said. “(But) it’s one of the most competitive marketplaces in the world. We are, to a large extent, late to the party.”

The irony is that Jeep was the first western automobile brand in China. In 1984, American Motors Corp., which owned Jeep at the time, established the first joint venture with a Chinese automaker to produce Cherokees. But that unraveled after Chrysler purchased AMC in 1987.

Jeep still sells vehicles in China — 22,294 last year, up from 12,364 in 2010 — but they are produced elsewhere. Tariffs and shipping costs add a substantial markup that the company can ill afford in such a price-conscious market.

“There is no doubt domestic manufacturing of Jeeps is the way to significantly grow our volumes,” Manley said. “Fiat have what I consider to be a very good joint venture partner in Guangzhou. They’re very well established in the market.”

And Guangzhou has a solid track record of working with other foreign automakers, including Honda Motor Co. and Peugeot SA.
Guangzhou ‘right’ for Jeep

Fiat has been working with Guangzhou since 2009. They plan to produce their jointly developed compact sedan at their new factory in Changsha in Hunan Province.

“This partner is the right one for us. We have common interests that are very much aligned. They have a lot of respect for the Jeep brand,” Manley said, though he added that other Chinese companies have expressed interest. “I’m in very deep discussions with them in terms of what we can and what we should be doing collectively with Jeep.”

But CEO Sergio Marchionne says any deal must allow the Auburn Hills automaker to retain control of Jeep in China.

“We’re very protective of that brand,” he said. “I want Chrysler to be able to own that thing in some fashion. I don’t want it diluted in terms of ownership or control, so we’re still studying ways to get there.”

“They are looking more closely at incremental capacity, so negotiating joint ventures in China is becoming somewhat more difficult,” he said. “They don’t want capacity for capacity’s sake. They’re being much more strategic.”

But a niche brand such as Jeep makes sense for both China and Fiat-Chrysler, Robinet said.

“The major players have blanketed the core segments,” he said, adding that there is still demand for more sport utility vehicles and crossovers in China. “If you want to gain volume quickly, you need to do it in a niche. Jeep is a global brand, and it already has some cache to it with Chinese customers.”
Fiat’s new China push

Like Jeep, Fiat is re-entering the Chinese market after its first foray — a joint venture with Nanjing Automobile Corp. that began in 1999 — fell apart in 2007.

Fiat is importing the 500 and Bravo models to China, and just introduced the Freemont, a five-door crossover based on the Dodge Journey.

Manley believes Fiat can do well in China, where the consumer classes have already developed a taste for Italian fashion.

“They love European brands,” he said. “Our job really is to leverage the Italian flavor and style of Fiat.”

But as with Jeep, real success in China will require local production.

“We have a lot of challenges, but as a combined organization, we have a lot of positive things that will facilitate and enable our growth,” Manley said. “It would be naïve of me to say the path will be easy. You’re going to see growth rates in China slow up. There’s obviously significant capacity in the market already. Nobody’s going to give up share. But you’ll see us fighting for our fair share and more.”