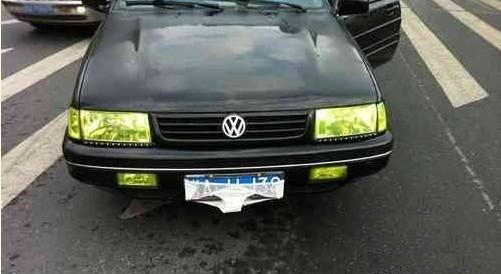 A 30-year old man from Henan Province was stopped by traffic police near the great city of Hanzghou in Zhejiang Province, for covering his license plate with undies. The man, surnamed Han, told police that it wasn’t his underwear and that it didn’t hang there when he left home. Police didn’t believe a word, fined him 200 yuan and took 3-point from his driving license (out of 12). Mr. Han had to remove the undies and could continue on his way. Via: MOP.