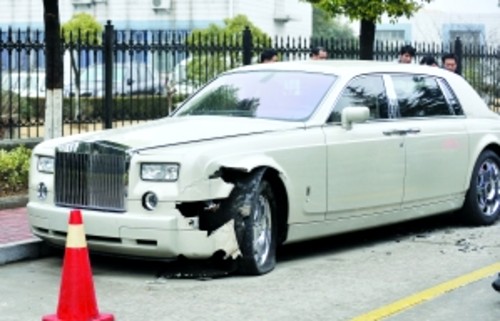 An interesting crash in the great city of Nanjing in Jiangsu Province. A SouEast-Mitsubishi Lioncel (old Lancer) crashed into a Rolls Royce Phantom in front of the Lukou Airport Hotel, not far from Nanjing Airport. Fortunately, nobody got hurt. The Roller, worth 12 million yuan, was parked on the road close to the entrance of the hotel and belonged to a VIP transport-service company. 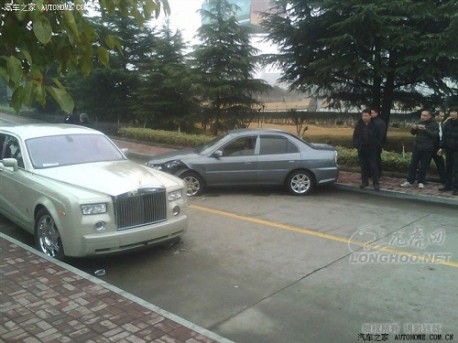 Police from the ‘Nanjing Lukou International Airport Public Security Bureau’, responsible for the area, went out to investigate the incident. The owner of the Roller said the damage was at least 800.000 yuan (127.000USD). At first sight the driver of the Lioncel, a 21 year old ‘Mr Liu’ was to blame for the accident. He was on the wrong side of the road and somehow didn’t see the Phantom. But!, there is a little catch. The Phantom was illegally parked and didn’t have license plates, police in fact found out is was not-registered. 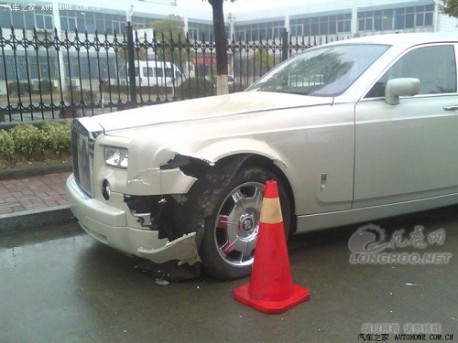 This means the owner of the Roller can’t claim damages. That would indeed be a very fortunate thing for Mr. Liu whose insurance only covered 500.000 yuan. The expensive Rolls Royce has quickly been towed to Shanghai for ‘repairs’, no doubt it will be repaired but it also seems very likely that the owner wanted to get his unregistered Phantom out of police sight as soon as possible… The investigation is ongoing. 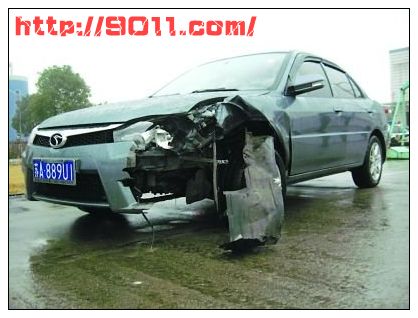 Damage to Lioncel for Mr. Liu to pay. 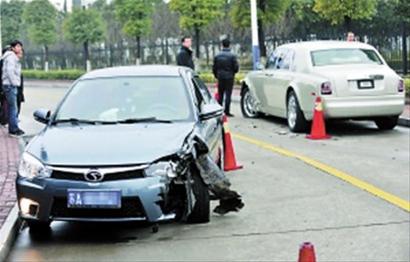 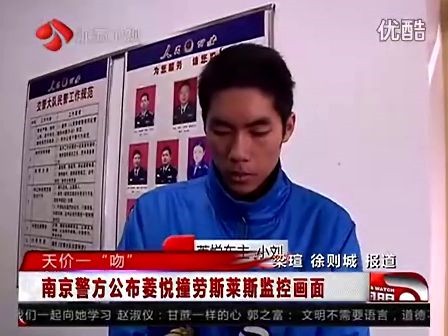