Village in China rents out Donated School to Auto Dealer 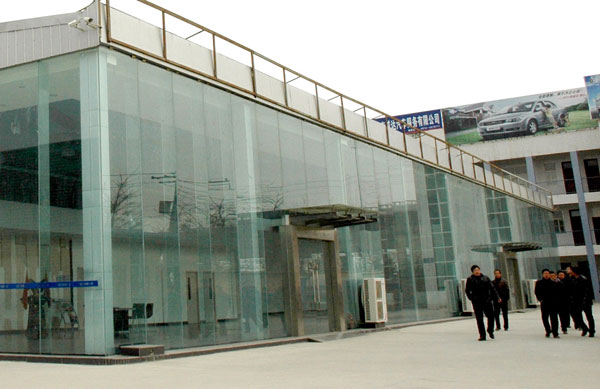 How things can go wrong in the countryside. Here we have a fine story from ChinaDaily about a village nearby the great city of Xi’an that rents out a school building to an auto dealer. The building was donated by a wealthy Hong Kong philanthropist who is not happy. Children ain’t happy either. Messy local politics in China! Read on:

XI’AN – A village’s primary school built with donated funds has been turned into an auto dealership, and villagers say the local government in Weinan, Northwest China’s Shaanxi province, must intervene.

Those measures include having any construction for the dealership removed from the school, Yan said. In addition, the bureau is urging the village managing committee to rescind the lease and prepare for the students to return.

“The pupils are expected to return to the school before the end of March, for there are a number of matters that need to be worked out between the village and the auto dealer,” Yan said.

The school, Zhaocun Yifu (Run Run Shaw) Primary School, was built in Zhaocun at a cost of 1.9 million yuan ($302,000), of which more than 254,000 yuan was donated from a fund of the Hong Kong philanthropist Run Run Shaw. The rest of the money came from a local government bureau and the village.

Construction was completed by the end of 2009, and about 100 students from the village had lessons in it for two weeks in May 2010. They were then sent back to their old school.

The new building and schoolyard had been rented out by the village committee to the auto dealer for 10 years for 1.75 million yuan.

The village committee said that a high-speed railway about 20 meters from the school grounds is a threat to the students’ safety and the sound of passing trains disturbed the classes.

“In addition, the village owed money to the construction crew, so the village committee decided to temporarily rent the school out to get money to pay the builders,” said Li Wusheng, director of the village’s supervision committee.

Liang Jun, a lawyer for the auto dealer, said the company did not know the building and yard were built with donations, otherwise they would not have leased it.

“We signed the lease with Zhaocun village committee in August, 2010, and have invested more than 10 million yuan to build the showrooms, repair workshops and warehouses in the school for car business. We hope the government departments involved will safeguard the legitimate interests of both the villagers and our company,” Liang said.

The villagers were angry about the leasing contract, and one of the them, Li Xiuxiu, said that the classrooms in the old school were unstable and the ground would shift and sink during rainy days.

According to the administrative committee of Weinan Hi-Tech Development Zone, where the village is located, the former village leader has been suspended and the village committee’s three-year term is coming to an end.

“The school’s lease and any negotiations involved in the matter should be dealt with after the election of a new village committee, and we will urge that committee to correct it as soon as possible,” Yan said.

“China’s Education Law clearly states that donated property should be used in accordance with the purpose that was intended,” said Zeng Jia, deputy director of Law School in Northwest University in Xi’an, capital of Shaanxi province.