Porsche to recall 20.826 Cayennes in China 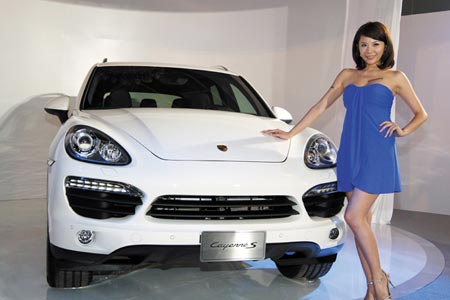 The vehicles, including Cayenne, Cayenne S, Cayenne S Hybrid, Cayenne Turbo and Cayenne Turbo S models, are being recalled because of a design defect in the vehicles’ headlights, the General Administration of Quality Supervision, Inspection and Quarantine said in a statement on its website.

The defect could cause the headlights to stop functioning under certain circumstances, the administration said, citing a report delivered by Porsche. The recalled vehicles were produced between March 8, 2010 and January 31, 2012, the statement said. Repairs to the lights would be free of charge, it added.

China is the biggest market world wide for the Cayenne, before the US and Germany. China will likely become Porsche’s number one market this or next year. The Cayenne is by far the most popular Porsche in China, sales of the 911 are trailing far behind.