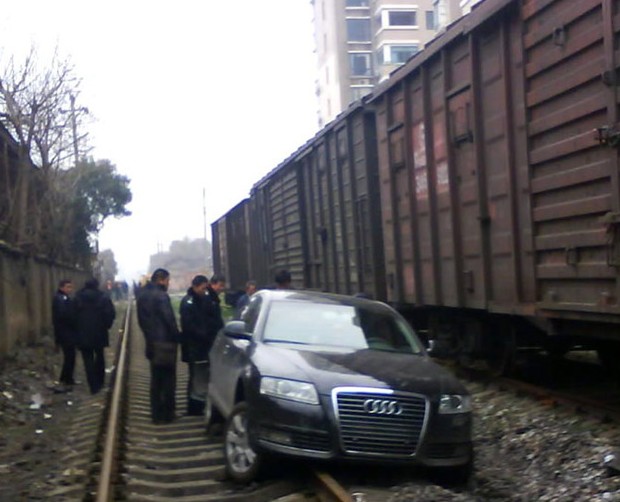 One drunk Audi driver in the great city of Wuhan in Hubei province made a very big mess. He tried to drive his Audi A6L over the railway but after 100 meters the tires wore out and the car came to a halt. In the meantime two giant freight trains had to pull emergency stops to avoid the Audi and all railway traffic had to be suspended. 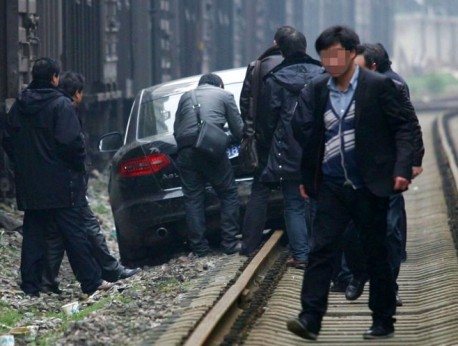 Railway staff called police who found out that the 25-year old ‘Xia Mou’ was indeed extremely drunk, 92.8mg/100 ml which is far over the maximum allowed. Xia Mou, no doubt with a heavy tongue, blamed the accident on his ‘misleading’ GPS system and said he was ‘not familiar’ with the area. 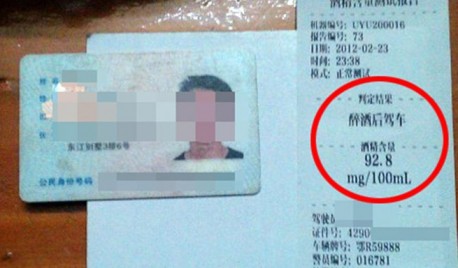 The police didn’t care about no faulty GPS systems and arrested Xia Mou on the spot. He might go to jail and has to pay all damage to the railways. Trouble ain’t over then; the Audi was registered on his father’s name…