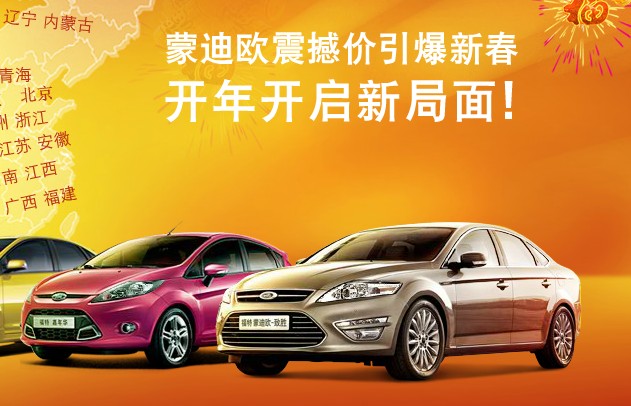 Ford Motor is facing stiff industry wide regulatory obstacles to future growth in China, even as the auto maker launches a $490 million plant to boost its presence there.

The plant opened Friday in the southwestern Chinese city of Chongqing—its third passenger-car plant and fourth overall assembly plant in China—will give it much-needed capacity to help propel sales. Ford lags far behind General Motors Co. and other global rivals in penetrating China’s market, the world’s biggest in the number of vehicles sold.

Last year, Ford sold 519,390 vehicles in China, including passenger cars and commercial vans. That number was up 7% from 2010, but it is still nearly one-fifth of GM’s sales of 2.55 million vehicles.

Over the past several years, Ford had been more focused on “putting the company back on track” in North America, said Dave Schoch, head of Ford China, in an interview last week. But the new plant shows Ford’s resolve to provide “a lot more focus and more resources to accelerate our growth in China,” he said.

The new Chongqing factory, approved in 2009 and operated jointly by Ford and its partners Chongqing Changan Automobile Co. and Japan’s Mazda Motor Corp., is capable of producing 150,000 cars a year and is soon to start production of the redesigned Ford Focus. The car, expected to hit showrooms in China in the second quarter, is one of the 15 new models Ford says it will launch in China by 2015. The plant is large enough for significant expansion in the future, Mr. Schoch said. “There is so much opportunity” for Ford in China, he said.

Still, like other global auto makers, Ford and its partners face regulatory hurdles that could complicate planning for further growth.

Ford and its partners want to divide their joint venture into two separate entities, as part of a broader split by Ford and longtime partner Mazda. Under their proposal, the joint venture would split in half, with one entity owned 50-50 by Ford and Changan in Chongqing. The other would consist of a plant in the Chinese city of Nanjing owned jointly by Mazda and Changan. Currently, Ford produces its Fiesta car in Nanjing, and it would have to shift production of the Fiesta to Chongqing if the transaction were approved.

But a person close to the joint venture said the regulatory-approval process has been bogged down, thanks to China’s increasingly determined effort to consolidate the country’s fragmented auto-manufacturing base. China in recent months has shifted its attitude, emphasizing consolidation and better use of existing capacity, and reducing its focus on drawing investment from overseas.

“At the least, when expanding capacity, foreign auto makers and their Chinese partners are now going to be discouraged from opening all-new greenfield plants built from the ground up,” said Yale Zhang, head of Shanghai-based consulting firm Automotive Foresight. “Instead, they are more likely to be asked to take over unsuccessful brownfield plants and transform them into profitable operations.”

And expanding manufacturing capacity in China is a pressing matter for Ford. “We’re waiting for [Chinese regulators] to review it and hopefully approve it,” Mr. Schoch said, referring to the proposal for the three-way joint venture submitted to the Chinese government in May. More generally, Mr. Schoch said Ford is confident it “will get appropriate support” for future proposals to expand and grow its business.

Still, “the proposal is nowhere near getting the official nod,” said the knowledgeable person close to Ford’s venture. The companies have been discussing the move among themselves and often with the government unofficially at least since 2009, the person said. “Personally I think we face a tough going in getting the proposal approved quickly.”

One hurdle the joint venture hasn’t been able to scale is the government’s demand for state-owned Changan to terminate one of its other joint ventures with foreign auto makers, said Jiang Aiqun, a spokesman for Changan Auto.

But the attempt backfired when laborers staged a strike that lasted for four days, and in order to resolve the work stoppage, Changan had to back off on its decision to dissolve Changhe Suzuki.

The proposal is now “stuck in complete uncertainty,” the person familiar with the matter said. “We have no idea at this point what is going to happen.