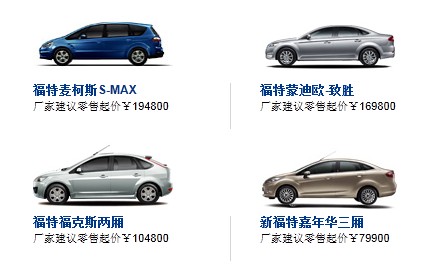 Ford Motor Co. on Friday opened its fourth passenger-vehicle assembly plant in China, as it bets that aggressive expansion and new-model introductions will help it overcome strong competition in a moderating vehicle market.

The new $490 million factory in the southwestern city of Chongqing will initially produce the latest Focus compact model. Able to churn out up to 150,000 a year, it will take the annual capacity of Ford’s Chinese passenger-vehicle joint venture, Changan Ford Mazda Automobile, to 600,000 vehicles, and Ford’s global capacity in “C-segment” vehicles—the class to which the Focus belongs—to two million.

The opening of Chongqing Assembly Plant 2 is a crucial step in Ford’s stated plan to introduce 15 vehicles to the country by 2015. Ford said Chongqing will become its second-largest manufacturing center in the world by production capacity, after Michigan, once two additional plants under construction are completed next year. Ford executives say they also plan to expand production at the newly opened Chongqing assembly plant over time.

On Friday, Ford gave details of those plans for the first time, noting in a statement that the new facility is able to produce six different kinds of vehicles, including the Focus. Joe Hinrichs, Ford’s president for Asia-Pacific and Africa, said in an interview last week that production capacity in China will be devoted to the Chinese market.

“That capacity will be serving this market and the opportunity to grow the market share and the business here,” Mr. Hinrichs said.

A relative latecomer to the Chinese market, Ford has had to work hard to make up lost ground amid strong competition, particularly from General Motors and Volkswagen AG. Mr. Hinrichs said a drought of new products in China over the past two years had limited the company’s growth.

Competition has also intensified as sales increases have slowed. After growing 46% in 2009 and 32% in 2010, supported by government incentives, China’s auto market grew just 2.5% in 2011. With the removal of most government support policies for car sales, Mr. Hinrichs said, he expects slower growth rates to continue.

“We think for the rest of this decade the Chinese market will grow on average about 5%,” he said.

Namrita Chow, an analyst at IHS Automotive, said the new Chongqing plant will give Ford a much-needed lift in a tighter market. Increasingly wealthy Chinese consumers, bypassing smaller vehicles, have turned the C segment into the country’s largest and most competitive slice of the country’s car market.

“Chinese consumers are moving upwards. They want bigger cars,” said Ms. Chow. “It’s also the biggest-volume segment, which is which is why you need volume production.”

Ms. Chow said the new plant will place Ford in a strong position to grow in less-developed interior regions of the country where the brand remains relatively unknown.

“The interior regions are going to have much more growth,” Ms. Chow said. The move to the interior “is Ford’s plan because it’s really aiming to compete with the big players in China.”