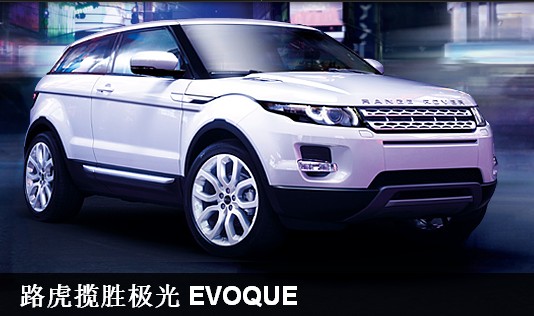 The deal marks Jaguar Land Rover’s latest effort to expand its appeal in the world’s largest auto market where luxury sedans and SUVs remain in hot demand even as the overall car market cools.

The JLR-Chery venture, to be located close to Shanghai in Changshu city, will make Land Rover SUVs initially, followed by Jaguars in the second phase, one person told Reuters.

“The plan is still subject to the approval of the National Development and Reform Commission at this stage. The size of the investment could be adjusted accordingly,” another person said.

Both sources declined to be named because of the sensitive nature of the proceedings.

A Tata Motor spokesman declined to comment on the Chery tie, but its CFO, C.R. Ramakrishnan, said recently that JLR had already picked a Chinese partner.

The Chery tie, if approved, will give JLR a much-desired local production base in China where global luxury markers including BMW, Mercedes-Benz and Audi have already made windfalls, thanks to growing ranks of wealthy Chinese.

All three German marques, which started local manufacturing in China years ago, saw their China sales rise more than a third in 2011 when the overall market slowed after years of frantic expansion.

When China opened its doors to foreign automakers 30 years ago, the approval process was relatively straightforward. But now that General Motors, Volkswagen and other foreign producers dominate the market and China’s native auto industry remains uncompetitive, Beijing has started to raise the bar for new entrants.

The government recently removed the auto industry from a list of encouraged industries, making it tougher for foreigners to win new auto projects.

Fuji Heavy Industries, which intends to make Subarus with Chery in China, submitted its deal for approval last year, but regulators have yet to announce a decision and it is unclear when, or whether, they will approve it.

Fuji said Monday it has no update on its application for a joint venture in China. Officials at Chery declined to comment.

In a bid to shore up domestic automakers, Beijing recently said it would implement new rules requiring government departments to buy only local car brands.

If carmakers at a local-foreign auto venture want to sell cars to Chinese government agencies, the venture must set up its own joint research and development facility and invest 3 percent of its annual proceeds in R&D for at least two consecutive years, according to the country’s new rules. The venture is also required to develop and build its own car brand.

It is unclear whether any similar rules are in place for new foreign joint ventures and it is unclear what JLR has committed in order to get a foothold in the country.

A source told Reuters that the automaker has committed to jointly invest in a research facility with Chery.

“It’s hard to second guess the whether the JLR deal would get the green light. But one thing is obvious, it’s getting harder and harder for foreign automakers to get joint venture deal in China,” said John Zeng, director for industry consultancy LMC Automotive Asia Pacific region.