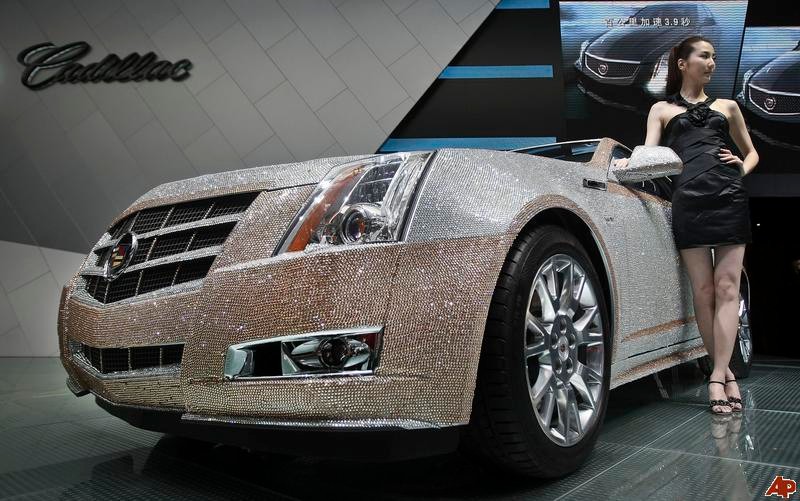 General Motors Co. will begin to build Cadillacs in China within a year as the automaker works to establish the luxury Cadillac brand globally, according to Joel Ewanick, GM’s global marketing officer. GM is expected to announce April 22 during the Beijing auto show that it will begin to build its all-new large Cadillac sedan, the XTS, later this year in China, according to another source familiar with the company’s plan.

The XTS will debut in China for the first time during the Beijing show, said Don Butler, vice president of Cadillac marketing.

Two other Cadillacs will eventually be built in China: the automaker’s all-new compact luxury sedan, the ATS; and its popular midsize luxury sedan, the CTS, Ewanick said during an interview last week at the New York International Auto Show.

GM believes its new Cadillacs can go head-to-head with the best of the German manufacturers, which long have been known as luxury leaders across the globe.

“You now have a lineup that you can take and transport to China first and grow it in China — and then from China we would spread out from there to Europe,” Ewanick said.

“And over the next decade, that’s our plan. We plan on making Cadillac one of the most iconic luxury brands in the world. And what’s important is what is not in that sentence. I didn’t say automobile or car.”

Building Cadillacs in China helps GM get around the pricey tariffs that China slaps on imported cars. Those fees likely get passed on by dealers to customers, said David Whitson, a senior equity analyst for Morningstar Inc.

“The demand is definitely there to sell more,” Ewanick said of Cadillacs.

GM, based on many studies, believes that by 2020, China will account for more than half of all luxury goods and services purchased worldwide.

Butler said he spent time in December visiting Chinese in their homes to learn about what luxury means to them.

“For many Chinese, the pursuit of luxury is really the pursuit of life,” he said. “It’s ambition, it’s striving, it’s moving forward, so there’s almost this magnetic pull to luxury goods and services.”

Cadillac has about 50 dealers now in China, a number expected to double in the next year or two, said David Caldwell, a Cadillac spokesman.

GM doesn’t see its push of Cadillac in China hindering Buick sales. Last year, Buick set a record of selling 645,537 vehicles in China, up 17.4 percent from 2010.

“Customer perception of Cadillac is really strong as a luxury brand,” Caldwell said of the brand in China. “Buick’s positioning, I won’t speak for them, but it’s been there a long, long, long time.”

Morningstar analyst Whitson said it will be key for GM to differentiate between Cadillac and Buick consumers in China.

“Buick is so important in China, you don’t want to do anything to derail anything they have with that brand,” he said.

The entry of the ATS will give Cadillac a player in the compact luxury segment — the largest luxury segment worldwide and in the U.S. The Cadillac ATS will compete with the BMW 3-Series, the Audi A4, Infiniti G series and Mercedes-Benz C class.

“First, just participation in the largest volume segment, which is one of the reasons that we’re excited about what our sales are going to do. We just don’t have an entry there, so we’re handicapping ourselves.

“The second thing is, compact luxury tends to be the segment that people entering luxury for the first time move into.”

The XTS, which will start in the U.S. at $44,995 , will begin to be built in a few weeks and arrive in dealers’ lots in the U.S. shortly thereafter, Butler said. The ATS begins production this summer, with vehicles available in the fall, he said.

Last year, GM Chairman and CEO Dan Akerson said the company would have two global brands: Chevrolet and Cadillac. Chevys are sold in about 140 countries worldwide and Ewanick expects sales globally will top 5 million this year, up from 4.76 million in 2011.

The U.S. and China are anchors to Cadillac’s global strategy, Butler said, and new vehicle launches will help grow volume in both countries.