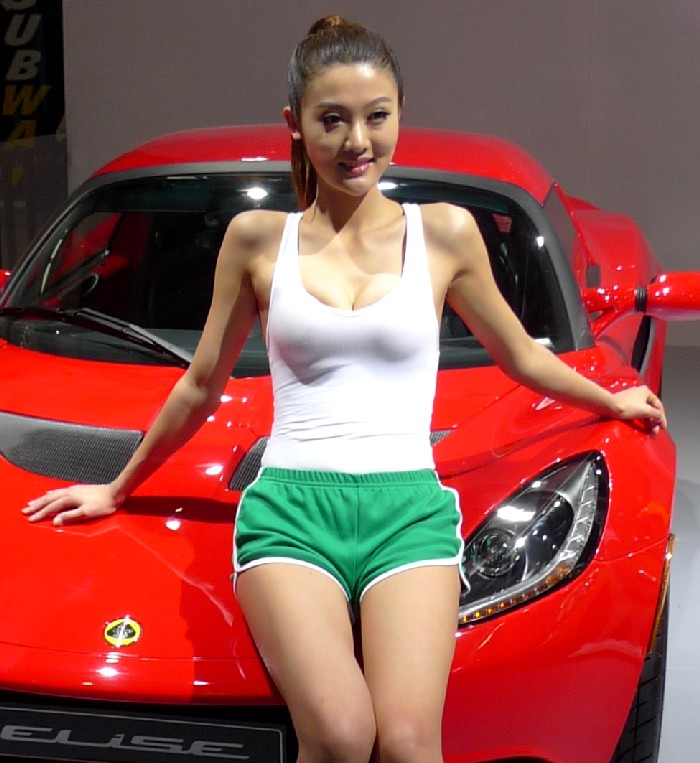 China’s state controlled media have been criticizing the organization of the 2012 Beijing Auto Show for having too many sexy girls without too many clothes on. They even go so far as saying those practices have a “negative social impact.” Is this the end of the party? Yez, it likely is.

When articles like this start to appear in state media it usually means something is about to change. The central government can simply order organizers to make sure the babes wear something more decent. If they don’t, licenses will be revoked and large fines handed out.

People’s Daily, commonly known as ‘the mouthpiece of the Chinese Communist Party’ also wrote a very critical article on the girls, titled “Sexy models at auto show spark debate on morality”. To show what they were talking about they published some fine examples with the story.

Next big auto show is in Guangzhou in December, we’ll keep an eye on developments… From Xinhua:

Beijing authorities have issued a “serious reprimand” for an ongoing car exhibition that has stirred controversy for its scantily-clad models.

The Beijing’s Capital Ethics Development Office said on its website that the revealing clothing of some models at the 2012 Beijing International Automotive Exhibition has had a “negative social impact.”

The statement is believed to be referring to several widely forwarded photos of Gan Lulu, a controversial Internet celebrity, and Li Yingzhi, a BMW model, wearing a deep v-cut top and a skimpy diamond-studded dress, respectively.

China’s online community has showered the models with both praise and mockery, with some netizens saying the models have turned the event into “a breast exhibition with many famous cars.”

The office criticized the “vulgar publicity” surrounding the models. The exhibition’s organizers were asked to correct the situation on Thursday to ensure that it does not happen again.

The 2012 Beijing International Automotive Exhibition, which opened on Monday and will finish up on May 2, features 1,125 cars from both domestic and international companies.