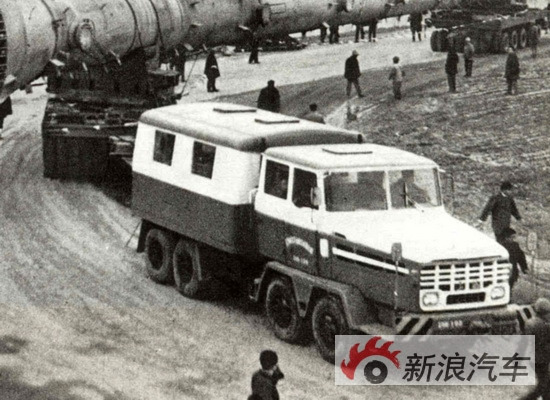 A very special machine today in China Car History. This is the mighty Shanghai SY990 heavy-duty tractor. It debuted in 1971 and was the first such vehicle developed in China. The SY990 was meant to haul extreme heavy loads such as the giant steam turbine engine it is hauling on pic. Maximum load was an impressive 300 ton.

The Shanghai XY990 was developed by the Shanghai Diesel Engine Factory. Power came from a 24 liter V12 (!!!) diesel with an output of 394hp and 1667nm, mated to a six-speed manual gearbox that shipped the horses to all six wheels. Production of the XY990 continued until the late 1970 but how many were made is as usual very unclear. As far as I know none XY990 has survived until today, and that indeed is a sad thing because this is a Great Machine. Via: Zjol.