Freak Accident in China: big Rock crushes 400 Boxes of Beer and some Cars 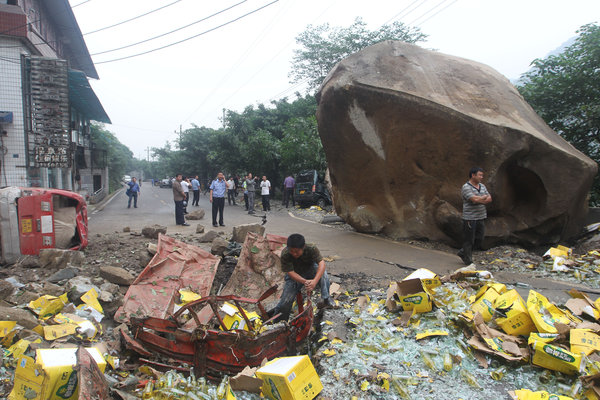 Here we have an interesting freak accident from China, it happened on a mountain road near the great city of Chongqing. Two huge rocks came down the mountain and crushed five cars. One of the rocks, estimated to weigh 200 ton, hit a truck loaded with 400 yellow boxes of beer, the truck and the beer were sadly destroyed. Can’t believe writing this on a Friday! There was some good news too. Nobody died and only three people were injured. A miracle indeed. 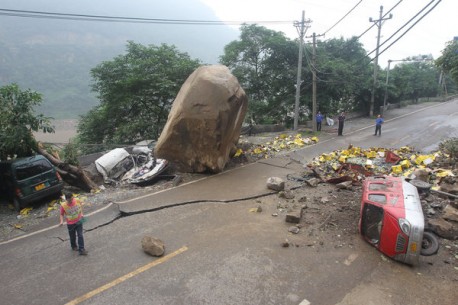 A smaller rock, weighing about 100 ton, hit the road first and blocked it. People managed to get out of their cars and run for cover before the big one fell. They must be shaking a bit, longing for a beer, which in this case they CANNOT get. Note 3-wheeler on the right. 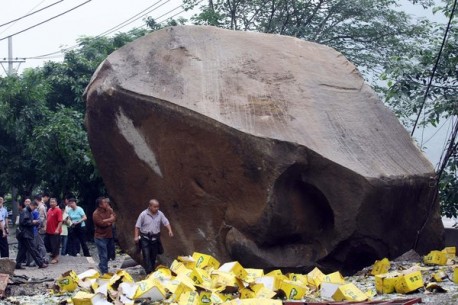 Beer on the Rocks. According to Chinese media the falling was likely caused by heavy rainfall over the previous days. But there is no sand or mud visible on pics, which is kinda strange. I think somebody was busy building something up there and made a BIG mistake. Police is “investigating the cause of the accident”, which means we will never hear anything about it anymore. 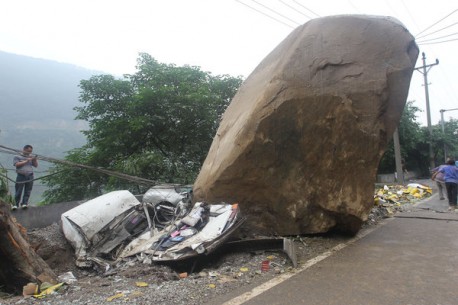 Cars on the rock. Big rock came to a stop on the side of the road, local police happy, no need to remove it. 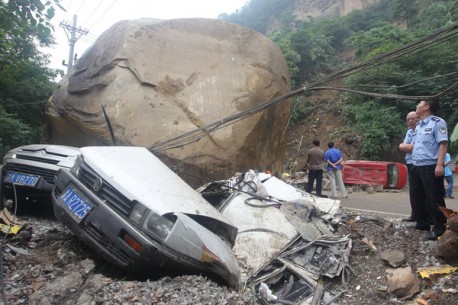