Skoda to develop new MPV for the Chinese car market 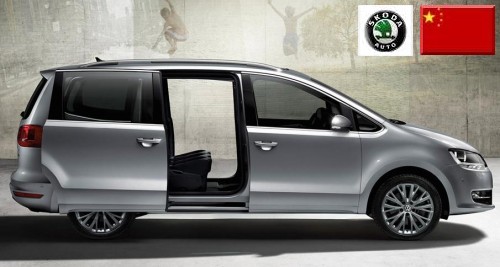 Jia Mingdi, general manager of Shanghai Volkswagen Automobile Sales, told Chinese media that Skoda will develop a new MPV especially for the Chinese car market. The MPV will be made in China by the Shanghai-Volkswagen joint venture. Earlier on we heard Skoda is developing a large SUV for the Chinese market.

The MPV will likely be based on an existing Volkswagen platform, probably the same platform that underpins the Volkswagen Sharan and Seat Alhambra. The Sharan is currently imported into China and Seat will start importing the Alhambra soon. The Skoda MPV however will be locally made and therefore some 25% cheaper. Via: Autohome.