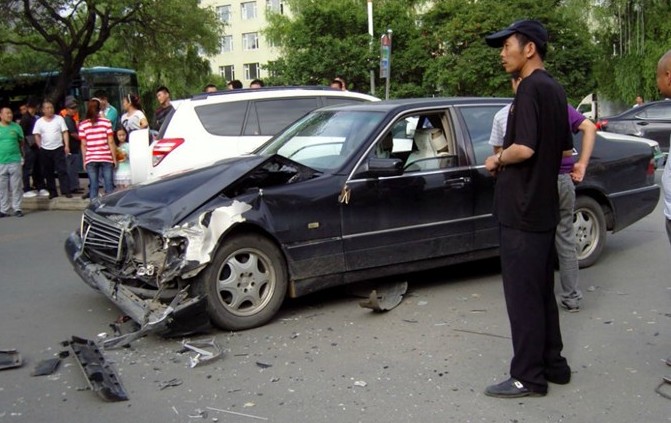 A terrible crash last week in the extremely polluted city of Jilin in Jilin Province. Terrible because the crash involved one of our favorite cars; the Mercedes-Benz W140 S-class, and yes it was an S600 V12! The other car involved was the rather boring Toyota highlander SUV, made in China by the Guangzhou-Toyota joint venture. The mighty Benz was hit hard but damage seems repairable. Now the Highlander: 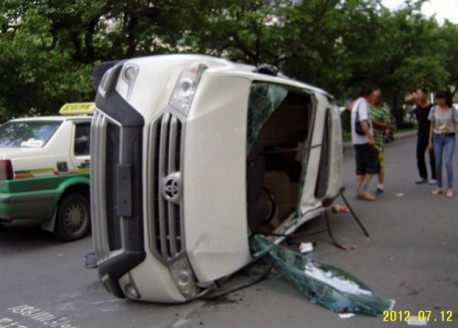 Yup, that is a totaled Toyota. Don’t fool with those old Benzes! The drivers of both cars were taken to a local hospital but were not seriously injured. Police in Jilin, invisible even if the world ends, say they will ‘investigate’ the cause of the accident, meaning we will never hear from it again and that the wounded owners of the vehicles have to fend for themselves while fighting their insurance companies. 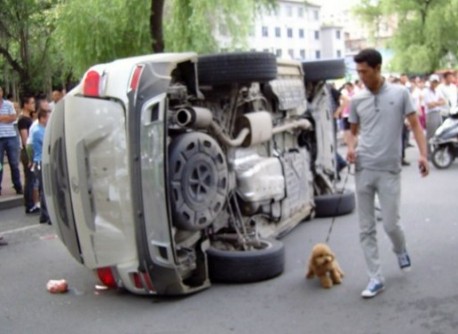 Grown-up men with small dogs always a bit strange, let’s hope it belongs to his girlfriend. 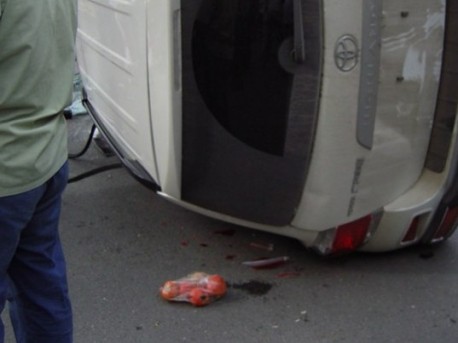 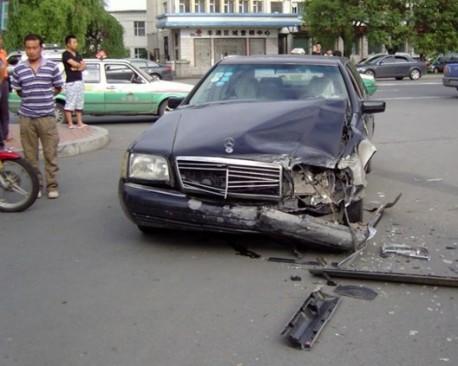 Poor old Benz. Survived the attack but parts will be hard to find. 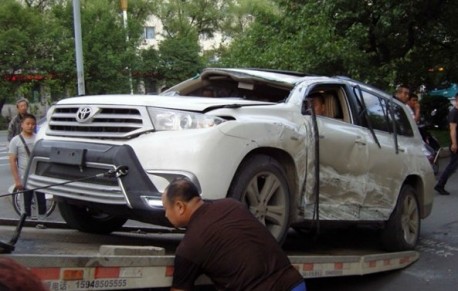