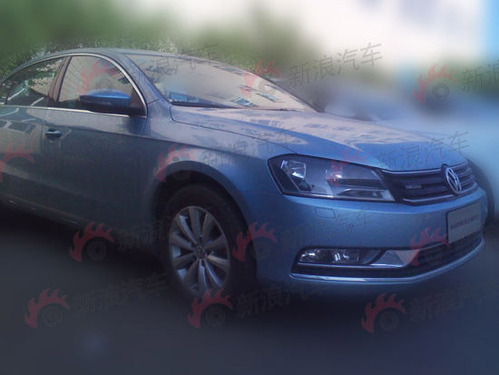 New spy shots from the Volkswagen Magotan Blue Motion in China. Earlier on we heard the Blue Motion would be powered by a 1.6 diesel, which we thought strange because diesel engines for passenger cars are forbidden in most Chinese cities, no matter how ‘clean’ they are. Chinese media report today that the diesel is out, in comes the 131hp 1.4TSI patrol, which sure is a better engine. 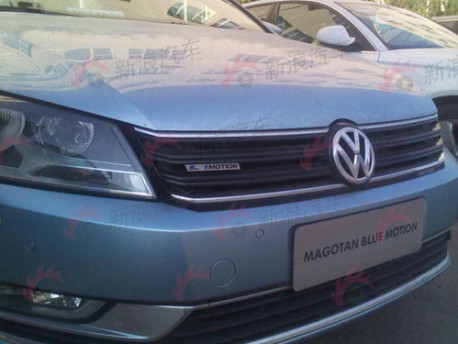 Other greenyweenythingies include a start/stop system, a brake energy recovery system and low resistance tires. Optical changes are small with a slightly different front and some Bluemotion-badges here and there. ‘Cause when you are green you wanna show the neighbors!

The Magotan is made in China by the FAW-Volkswagen joint venture. The other Volkswagen joint-venture in China, Shanghai-Volkswagen, also gets a green car. The Passat Blue Motion with exactly the same engine which will be launched later this year. 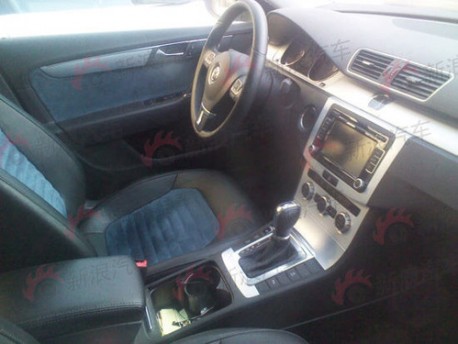