Nissan Bluebird comes in many Colors in China 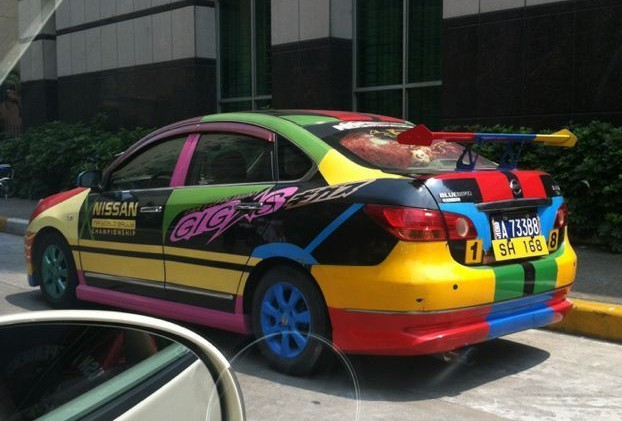 A very colorful Nissan Bluebird seen on a sunny street in the great city of Shenzhen in Guangdong Province, the second license plate is for Hong Kong which borders Shenzhen. The last-gen Nissan Bluebird was at first confusingly called ‘Bluebird Sylphy’, later on that changed to just ‘Sylphy’, the car on pic is an early Bluebird Sylphy, which was made in China by the Dongfeng-Nissan joint venture. We count seven different colors, including the fantastic blue painted alloys!