Super Car Super Spot in China: at the Hotel 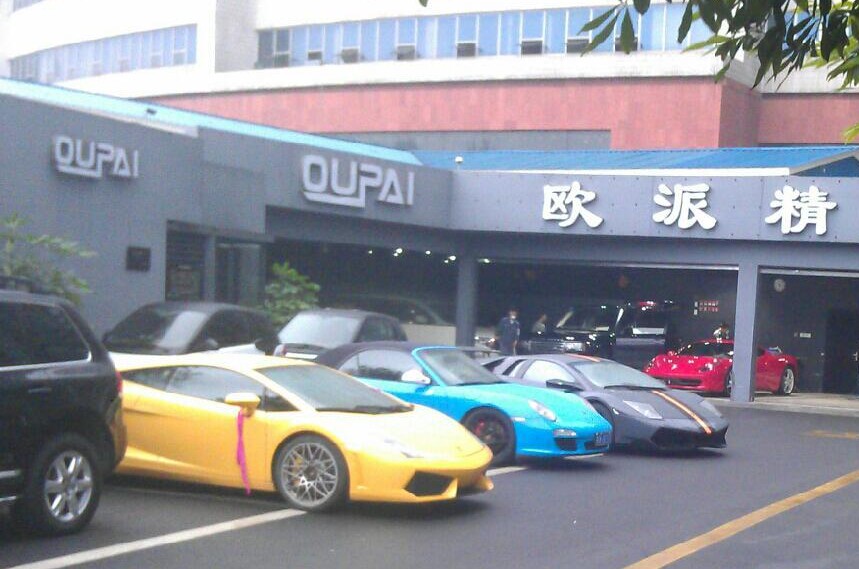 A new Super Car Super Spot© from China, this time seen at a hotel in the great city of Chengdu in Sichuan Province. From front: a Lamborghini Gallardo, a Porsche 911 Cabrio, an extremely rare Lamborghini LP 670-4 SV China Limited Edition and a Ferrari 458 Italia. Nice pack. Nice money too, let’s calculate. 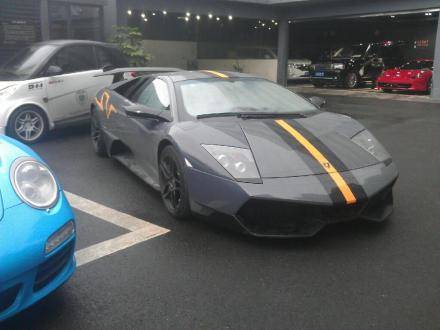 The Gallardo starts at 3.48 million, the last-gen 911 Cabrio started at 1.63 million and the 458 starts at 3.88 million. The price of the China-Lambo was sorta secret. We know it was about 30% more expensive than the standard Murcielago which started around 5 million in China. Let’s make it 6.5 million. That’s 15.49 million or 2.47 million USD. Probably enough to rent all rooms of the hotel for five years, plus breakfast and a sweet waitress.