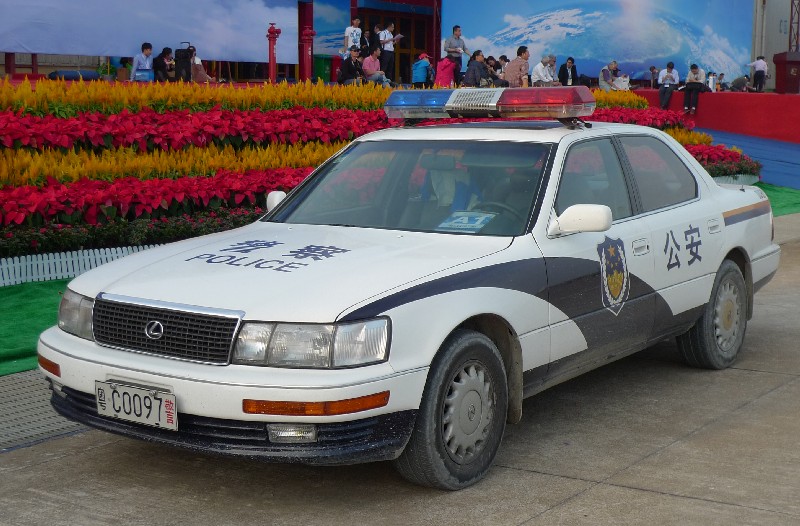 A very fine Lexus LS400 police car, seen on the Air Show China in the great city of Zhuhai in Guangdong Province. The vehicle was used to escort VIP limousines around town. Such ‘limousines’ are usually heavily modified Toyota Coasters which go faster than airplanes. 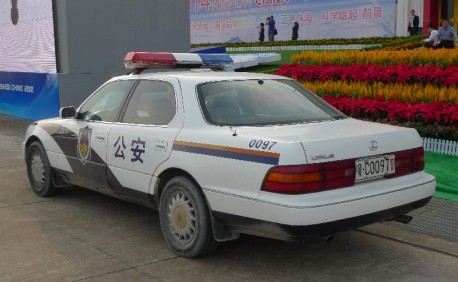 The first generation Lexus LS400 was powered by a 250hp 4.0 V8 engine, likely just enough to stay in front of the VIP’s. The classic LS400 was made from 1989 until 1994, timeless design makes this Lexus still a beautiful car today, even more so in police livery. The first generation LS400 was never officially exported to China and therefore very rare in the country, up until now we only met one crazified example in Beijing.