BYD Qin shows its Back in China 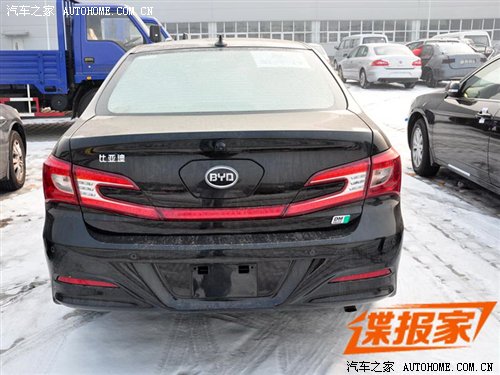 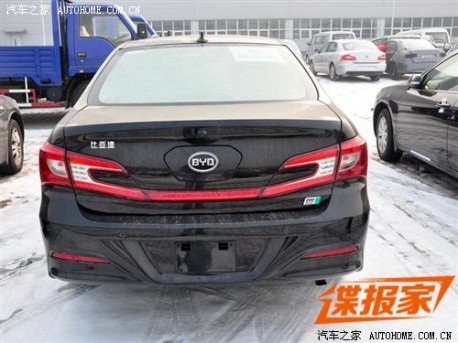 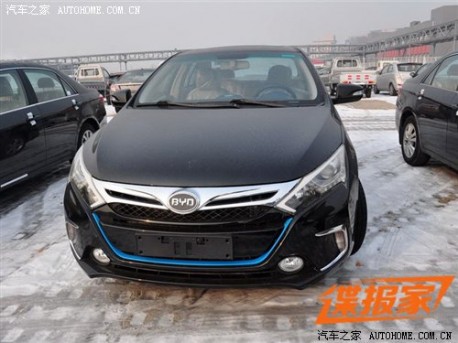 The front didn’t change much either. Fog lights are new, and so is the fuzzy blue strip in the lower part of the bumper. Blue = Green these days, when other motorists look in their mirror they will know a hybrid coming. An come it will! Combined output of the hybrid system is 315 horses and 440nm, making the BYD Qin one of the fastest production hybrids in the world. 0-100 will be gone in a slick 6.9 seconds. Price will start around 130.000 yuan, the production version of the BYD Qin will debut on the April 2013 Shanghai Auto Show. 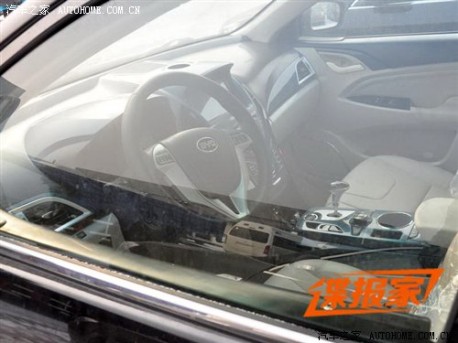 Dash very tech. Center tunnel with a lotta alu and a space age gear lever. Giant screen in the center console for showing hybriddy-diddy graphics and distracting the driver. The BYD Qin is based on the BYD Su Rui sedan that was launched on the Chinese car market in August.