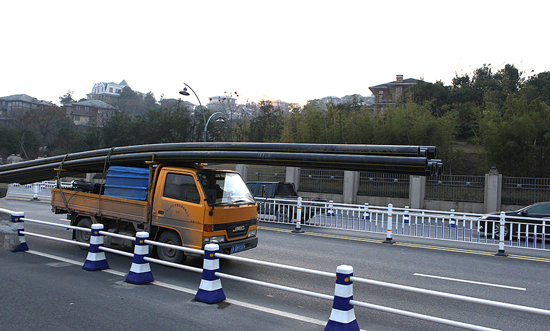 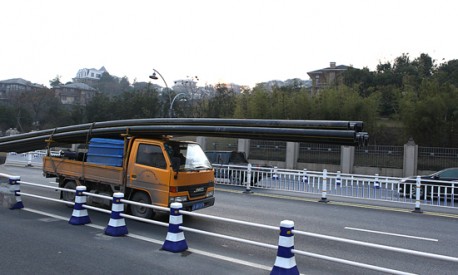 A very interesting way of transporting a bunch of very long plastic pipes, seen on a highway near the great city of Hangzhou in Zhejiang Province. The JAC truck is less than half as long as the goods. No problem in China, a bit of rope will fix that fine! 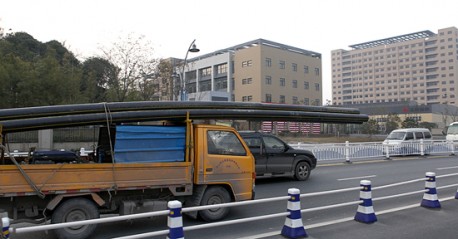 Going around the highway with pipes like this is officially very forbidden in China, but in reality nobody cares. The basic idea is: ‘as long as it doesn’t crash, it is not that dangerous’. Wise we say… A few other notable Chinese ways of transporting things: 26 Volkswagens, a big tree, pigs, tricycles, a gas tank, trucks, 12 bags of rice, a minivan, and a tank turret.

Thanks to reader Ivo!