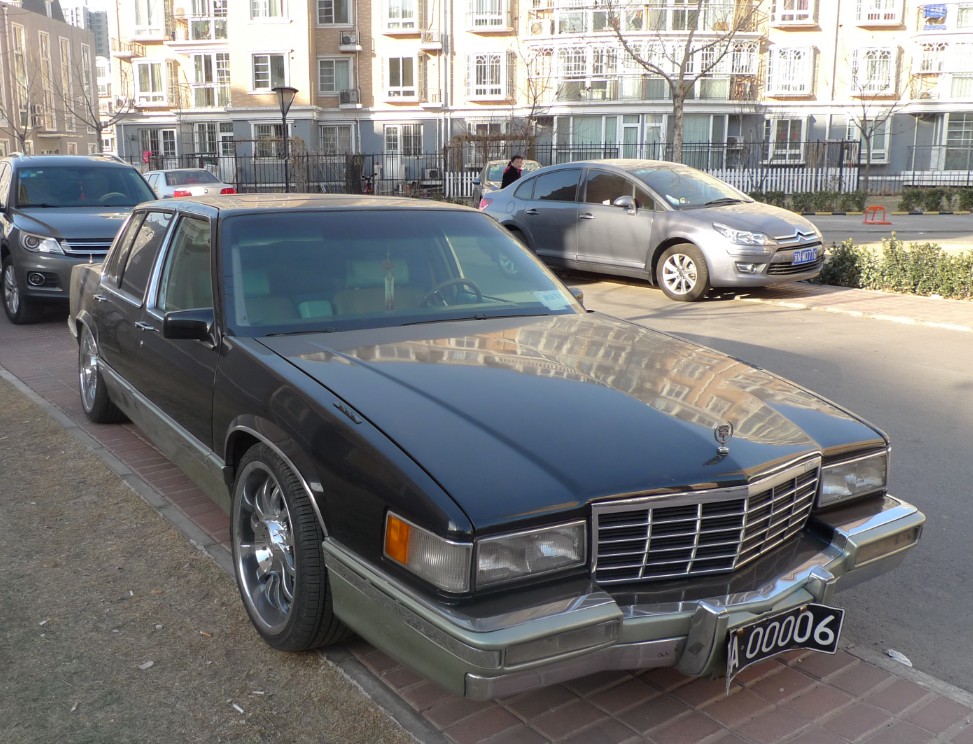 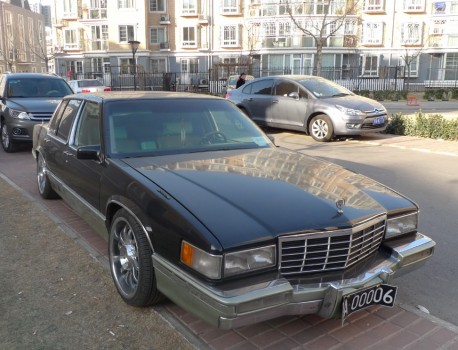 Here we have a very pretty and very pimped Cadillac de Ville sedan, seen in faraway Tongzhou District in Beijing. The sixth generation de Ville was made from 1985 until 1993 and never officially exported to China, this black attacker is the first example I see in the Capital. 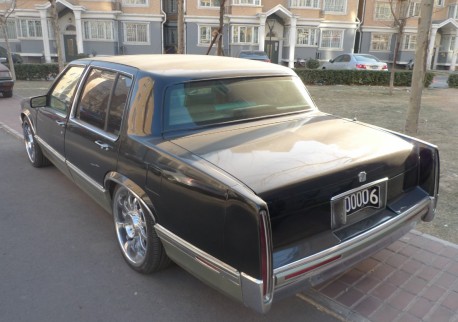 Beautifully pimped with giant wheels and a perfect paint job. Loads of chrome, most of it period, all still shining, even on that not so sunny day! Tail fins will slice those Geely and Chery vehicles in two, when reversing.  The Caddy has black license plates indicating it was brought in by a foreign-funded company, but the number 000006 is so weird the plates are likely fake.

The Cadillac de Ville was powered by a 200hp 4.9 liter V8, mated to a 4-speed automatic transmission. Top speed was 160km/h, which can be fully used here; the 16 kilometer long highway from the Third Ring Road to Tongzhou can be really quiet after midnight… 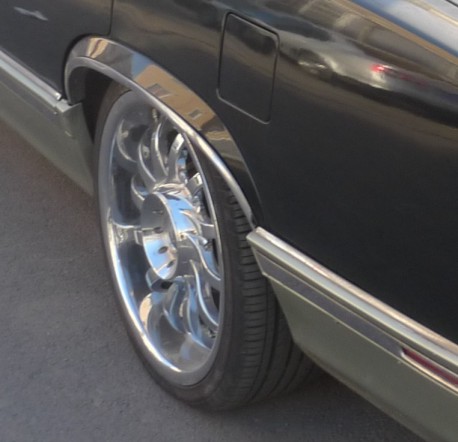 The alloys are truly works of art and definitely not made by Cadillac. Thick spokes of aluminum around an even ticker center. Badass car, good car.