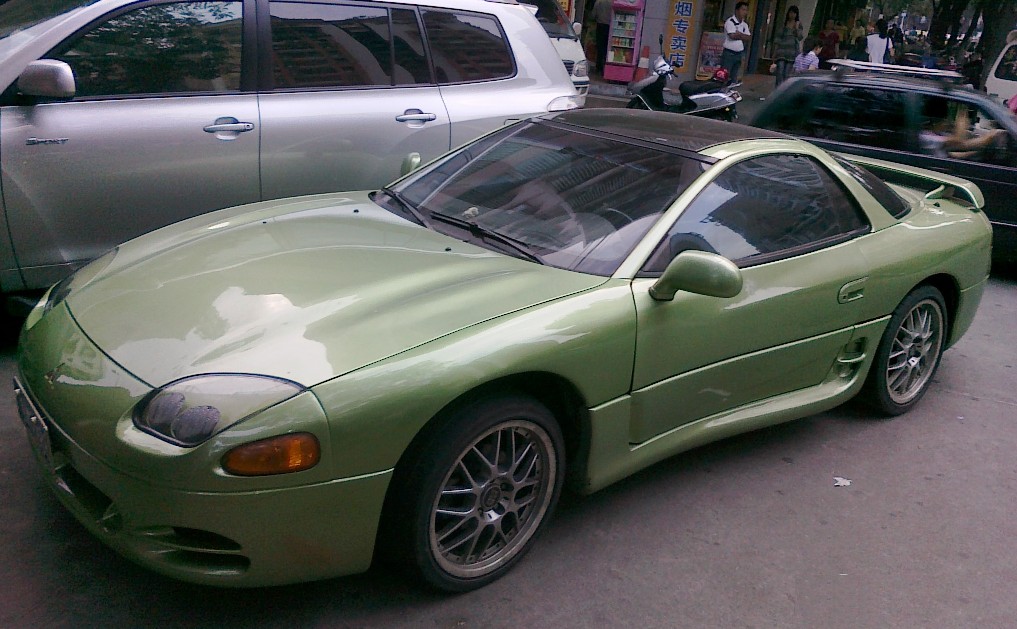 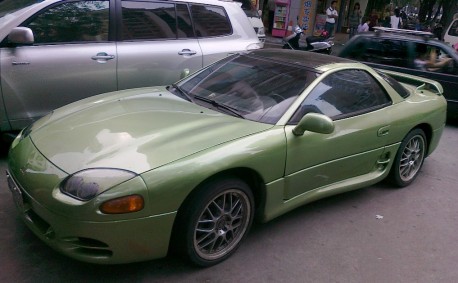 A very green Mitsubishi 3000GT seen on da streets of the great city of Jiangmen in Guangdong Province. The Mitsubishi 3000GT, aka Mitsubishi GTO, was made from 1990 until 2001 and sadly never officially exported to China, but a small number arrived on Chinese shores via the gray market. Base engine was a 3.0 V6 with 220hp, which was later tuned up to 276hp for the GTO MR and to 321hp for the VR-4. The green car in Jiangmen seems to be standard 220. The 3000GT was also rebadged as Dodge Stealth which is even more rare in China, but we met one in Beijing.