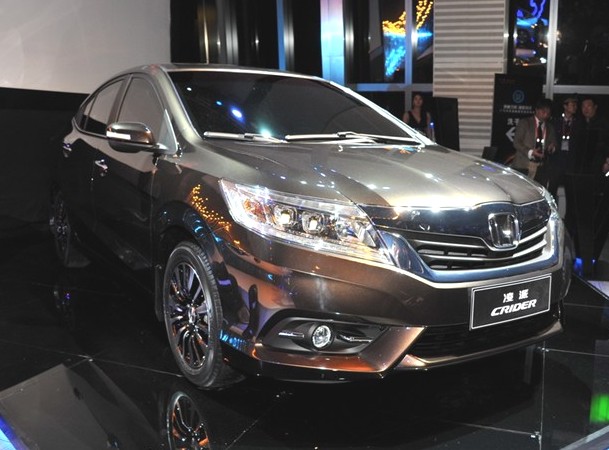 The Honda Crider concept car debuted yesterday evening in Shanghai, just before the start of the Shanghai Auto Show that begins tomorrow. The Crider, which stands for ‘Criteria’ and ‘Dreams’, previews the production version of the Honda Concept C that debuted on the 2012 Beijing Auto Show. 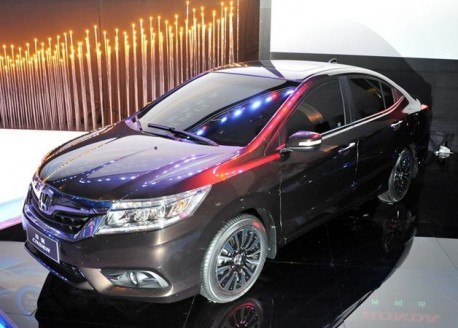 The Honda Crider concept seems very near to production, launch on the Chinese car market is expected for May or June. It is a new China-only mid-size sedan that will be positioned under the Honda Accord. It will be made in China by the Guangzhou-Honda joint venture that also makes the Accord. Honda is considering export from China to other Asian countries but plans are not finalized yet.

Price will start around 130.000 yuan and end around 170.000 yuan. The Concept C will compete with cars such as the Volkswagen Sagitar and the Citroen C4L, relatively small sedans with a premium look & feel. Hyundai is also working on a competitor for the same segment which will debut on the Shanghai show tomorr0w. 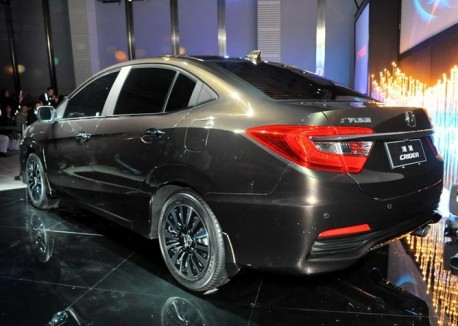 Rear lights are almost taking over the whole car. Utterly out of proportion. Rest of the vehicle looks good enough but the wheels look extremely small, note how the rear wheel sits in the wheel arch, with loads of room to spare. 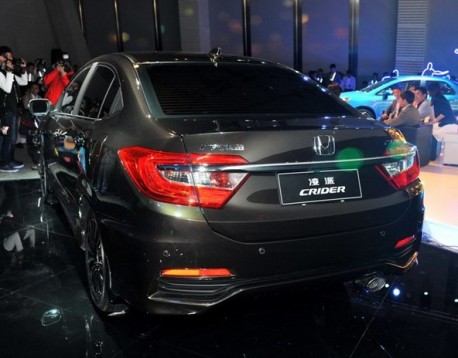 Rear lights are the rear. Chrome strip is good. 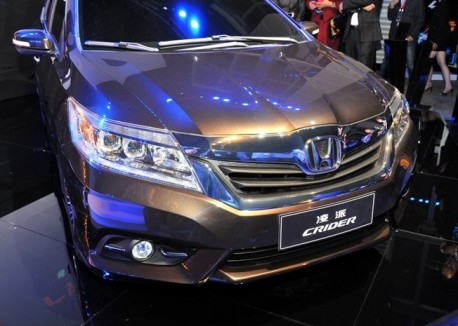 Front light very large too. Very Acura, which is not a bad thing. 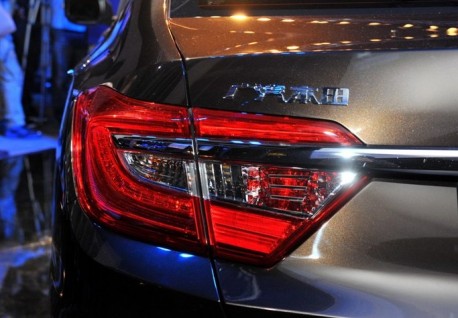 Rear light taking over my picture.