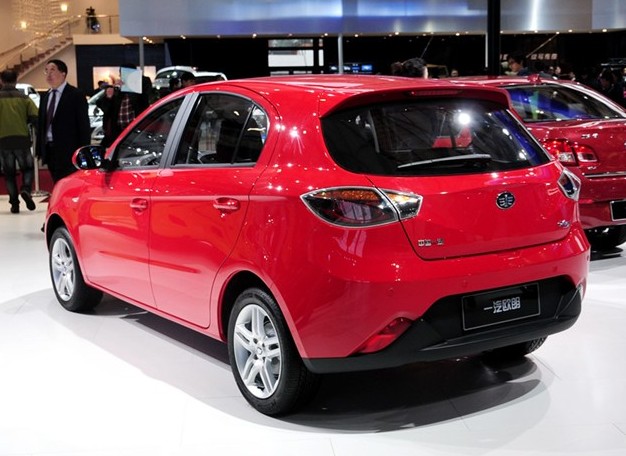 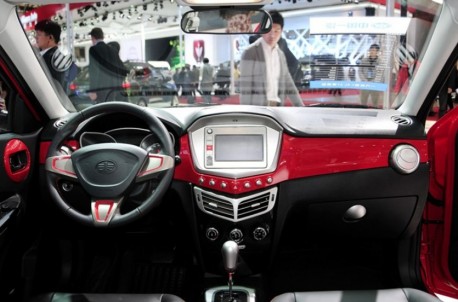 Just look at this… What a beautiful madness here, from those very serious FAW engineers from the cold north. Impressive. It all loox like a transformer toy mixed with some Fiat and some Fiesta, but the overall result is original to the max. Red accents on steering wheel a great touch. Air vents roind and air vents square. Dash in gray, red and black.

May we wish more cars looked like the Oley hatch! Dash of the Oley sedan has the same design but only comes in boring colors, which makes a big difference. 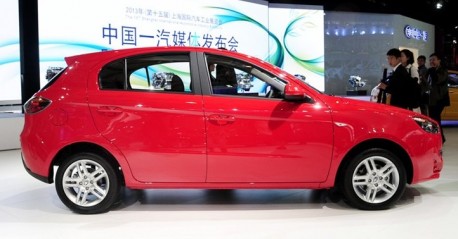 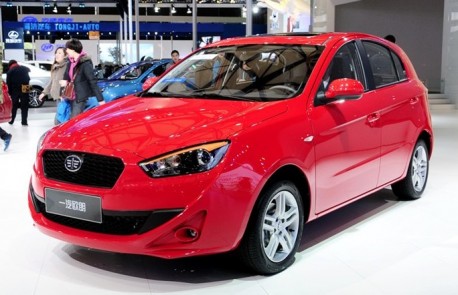 I waited with this pic because the front is still the one part where the Oley is simply ugly. Earlier on we saw spy shots of an Oley sedan with a new front-end but it seems that project is still ongoing. 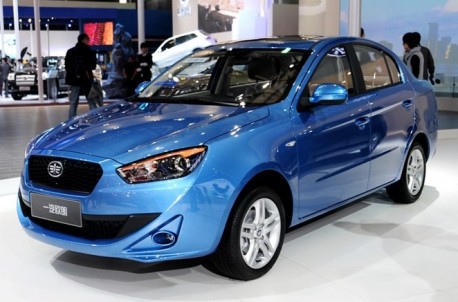 The sedan on the Shanghai show, front unchanged.