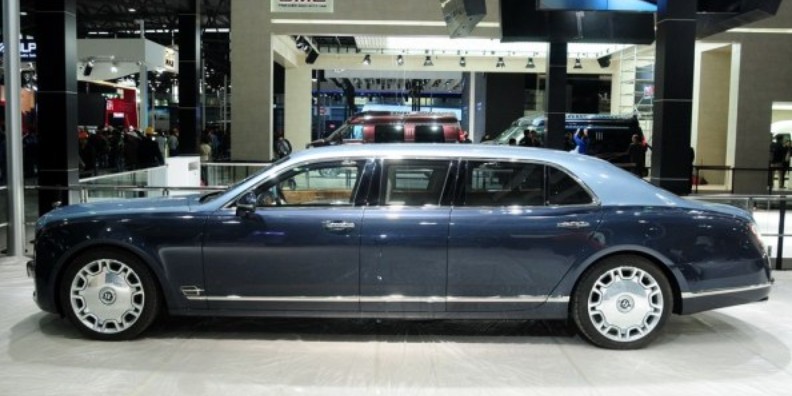 Carat Security Group, the Belgian company which specializes in providing armored limousines worldwide, plans to open its first manufacturing facility in China. Carat Security, which produces vehicles under the Carat Duchatelet and Centigon brands, has a 40-year history in the business. It has supplied vehicles to royal families in the Middle East, African leaders, and top Western government officials, said Benoit Ceulemans, its vice-president.

In 2011, the Monaco royal family ordered its remodeled Lexus cars for the wedding of Prince Albert.

He said China is becoming its most promising market.

“Different from the Middle East and Africa, we are looking for individuals, private businessmen and company owners (as customers in China),” said Ceulemans.

He added that although the after-tax price of its cars sold in the Chinese market can be as much as 8 million yuan ($1.3 million), sales are brisk.

Every year the company refits about 70 luxury cars, with work including extending their length, and adding armor.

“We have not sold a lot of cars to Europe, we are always looking for overseas markets and 98 percent of our cars are exported to other countries,” Ceulemans explained.

This year and next, the company will focus more on the Chinese market and its goal is to sell about half of its production to China in 2014.

The company had sales of about 100 million euros last year, and employs 800 people worldwide in seven vehicle manufacturing facilities including Belgium and Brazil, and is now considering one in China.

According to the US research company McKinsey & Co, demand for luxury automobiles in China is expected to reach 3 million cars by 2020, from the 1.25 million sold in 2012.

“Annual volume growth of more than 20 percent is foreseeable for luxury SUVs, compared with around 10 percent for basic family models.

“China had already become a leading luxury market by 2010, and could overtake Japan to become the biggest such market by 2015,” the Mckinsey report said.

Ceulemans said the company attended the Shanghai International Automobile Industry Exhibition two years ago, and the two cars it brought were sold there and then.