Mercedes-Benz CLA will be Stretched for China 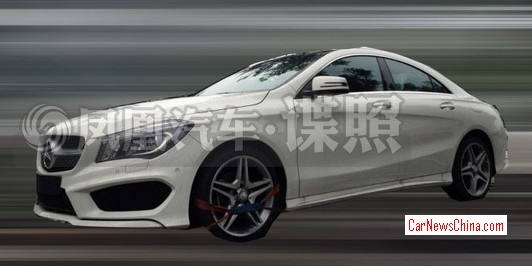 Mercedes-Benz is working on a stretched variant of the CLA for the China car market. The stretched CLA will be made in China by the Beijing-Benz joint venture, production will start in 2015. Until then the Euro-made non-stretched CLA will be imported into China, and one white test car was seen on the back of a truck on a road near Shanghai. 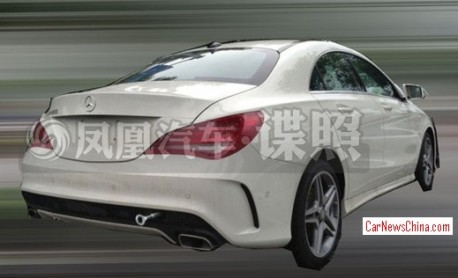 The imported Mercedes-Benz CLA will be launched on the China car market late this year, announcement of price and program is expected for the Guangzhou Auto Show in November. Power will come from 1.6 turbo and 2.0 turbo petrol engines.

The CLA will have to appeal to the young and rather rich, because it will be very expensive. Price of the imported CLA will star around 400.000 yuan or 65.000 USD. The locally made CLA will be some 20% cheaper.

The CLA has been closely connected with China since birth. The Mercedes-Benz Concept Style Coupe which previewed the CLA had its worldwide debut on the 2012 Beijing Auto Show.