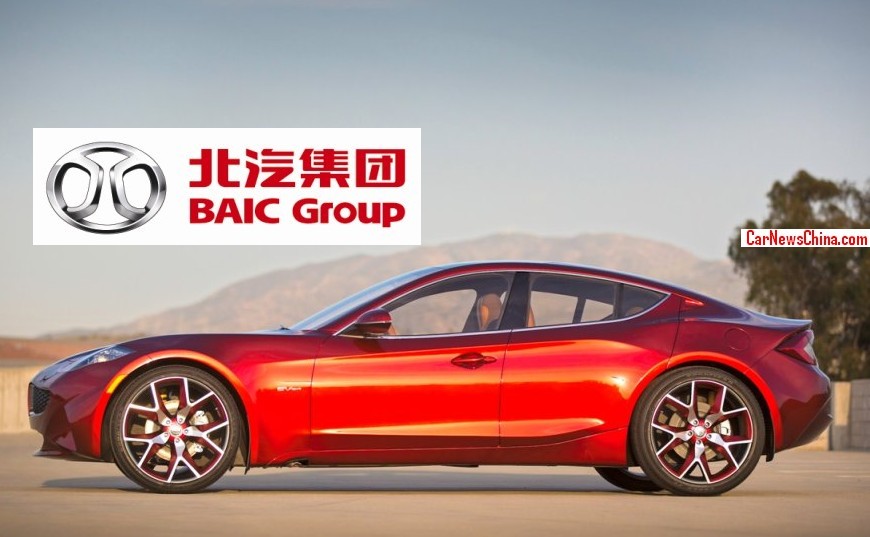 China’s state-media are reporting in a very positive way about BAIC wanting to buy Fisker. The positive reporting indicates that state-owned BAIC has obtained permission by the Chinese government to make the move.

The Chinese government wants more electric vehicles on the road, preferably made by Chinese companies. BAIC is one of the biggest automotive conglomerates in China, but yet without any EV in production. The article says buying Fisker would be “a worthwhile shortcut” to obtain technology.

On Sunday, a delegation from Beijing Automotive Group visited Fisker, an innovative electric automaker located in California. Under pressure from more and more automakers developing electric vehicles, BAIC is now “racing against time”.

Fisker employed a lawyer to prepare for bankruptcy protection in March this year. Concurrently, Fisker has been seeking partners in China. Some Chinese companies have expressed acquisition intentions, including BAIC, Zhejiang Geely Holding Group, Dongfeng Automobile Group and Wanxiang Group.

BAIC, showing great interest in a newly-developed electric car, called Atlantic, aims at acquiring integrated technology through the purchase of Fisker. BAIC has to speed up its development of electric vehicles as China is promoting new energy vehicles. An acquisition could be a worthwhile shortcut to achieve this goal.

Last year, Wanxiang Group completed the purchase of A123 Systems, which plays a vital role in Fisker’s electric vehicle development.