Volkswagen New Beetle is a Lowrider in China 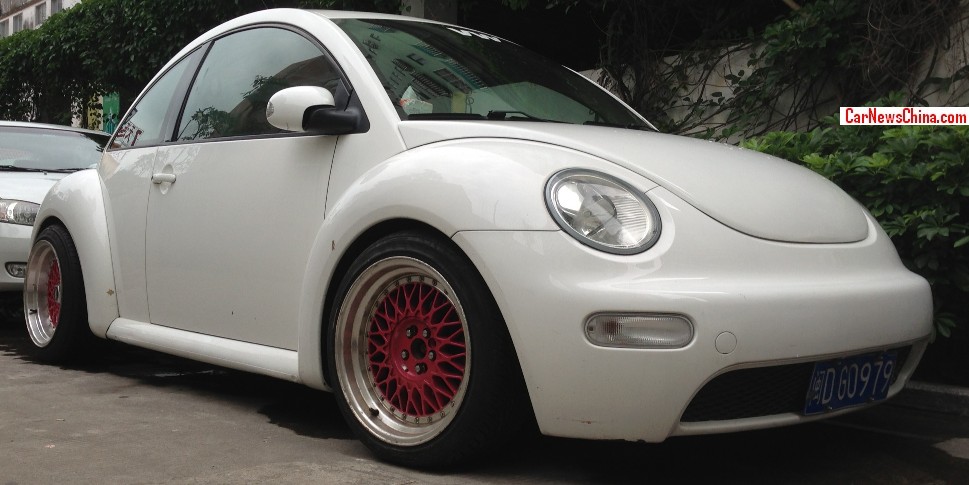 An extremely funky lowriding Volkswagen New Beetle, seen in the great city of Xiamen in Fujian Province by reader Pinut187, thank you for the pictures! The good Volkswagen was lowered to the max, sprayed in pearl white, and set on racy wheels with chrome-Pink alloys, making for one of the best New Beetles I have ever seen. 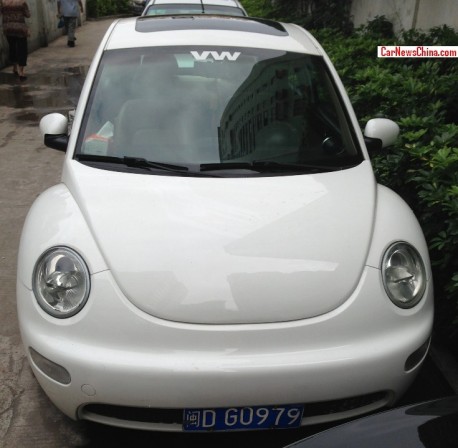 Volkswagen logo removed from the bonnet, likely for more speed, or probably for aesthetic reasons. Whatever why, a sorta VW logo does appear behind the front window, so the world will still know what a vehicle this is. The New Beetle was officially imported into China and was very popular among young ‘n somehow wealthy womenfolk. This particular white car however seems very manly. 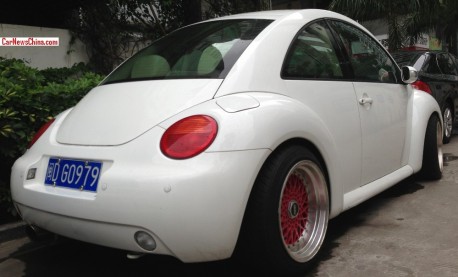 No logo at all on the back. Pink alloys color nicely with rear lights. Voluptuous lines very good in white. Almost every New Beetle we see is modified in some way. Time now, for our Famous China-Beetle Collection™: Pink, Leopard, the new one, matte pink, Minnie Mouse, pink, and Lucky Star. 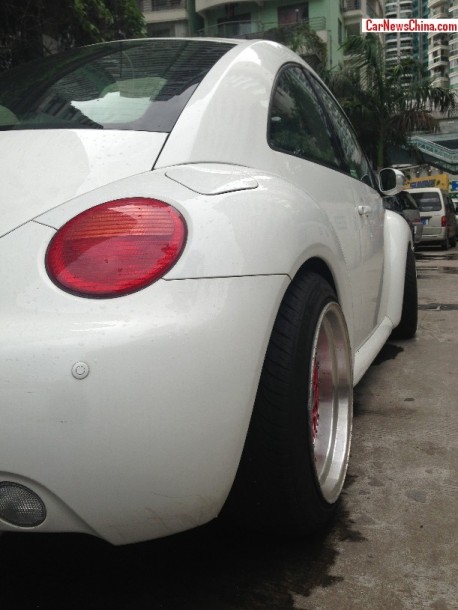 Brilliant picture of a brilliant car.