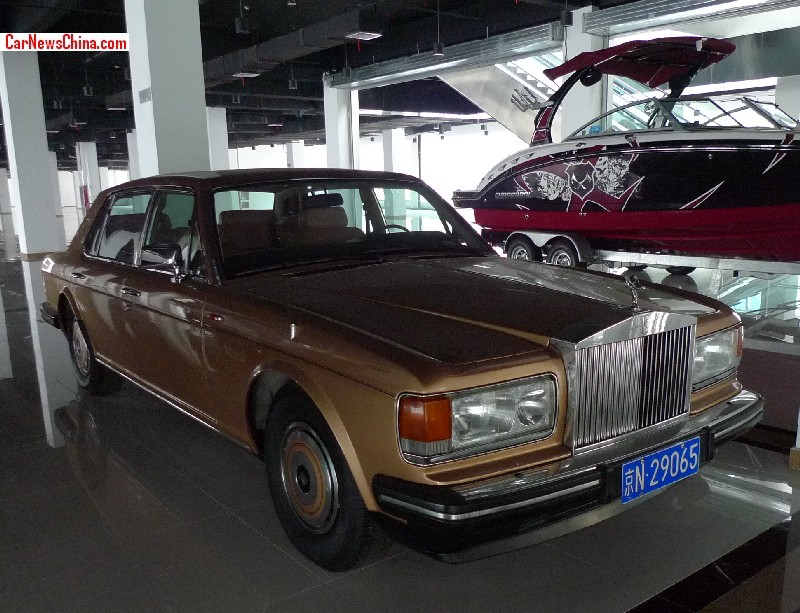 An extremely beautiful Rolls-Royce Silver Spur, seen in a very spooky building in the center in Beijing Tuning Street in the capital Beijing. The Roller was parked in a giant hall, flanked on each side by a speedboat on a trailer. The building was otherwise empty. 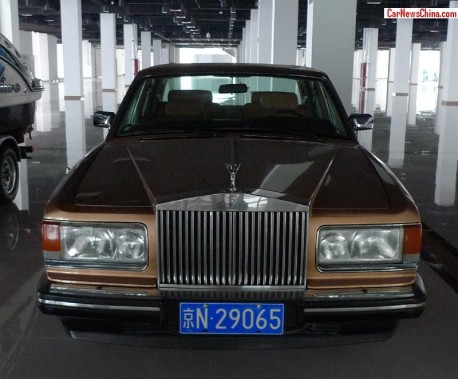 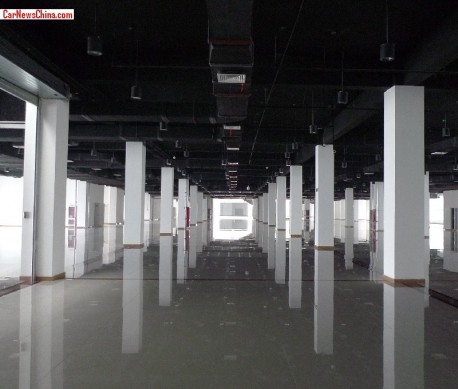 A rather lonely guard told me the building was completed a year ago, meant for tuning-shows and exhibitions but so far however none was ever held. The building looked very modern and surprisingly clean, good place for a speedy show. On top of the hall were two more floors with office space, which were completely empty too. 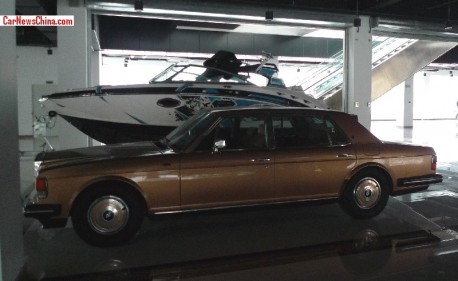 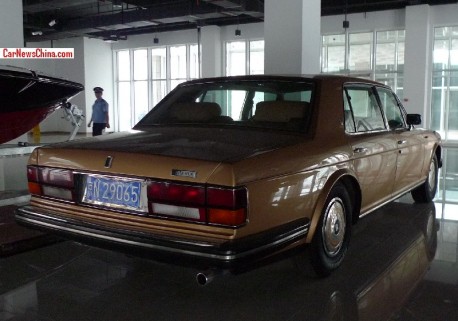 The guard on the left, wearing a police-style hat, as is the habit in China. No hook on the Roller so it can’t pull a boat. The guard didn’t know why the cars and boats were parked inside the hall, but he did know they all belonged to one very rich man. 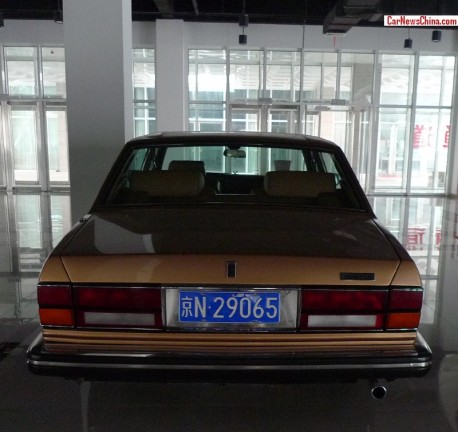 And a lucky man that is! This Rolls-Royce is nothing less than an automobile monument. He should buy the whole hall, park the car in the middle, and have a permanent exhibition. 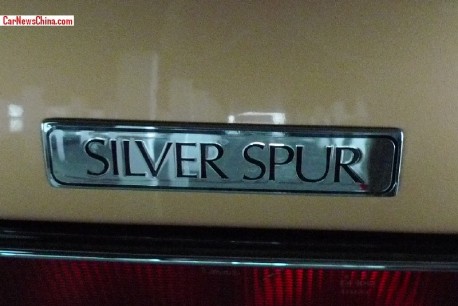