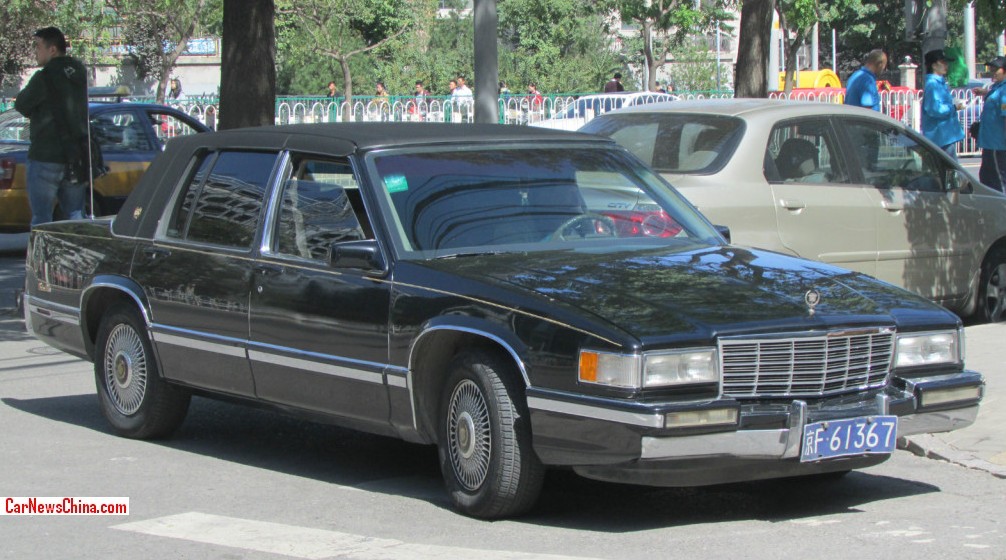 This is a top-spec versions with shiny multispoke alloys, a full-size vinyl roof, chrome around the wheel arches, and darkened windows. The Caddy seems to be in perfect condition, which is rather special in China because the Sedan de Ville was never sold on the Chinese car market so parts and expertise are very hard to get. 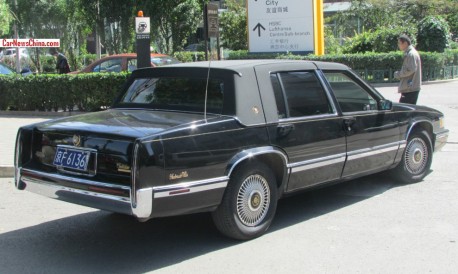 The antenna needs some work, but otherwise a brilliant example. Power came from a 4.9 liter HT-4900 V8 with an output of 200hp and a very neat 373nm. That’s more than enough to waft comfortably through the traffic jams in the capital… By far the very best old Caddy we have seen in China so far, may she ride along for a many years more.