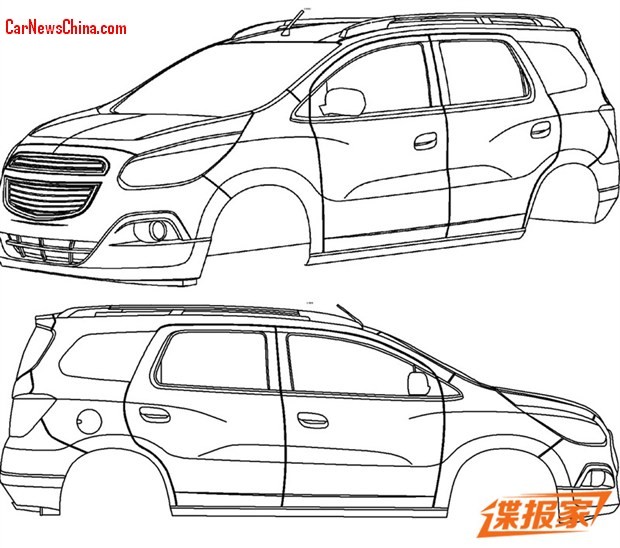 GM has applied for patent on the Chevrolet Spin for the China car market. We knew she was coming; back in February we saw the first Spin testing on Chinese roads. The Spin will be launched on China in 2014, debut is expected for the Beijing Auto Show in April next year. 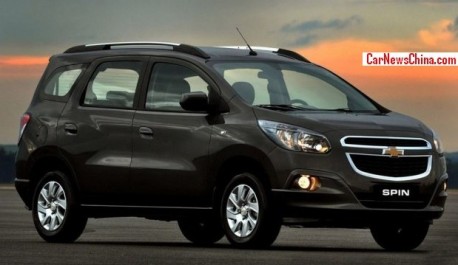 The Chevrolet Spin was designed and developed by GM do Brazil, it is currently in production in Brazil and in Indonesia. The Spin will be made in China by the Shanghai-GM joint venture. Power will come from a 1.8 liter four-cylinder petrol engine with 147hp and 176nm, mated to a 5-speed manual or 6-speed automatic.Size: 4620/1735/1644mm, wheelbase is 2620mm.

GM doesn’t make a compact MPV for the Chinese market yet. The Spin will fit in nicely just above the cheap mini-MPV’s made by Wuling. Price will start, estimated, around 80.000 yuan.