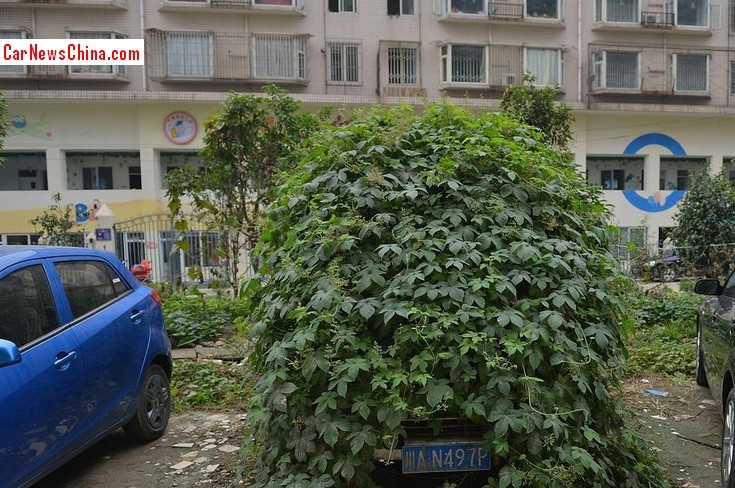 Police were called in to take care of a leaf-covered ‘Zombie Car’ from a parking lot in the great city of Chengdu in Sichuan Province, but the job proved far from easy… In China abandoned cars are generally known as ‘zombie cars’, and this particular example was left alone about a year ago. 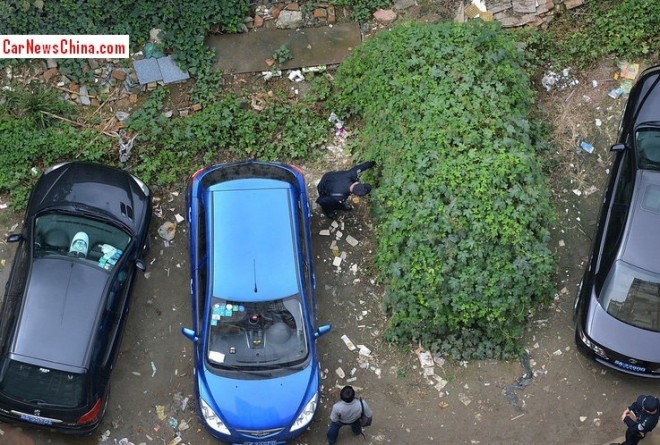 Nature attacked the minivan with full force, making it almost untouchable. Police managed to track the original owner, who said he sold the vehicle three years ago, and couldn’t remember anything at all about the buyer. Police then decided to confiscate the minivan and remove it.

The vines however were so thick and thorny that the officers were unable to dig the minivan out. After careful deliberation they came up with a rather smart solution. 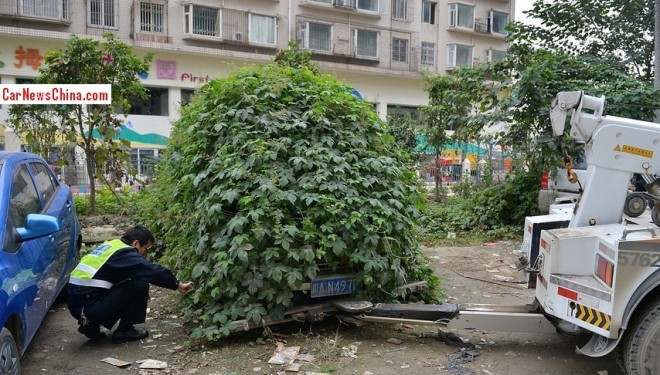 Police proceeded to tow the van away, with the leaves and all in place, leading to… 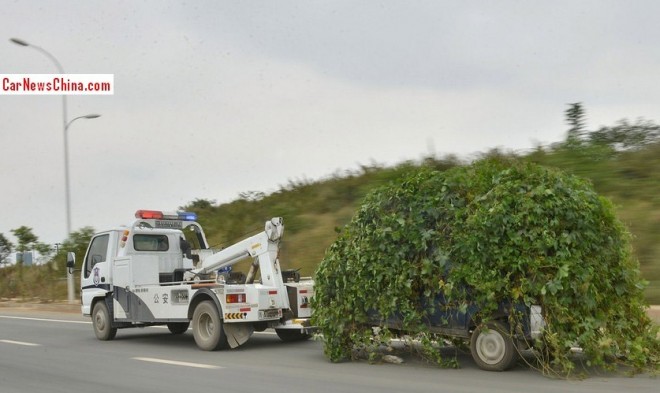 … this bizarre sight on the highway. The owner of a certain Audi better take note.