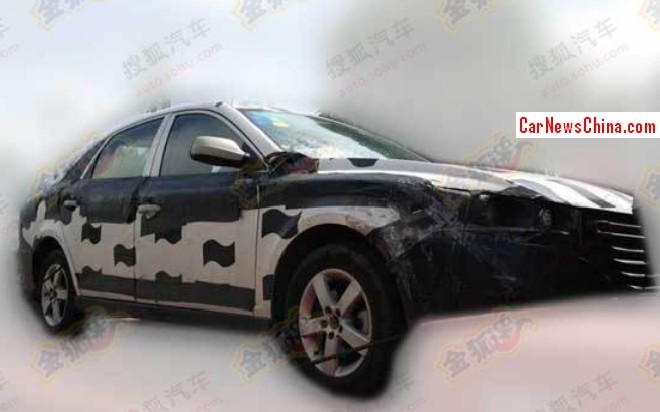 New spy shots of the upcoming FAW-Besturn B30, a new entry-level sedan for the  FAW-esturn brand. The B30 will debut on the April 2014 Beijing Auto Show and it will be be launched on the Chinese car market in the first half of 2014. Price will start around 60.000 yuan and end around 80.000 yuan. 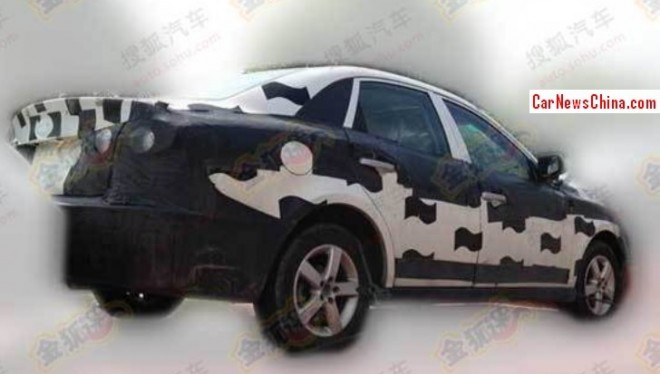 Sporty round rear lights are an interesting design detail. Wheels look awfully small yet again. Chinese car makers like to fit small wheels to get fuel consumption down in a very cheap way, no matter the looks or safety.

The B30 is based on the old Volkswagen Bora which was made in China by the FAW-Volkswagen joint venture. The base engine for the B30 will be the 106hp 1.6 sourced from the old Bora, but Chinese media say FAW is also working on its own 1.3 and 1.5 liter engines which will eventually replace the Volkswagen unit, but at launch only the 1.6 will be available.

Interestingly, Chinese automotive media say that FAW is also working on yet another cheap sedan, based on the same Bora platform but slightly shorter, for the struggling Oley brand.