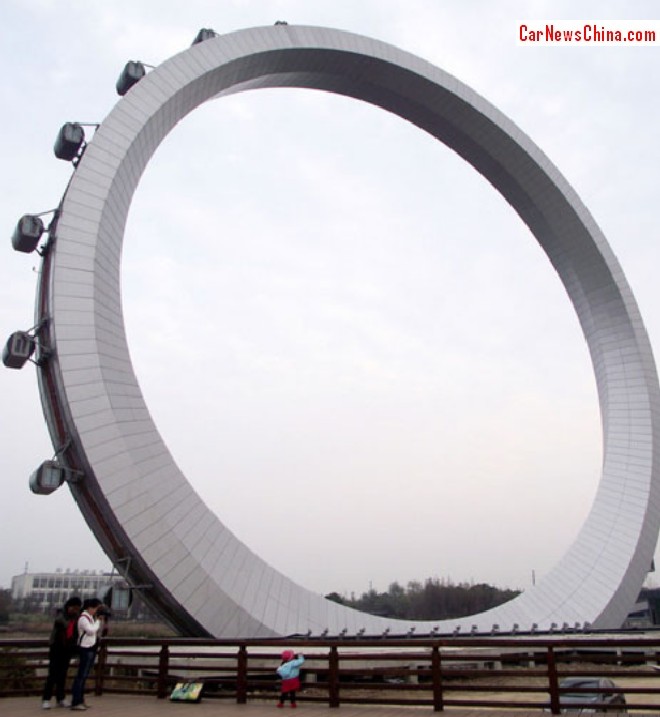 Construction of the largest spokeless Ferris wheel in the world has been completed in the great city of Changzhou, Jiangsu province. Building began back in 2009 and has cost more than 150 million yuan ($24 million). The project has been met with numerous delays.

Earlier this year, construction was halted for six months when additional safety checks were carried out. When the wheel will start rolling is unsure. China’s General Administration of Quality Supervision, Inspection and Quarantine (AQSIQ) still has to give formal permission, and the latest round of safety checks has yet to begin. 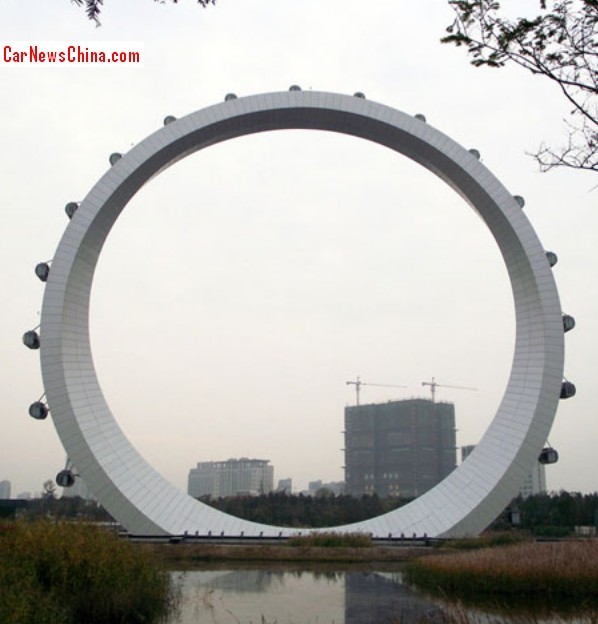 The Ferris wheel is named “shi lai yun zhuan,” which means “turn of fortune”. Its height measures 89 meters and total weight will is 3.000 tons. The wheel features 24 cars, each seating 5 people. A single rotation is expected to take 22 minutes. The wheel will have a speed of 16.4 degrees per second, the outer ring turning 0.2 m per second.

Changzhou hopes the spokeless (aka ‘centerless’ aka ‘hubless’) Ferris wheel will attract more tourism. However, the safety-related problems have been discussed in detail by all major Chinese media, so it seems unlikely many tourists will dare to make the round.

Zhijing Park, where the wheel is located, doesn’t seem to have much faith in the project anymore. The area around the wheel hasn’t been developed yet. No booth to buy tickets, no stall to to buy rice waffles, and not even a decent toilet. This giant wheel might very well become another giant white elephant. 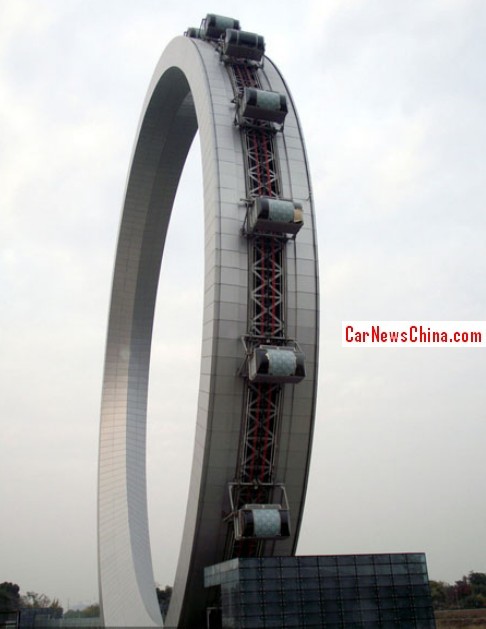 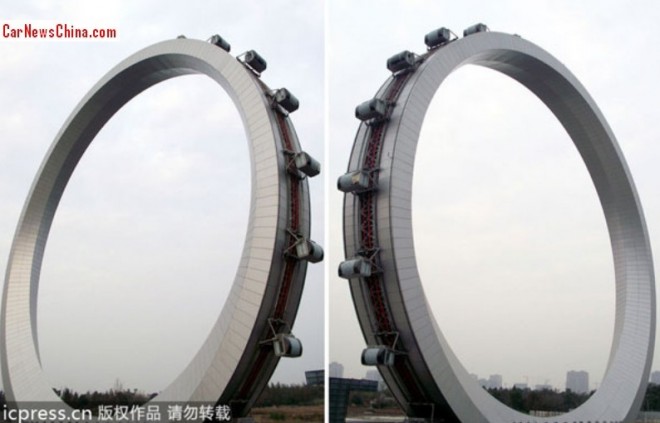 Only in China; the largest spokeless Ferris wheel in the world in the middle of nowhere.