China built a concrete copy of the USS Nimitz aircraft carrier, and never used it for anything 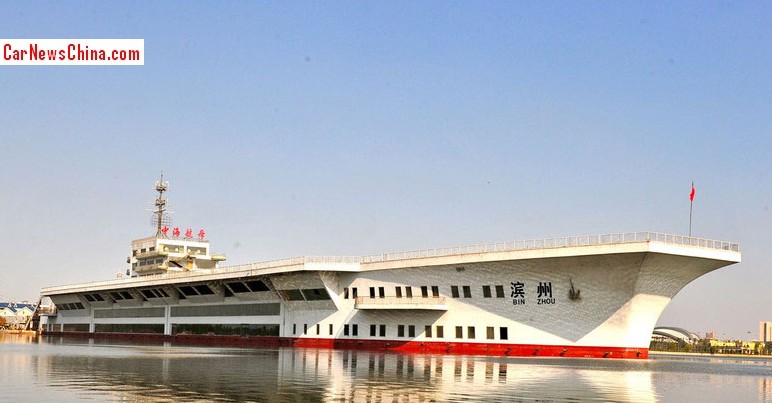 This is the ‘Binzhou Aircraft Carrier’, moored in the great city of Binzhou in Shandong Province. The giant ship is 260 meters long, 56 meters wide, and 31 meters high. Deck height is 12 meters and deck floor area is a massive 10.000 square meters. The Binzhou is modeled after the mighty USS Nimitz. The Binzhou however won’t sail the world seas any time soon because it is made of concrete and actually a building standing in an artificial lake.

The local government began construction of the immense structure in 2003 and by 2005 the outer ‘hull’ was completed. Driving force behind the boat was the Binzhou City Tourism Bureau that designed the Binzhou Aircraft Carrier as a multifunctional entertainment paradise with restaurants, movie theaters, shops and a hotel.

Sadly, thing didn’t turn out as planned. The construction of the interior proved much more expensive than estimated and the small city of Binzhou, 1 million inhabitants in 2005, ran out of money. Further construction was suspended in 2006. The Binzhou Tourism Bureau went looking for investors and managed to persuade other government-run enterprises to put up some extra cash. In 2008 things looked very bright when the first restaurants and bars opened their doors on the upper deck of the ‘ship’.

The construction of the interior however was never completed, and in 2010 all businesses were gone again due to high exploitation costs and worries about the safety of sitting on top of an unfinished concrete structure. Since then, the Binzhou Aircraft Carrier has laid idle, serving only as an example of the infamous folly of local governments in China. Total costs for Binzou is officially 120 million yuan or $19 million, but unofficial estimates are much higher.

In 2012 the Binzhou government tried to auction the whole building but failed to attract any bids. 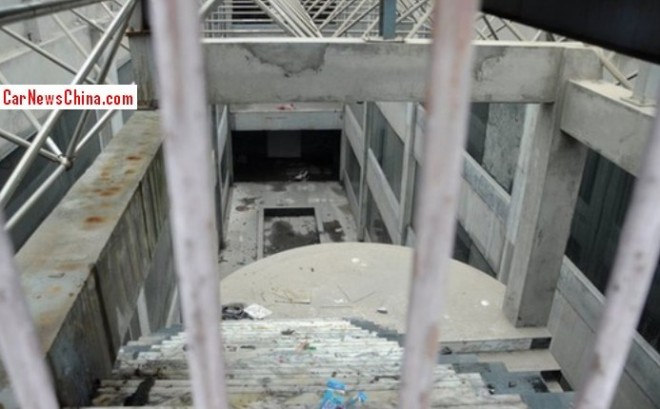 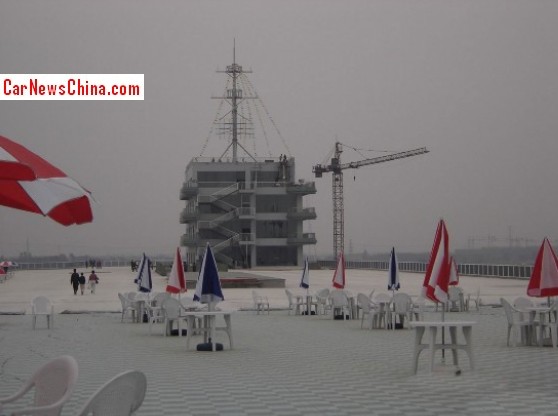 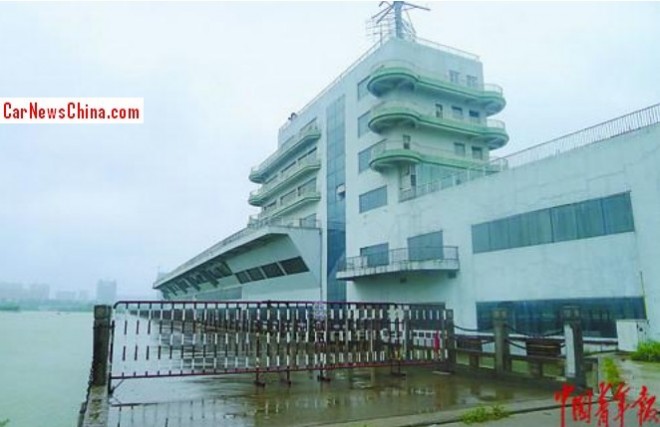 The carrier seen from ‘shore’ in 2013, closed down by a massive fence. 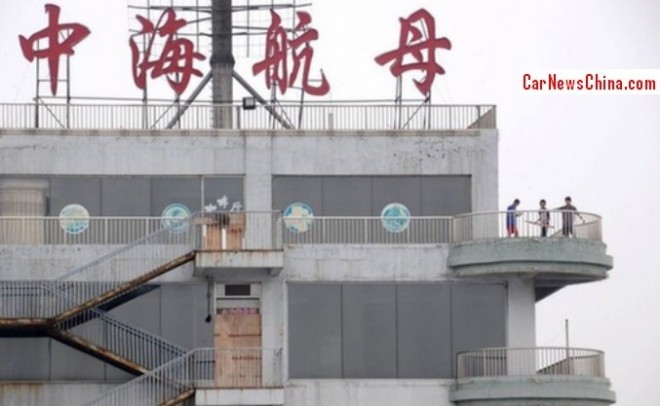 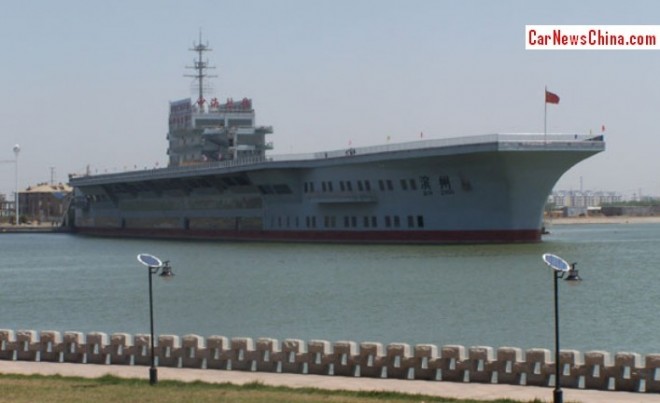 The local government is till trying to lure investors and keeps the flag in top.

The Binzou Aircraft Carrier is so big it can be seen from the sky: Baidu and Google (image very old).