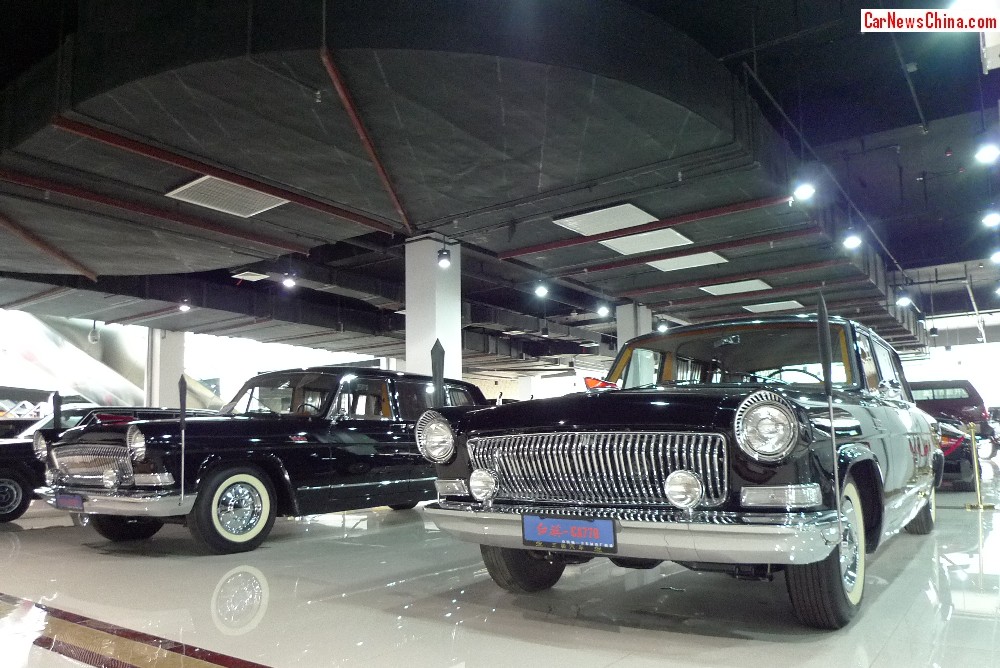 Chinese CarPorn doesn’t get any better than this: two giant Hongqi CA770 state limousines, parked side by side in a super car shop in the Beijing Tuning Street. The vehicles looked nearly identical and were recently restored to the absolute max. Perfectly painted and perfectly clean, these beauties are simply the best Hongqi sedans in the world. 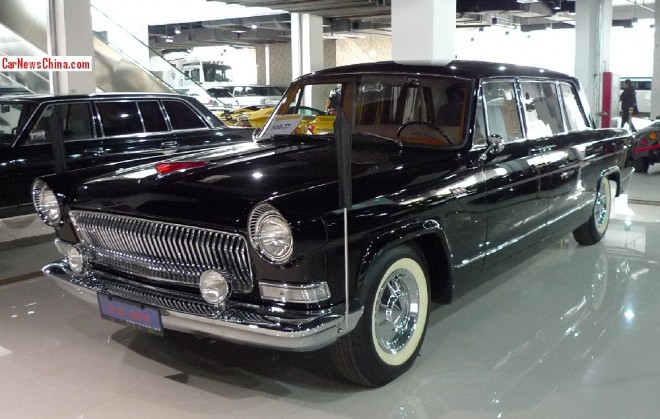 To the left of the left Hongqi a stretched Mercedes-Benz W123, more on that one later on (here is another one). Now back to the Red Flag limousines! Both vehicles were restored in the rather famous hop belonging to the Sanhe Classic Car Museum in Chengdu. I went there back in  012 and all their cars are just perfect, almost too perfect, but I guess for these extremely rare Hongqi sleds a ‘just-so-so’ restoration just ain’t good enough. 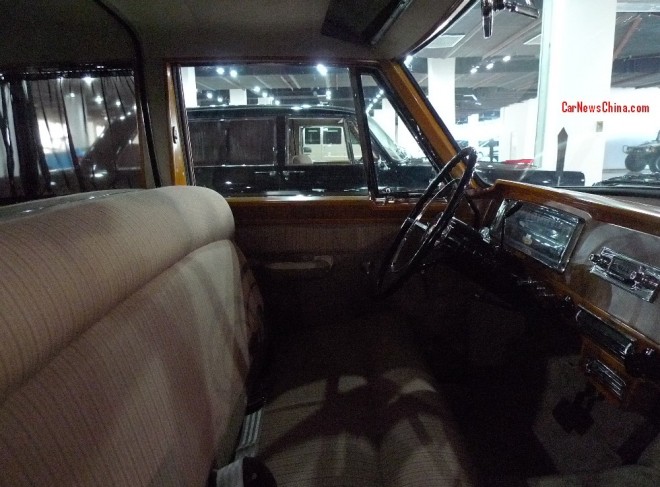 The interior was magnificent as well. Wood all good, cloth all clean. Giant steering wheel in the correct half-upright position. 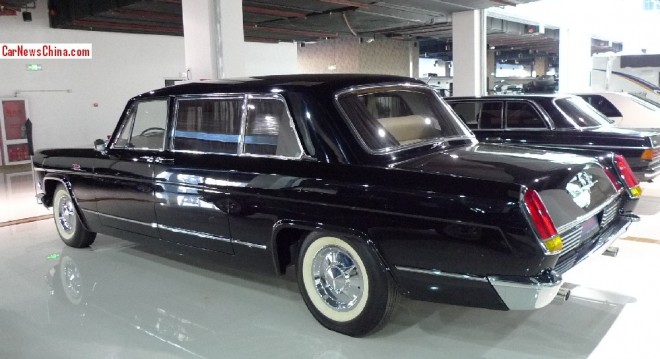 The Hongqi CA770 was manufactured exclusively for the Chinese government. The giant state limousine arrived in 1966 and production continued all the way until 1981. Total production stands at 847 cars. The CA770 was based on the platform of the 1950′s Chrysler Imperial. The bodywork was designed in China by First Auto Works (FAW), the owner of the Hongqi brand. 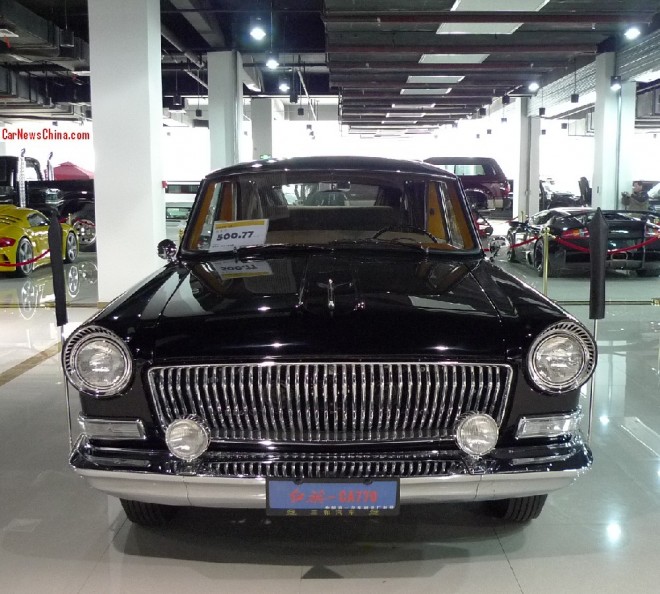 The design sought to combine ‘modern’ elements with traditional Chinese elements. The grille resembled a Chinese hand fan and the rear lamps which were shaped like Chinese lanterns.

When the car is in private hands, as most Hongqi CA770 limousines are today, it is officially forbidden to carry any flag, but some funny owners don’t care about diplomatic state protocols and hang something down there anyway. 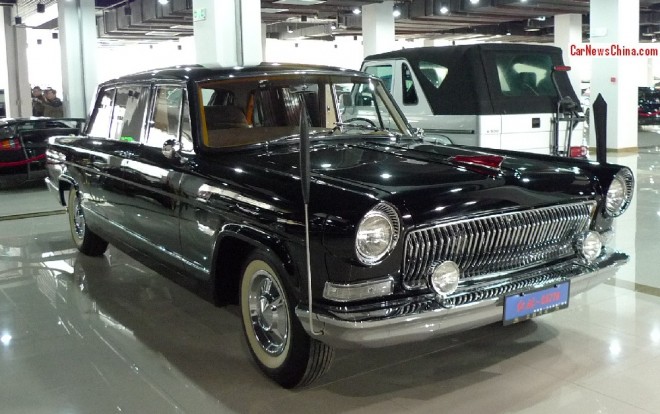 To the right of the right Hongqi an ART Mercedes-Benz G500 Cabriolet Streetline which we met before in the same shop. They still didn’t sell that one…

The Hongqi CA770 limousines were on sale as well, priced at 5.0077 million yuan or 824.000 USD, and that makes them the utmost expensive Hongqi’s we have ever seen. This manic price clearly shows the market has discovered the vintage Hongqi cars and that Chinese car collectors are now willing to pay loads of cash to get a good one. For comparison, a near-perfect CA770 sold for 560.000 yuan in 2012. 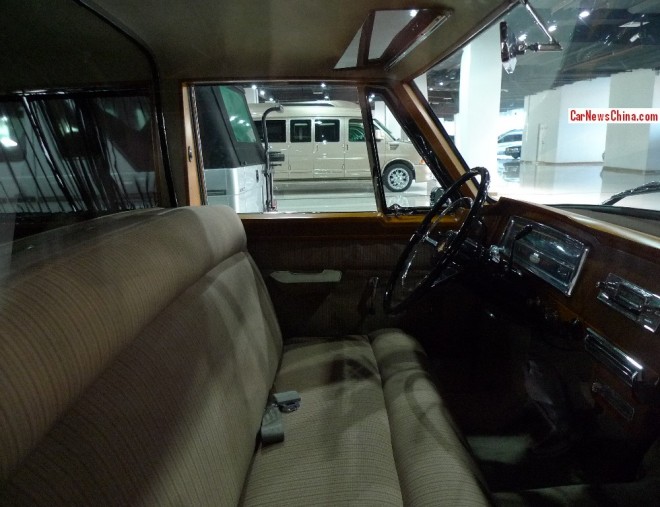 Period radio and ash tray. But one thing is seriously bothering me; the safety belts, and the other car got them too. I have never seen safety belts before in a Hongqi CA770. It is possible that these two cars had safety belts fitted when they were manufactured, as on special order for such or some reason. But I suspect the belts have been installed by Sanhe in Chengdu. Well, if that makes the cars road legal I won’t mind, that much… 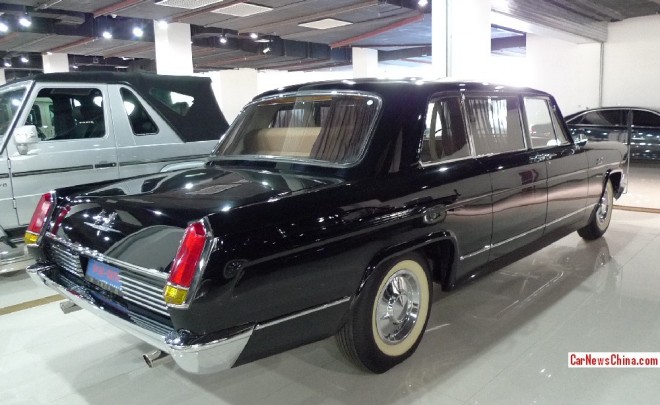 Chromed exhaust pipes are correctly period. These cars are such endless beauties. I have been lucky enough to meet some 25 examples in person over the years, and each and every time I find new details again. Check:

This time I found new love for the chrome strip running from the rear bumper to the wheel arch. The strip is not cut straight but diagonal, so it is in harmony with the bumper.  Never noticed that before… 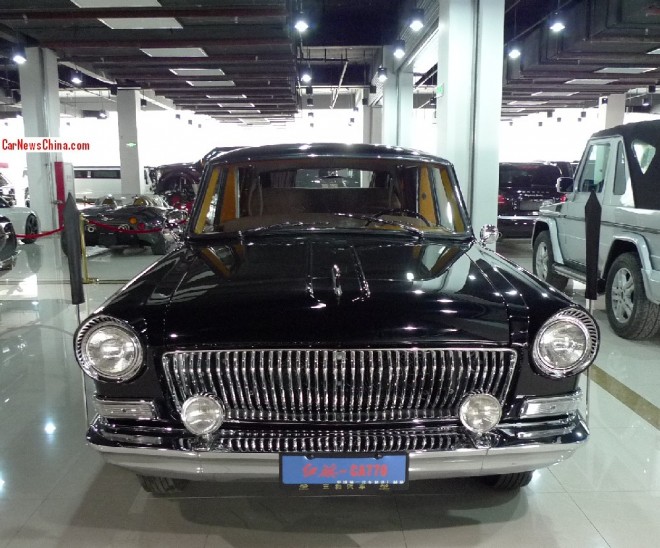 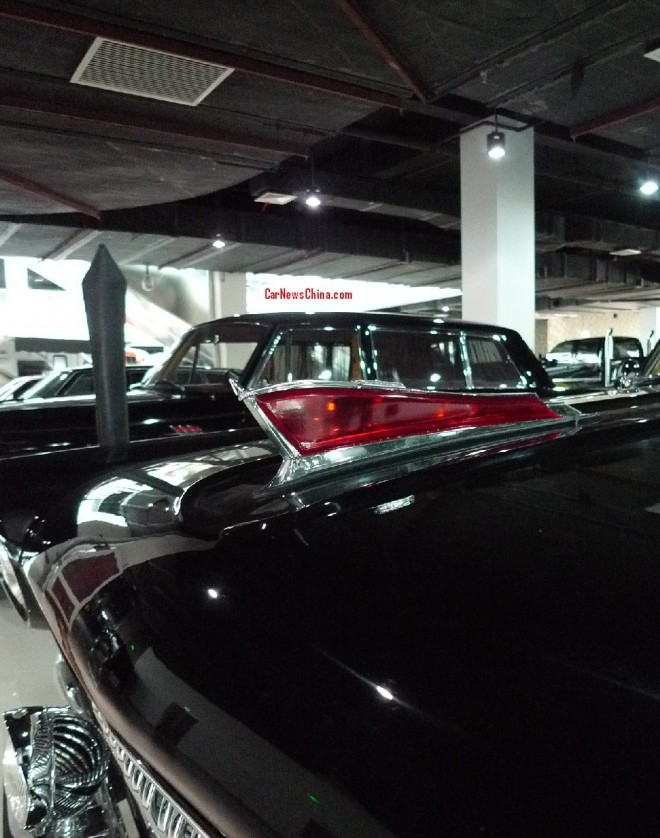 The Red Flag ornament on the bonnet. A work of art by itself. Then comes the car… Happy!