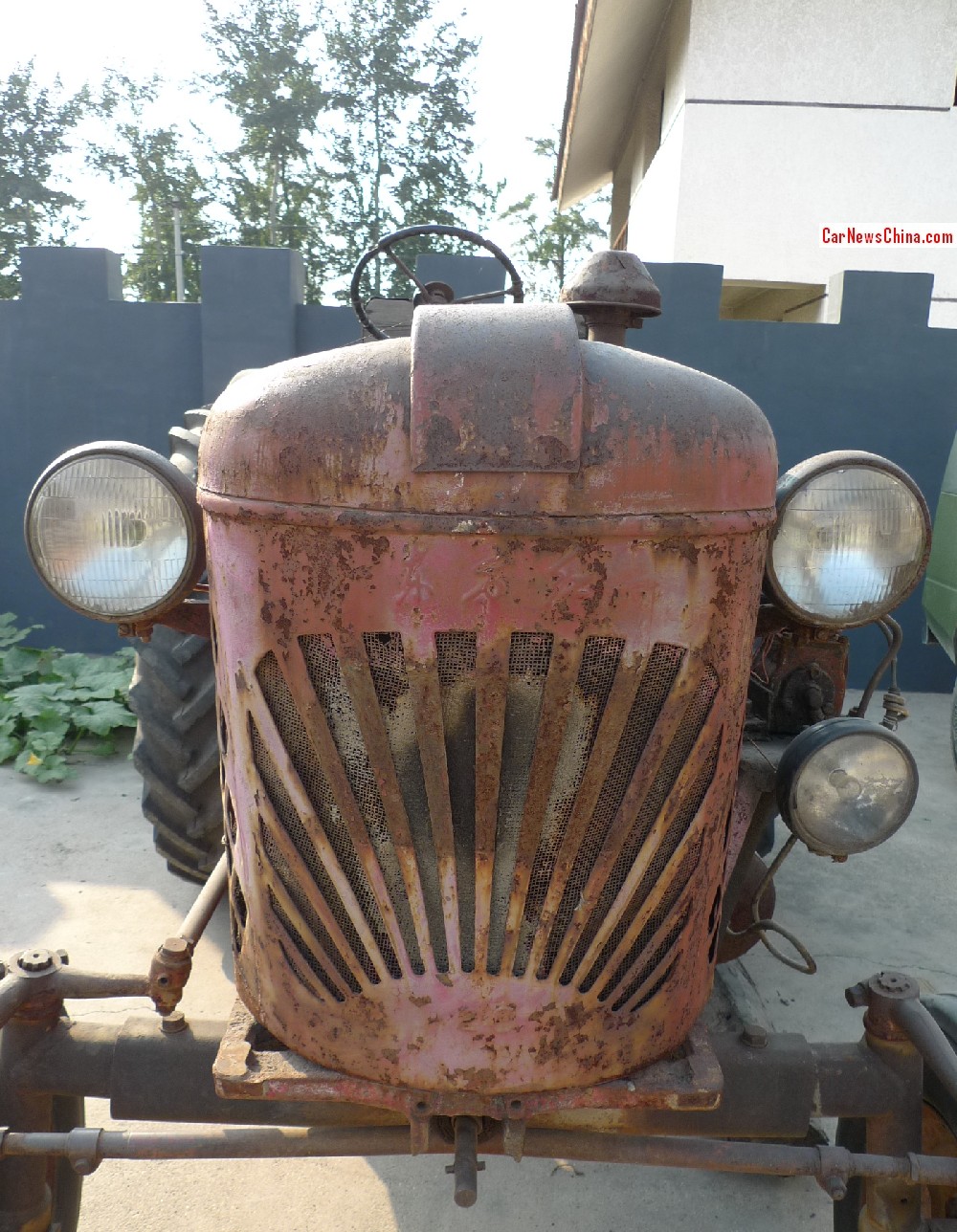 Today in China Car History the Dongfanghong 28 tractor, seen at the Beijing Classic Car Museum where she was tucked away in a dusty corner of the parking lot. Donfanghong was, and still is, a brand of the First Tractor Factory which was established in 1955 in the great city of Luoyang in Henan Province. The factory started with the famous Type 54 crawler-tractor. The Dongfanghong 28 tractor arrived in 1965. 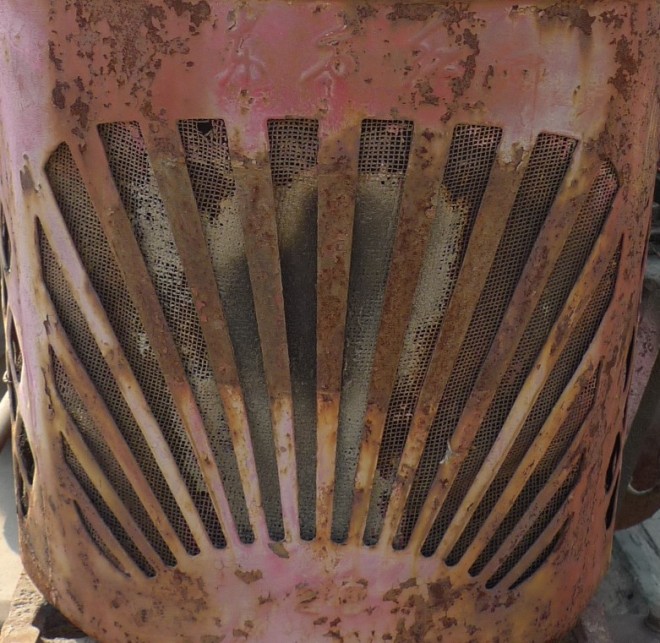 Beautiful grille depicts the sun rising in the east, a favorite theme in Communist China folklore and propaganda. Just visible above the grille the Dongfanghong (东方红) brand name  in Mao’s handwriting. 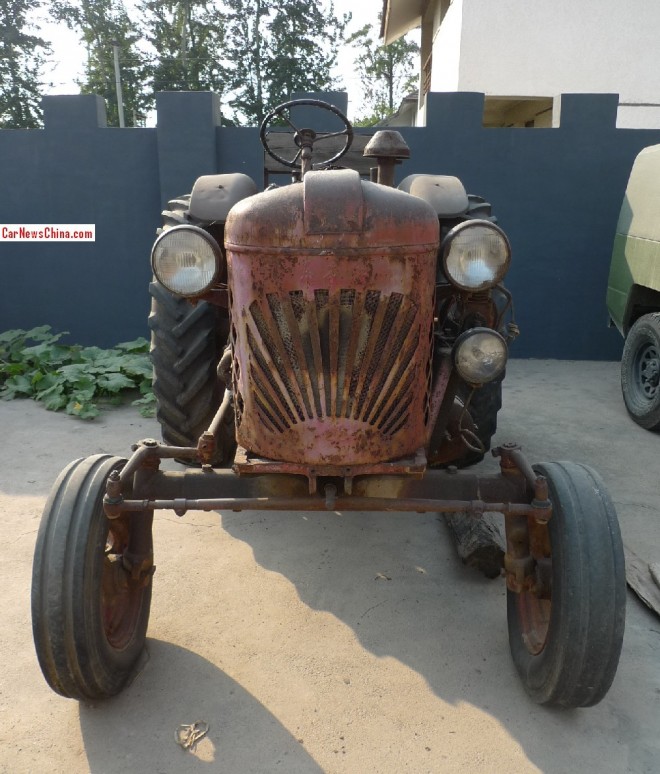 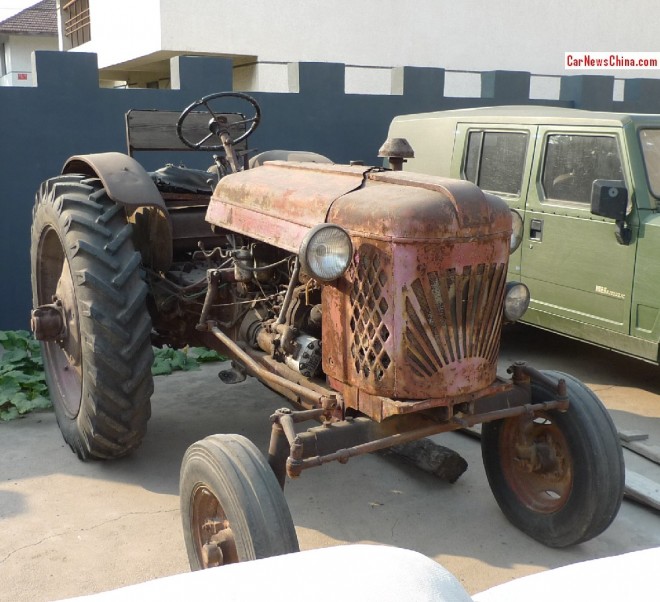 Power came from a 28hp, hence the name of the tractor, 4-cylinder gasoline engine that was manufactured by the Changchun Engine Corporation, based in Changchun as well. In those hardcore communist days all enterprises were owned by the state. Names were therefore not very original, starting with a number or with the name of the city they were based in. Many of these names survive until today, such as First Auto works, Beijing Auto, Shanghai Auto, and of course First Tractor Works.

The company is still very much alive, now operating under the YTO name, standing for Yi Tuo, ‘First Tractor’. The company makes all sorts of agricultural machinery, still under the Dongfanghong brand, and construction equipment. 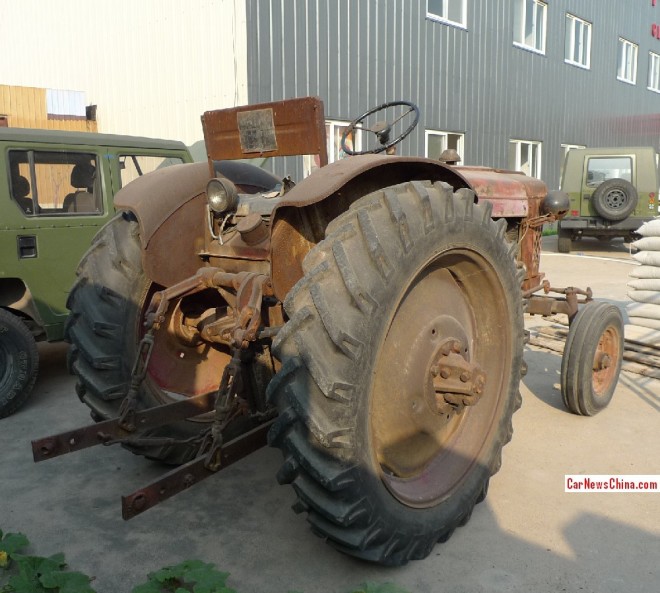 Production of the Dongfanghong 28 continued all the way until 1979. Total production was 63.109 units. Most were sold in China but a few thousand were exported to other communist countries. The ’28’ was a very important truck for China, allowing the country to further  mechanize its agricultural sector. The Type 54 started to change from ox and man to machine power but the smaller and more nimble 28 could be used on more kinds of land and for more kinds of work. 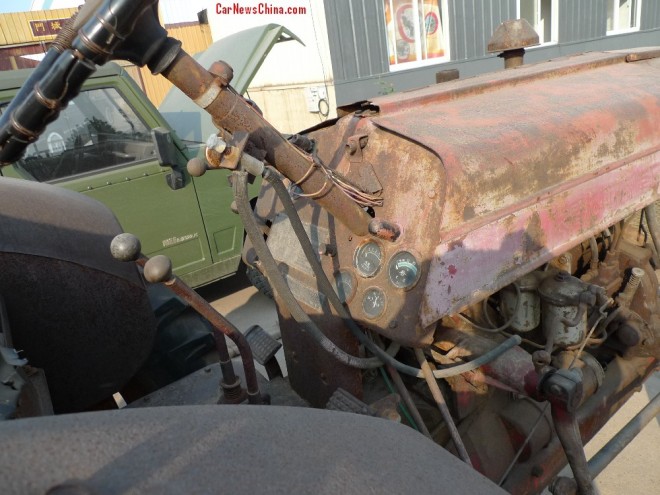 This particular example looked very rusted and dusted but museum staff told me it was in working order. They use it to move heavy stuff around the museum premises. Sadly they couldn’t find the man with the key to fire her up for me! Anyway, it is great to know the old engine still runs after all those years. 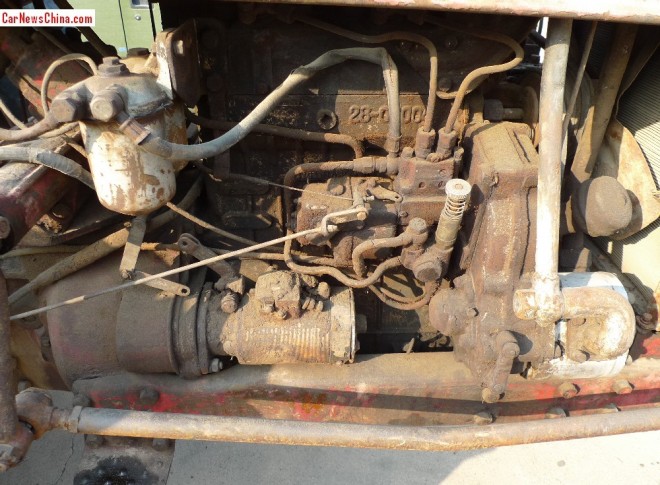 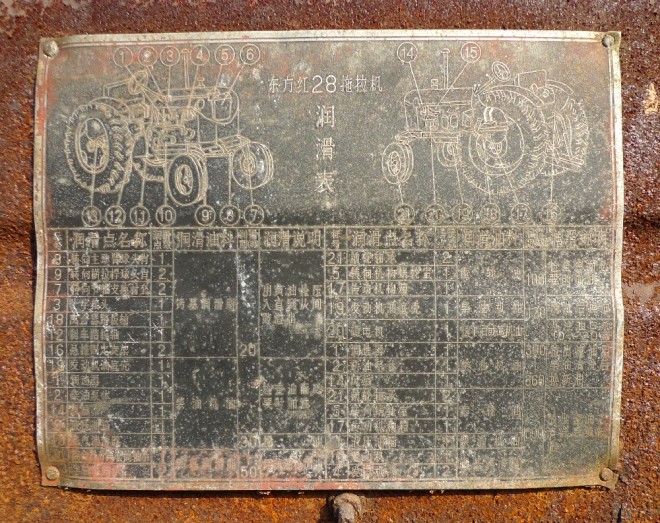 Beautiful mini-manual nailed on dash, to the left side of the dials. Drawings exceptionally clear and most of the text still readable. 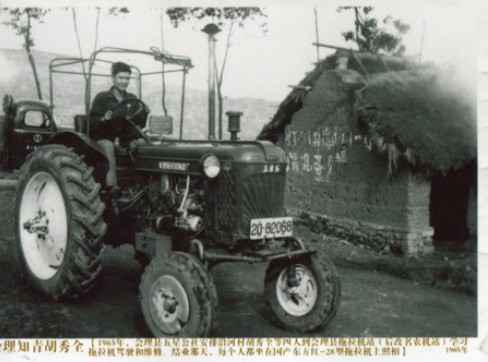 1965 photo of one of the first 28’s on a farm, with a makeshift roof on top. Farmer seems very happy for the day. 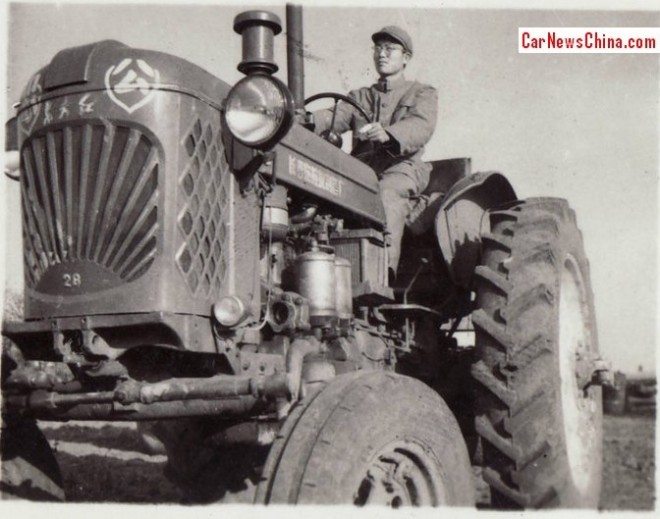 That’s more like it! Sturdy farmer in Mao suit and Mao hat, looking to the red horizon without emotion, working for party and country on the endless Chinese land. 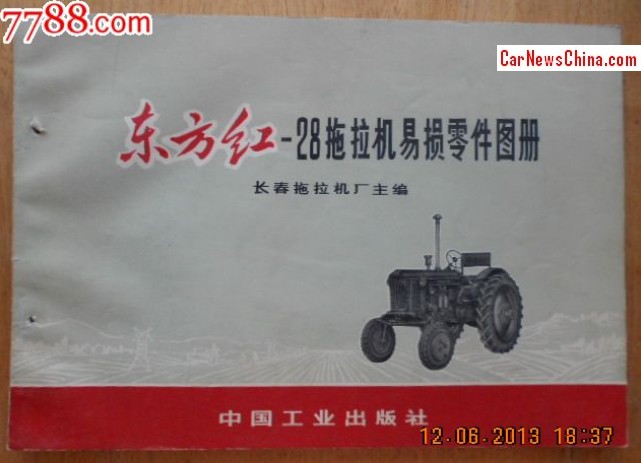 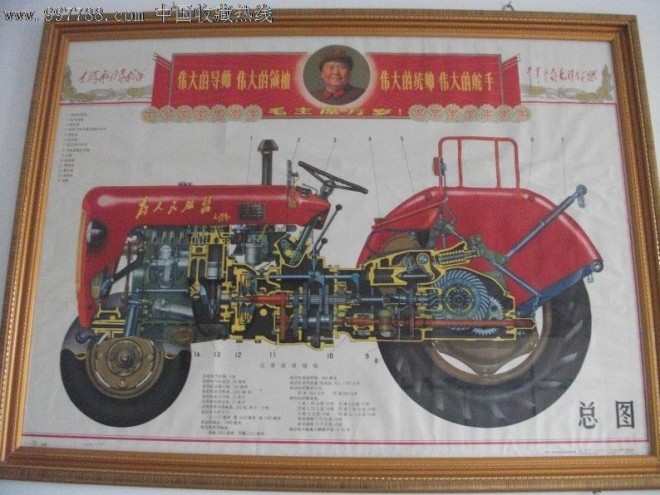 A brilliant technical drawing of the Dongfanghong 28 tractor, with Mao Zedong in the red banner on top. The East is Red… 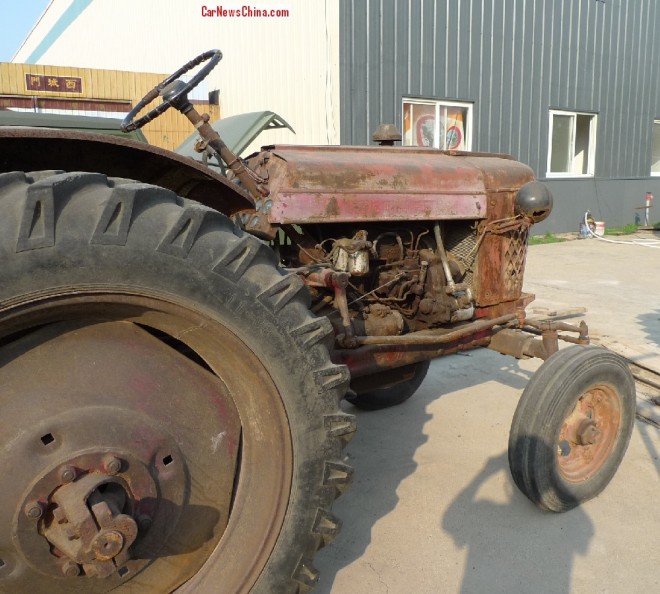 Great little tractor. May she live for many a more years.