Spotted in China: Bugatti Veyron at the Club in Shenzhen 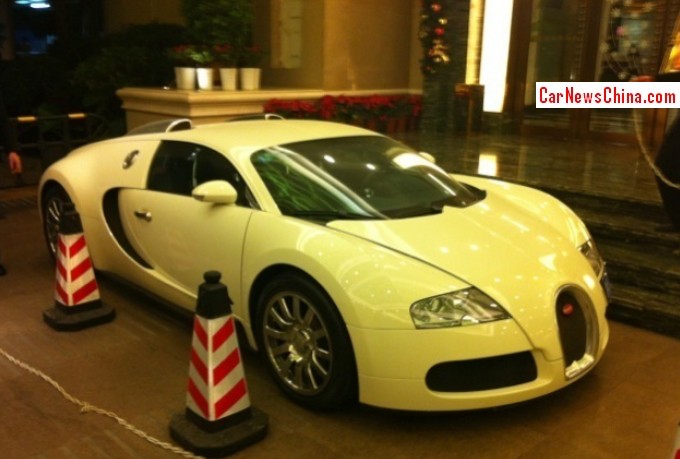 A very speedy Bugatti Veyron super car, Spotted in China at the D-Club in the great city of Shenzhen by spotter ‘Shenzhen Xingzhan‘. The good Veyron is well protected by two red white traffic cones, and rightly so, when new the base Bugatti Veyron was priced at a mad 24.5 million yuan or 3.88 million USD. 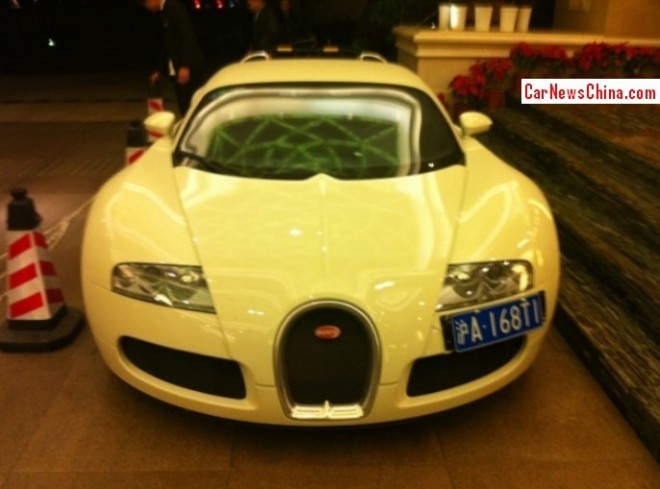 The Veyron has license plates issued in Shanghai. Road distance from Shanghai to Shenzhen is 1491 kilometers, making for a beauty of a ride in a Bugatti! However, Chinese super car owners tend to airplane their vehicles from city to city for all sorts of coolio events, and we bet that’s how this Veyron got so far south. Back in May we met this particular car at a hotel in Shanghai where it was used for a wedding. 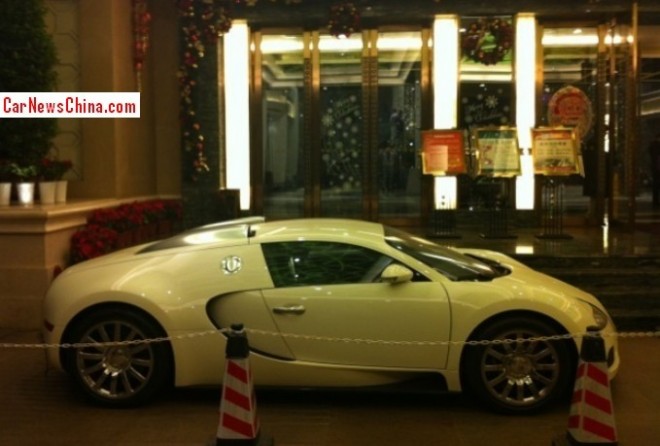 Cones were connected by a nasty wire while Shenzhen Xingzhan was firing his shots. 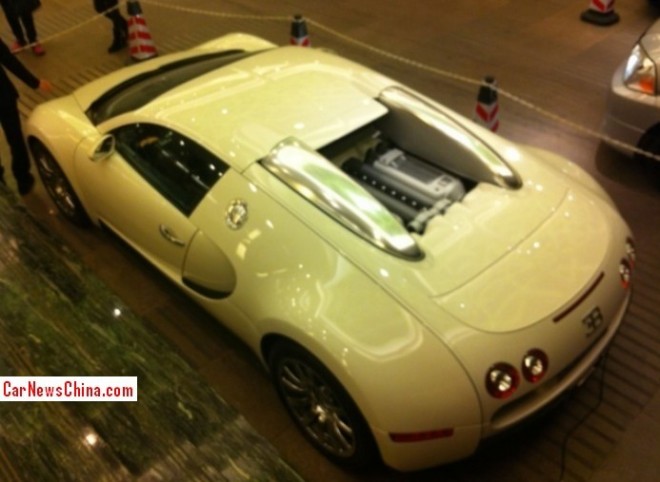 Fast even when not moving. 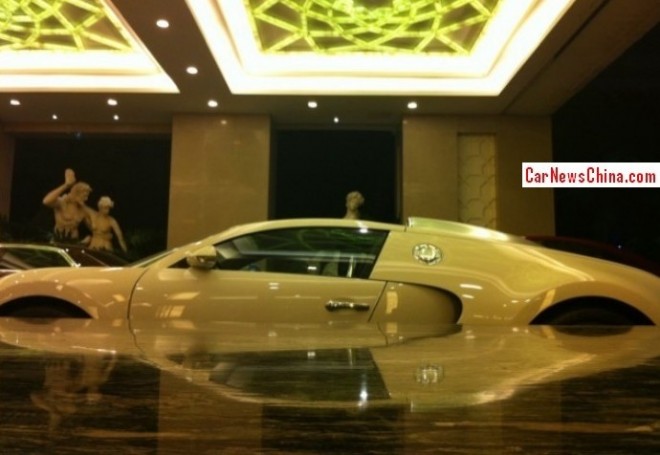