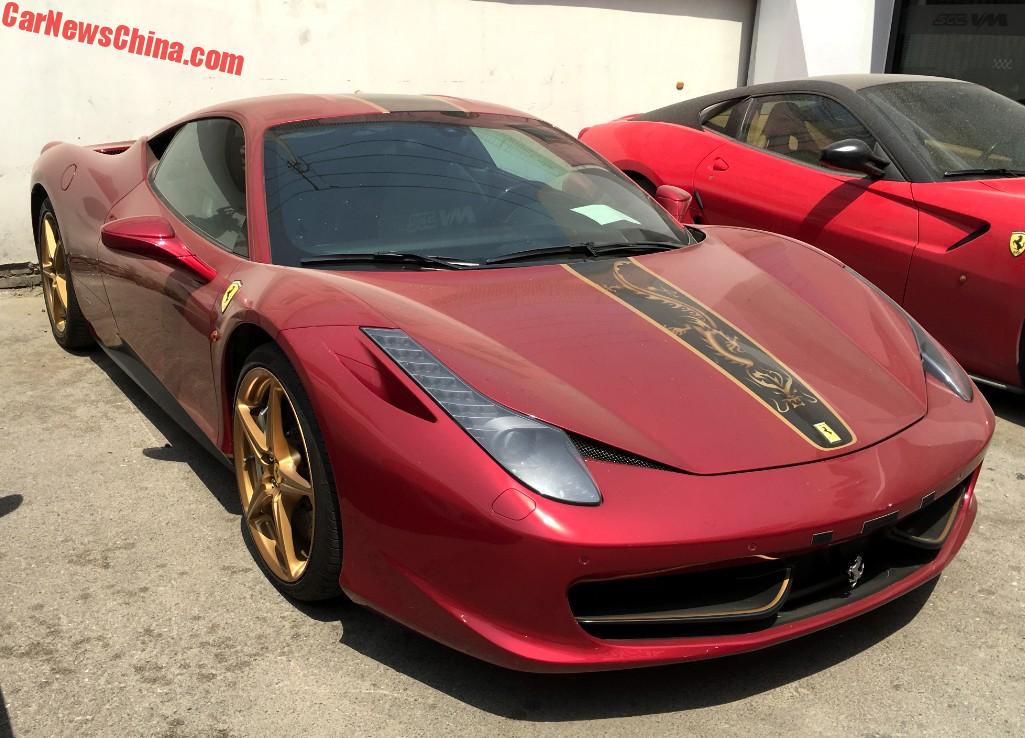 A very speedy and very rare Ferrari 458 Italia China Limited Edition, Spotted in China on the Beijing Tuning Street. It was launched in 2012 to celebrate two things: 20 years of Ferrari in China and the Chinese Year of the Dragon. 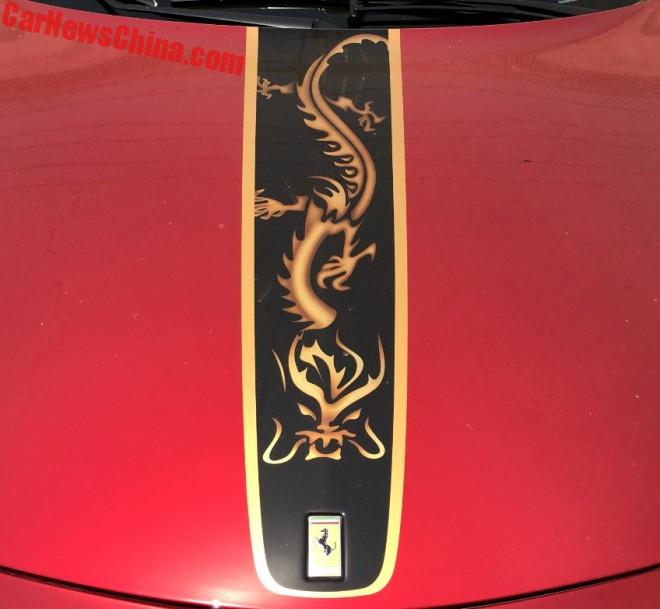 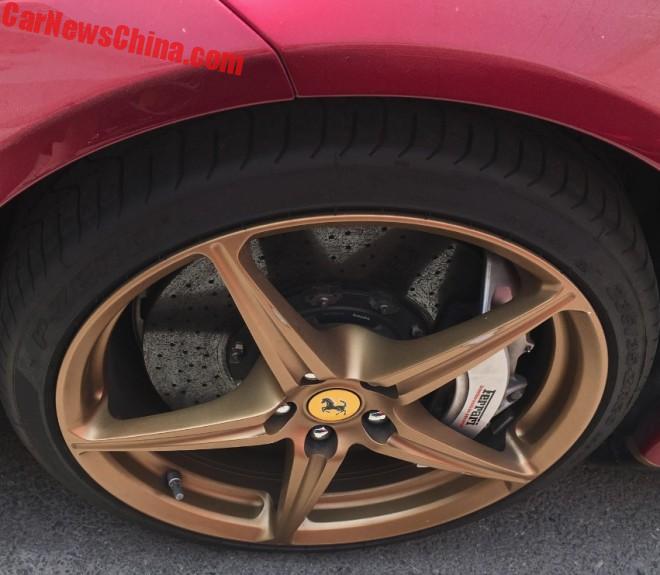 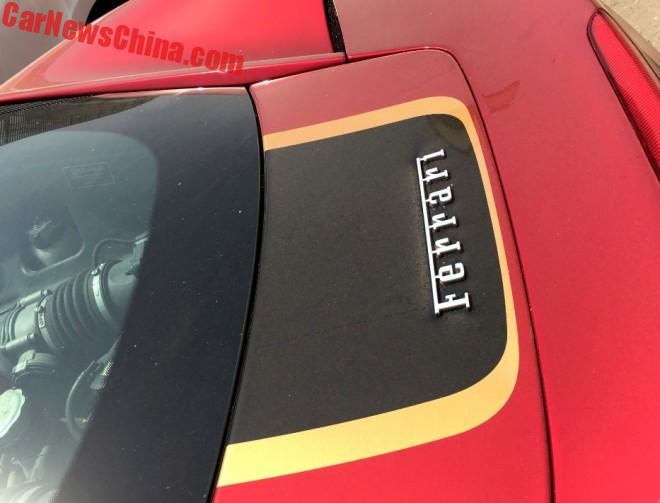 The stripes are stickers, not painted on. 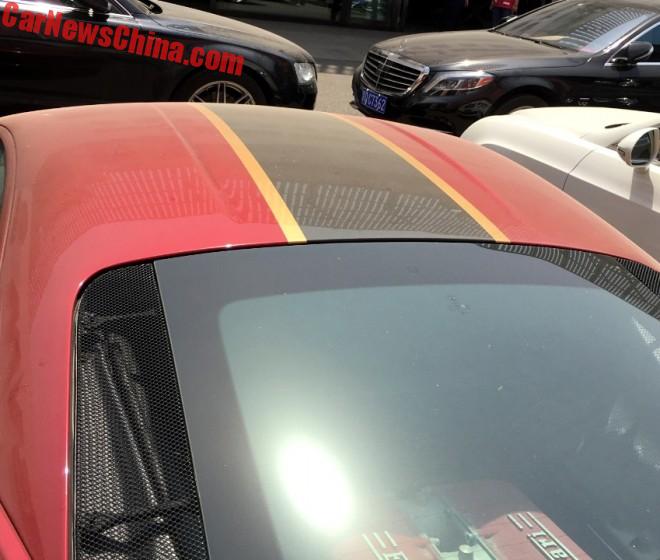 Over the roof. No changes to the engine. The 458 Italia China Limited Edition was all about the looks.

But sadly that wasn’t enough to turn it into a worthy investment, as some buyers no doubt had aimed for. Prices went down steeply instead. We saw one on sale in 2013, with one kilometer on the clock, for just 4.88 million yuan or $795.000. 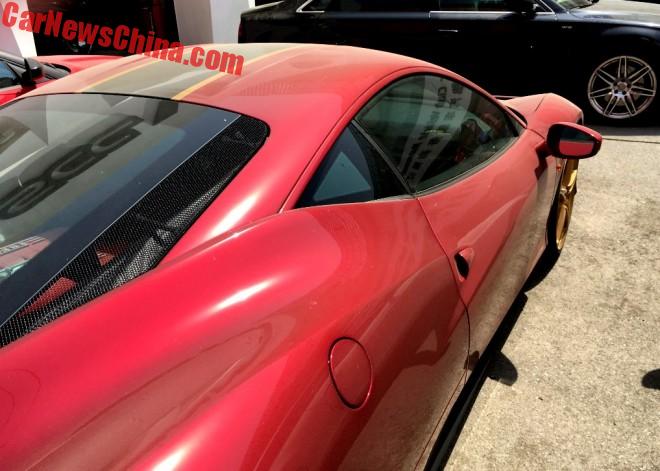 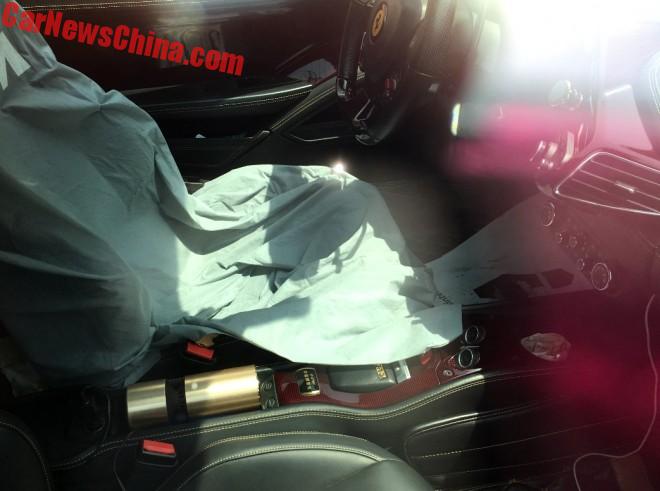 Black leather interior with gold stitching and a red-gold center tunnel. The gold colored tube is a Wifi speaker, added by the owner I suppose, and matching nicely with the red of the color scheme. Parts of the dash are in red too, see this pic for a better look. 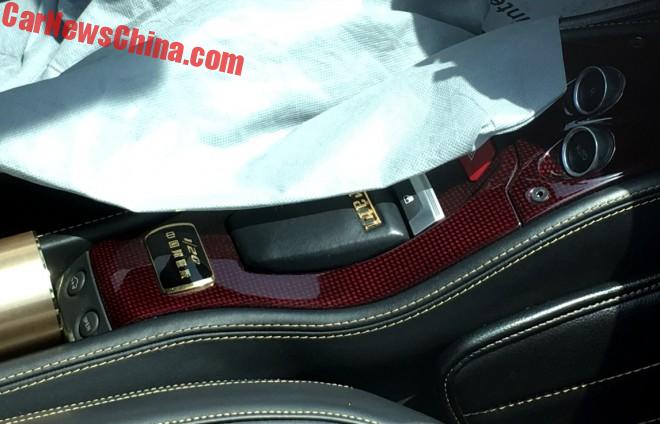 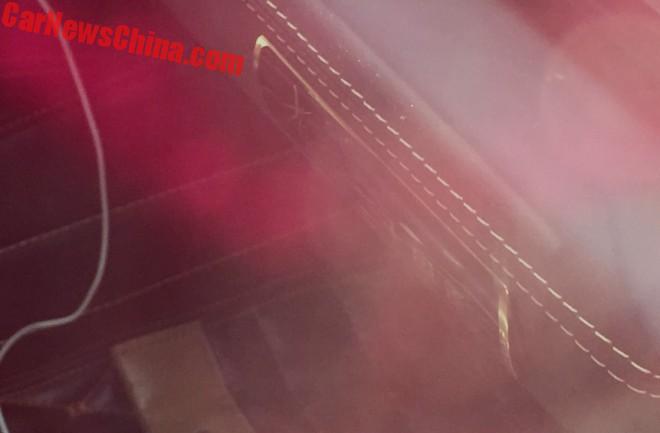 Plague on the dash in front of the passenger, so the little lady will know she’s riding something special. 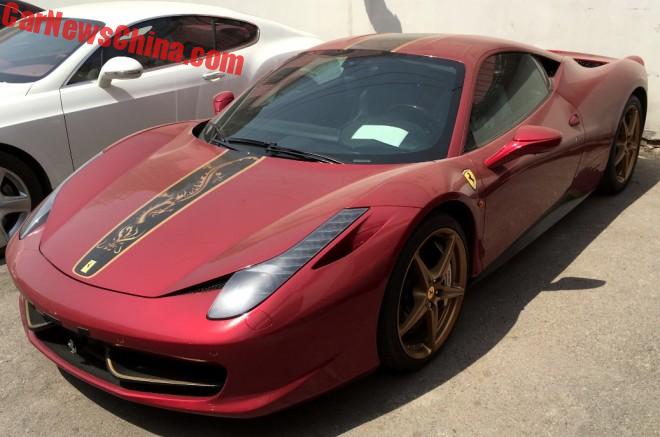 Maybe, if the owners waits long enough, values will go up a bit again. Until then the Ferrari 458 Italia China Limited Edition is just an ultra cool special edition of an ultra cool supercar. With dragon!