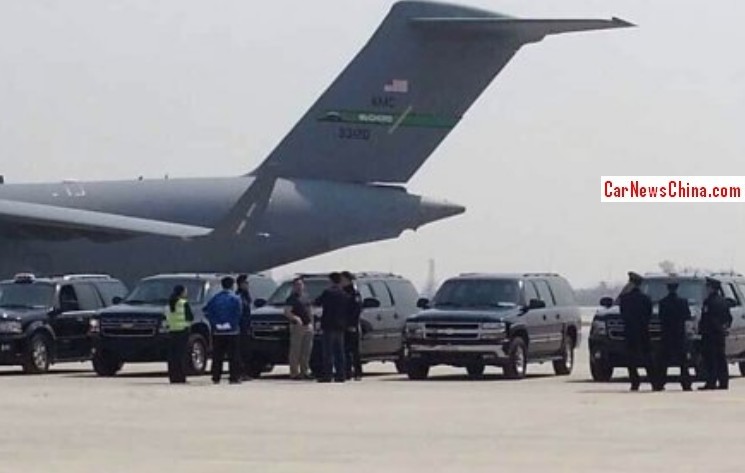 Michelle Obama, wife of Barack, is holidaying in China with the kids and her mother. On Monday March 24 the gang went to the great city of Xi’an for a visit to the famous Terracotta Army. Sure enough, Michelle took an army of her own, transported by a giant Boeing C-17 Globemaster transport airplane that was allowed to land on a nearby military airfield.

The army consisted of six heavily armored Chevrolet Suburban SUV’s. Michelle is transported in one of these two extra-heavily armored Suburbans which weigh close to 5 tons and can withstand the impact of an RPG. The streets are completely cleared for a swift entry and exit. No street in China, was ever this quiet… The motorcade was escorted by Chinese paramilitary police (People’s Armed Police, or PAP). 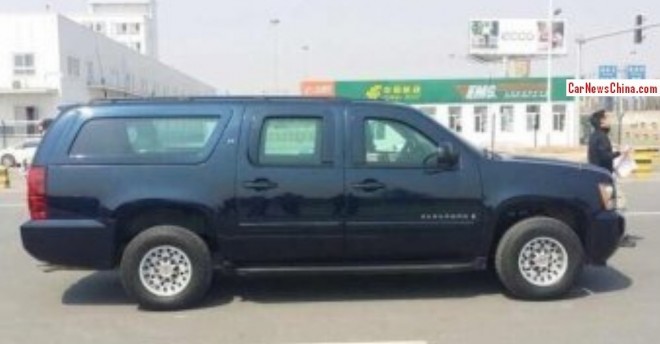 She doesn’t seem to be in here. Windows are up to ten centimeter thick and the vehicle is equipped with its own communications unit and oxygen system, which was likely switched on for the ride as Xi’an is one of China’s most polluted cities.

The square in front of the Terracotta Army Museum, normally crowded to the max with visitors and vendors. The museum attracts up to 40.000 visitors per day, but not on this Monday. 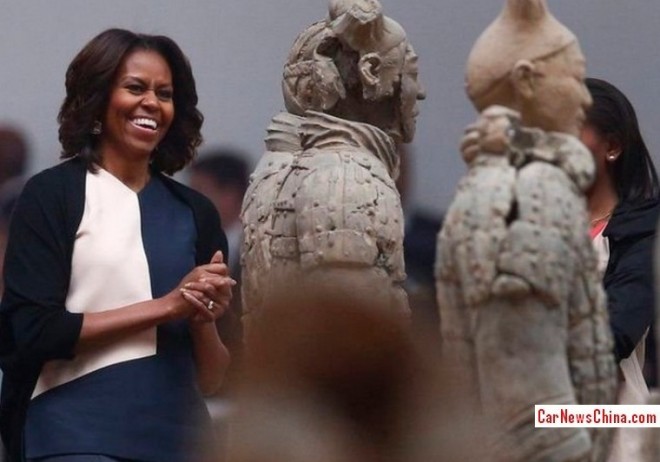 She thinks they funny. 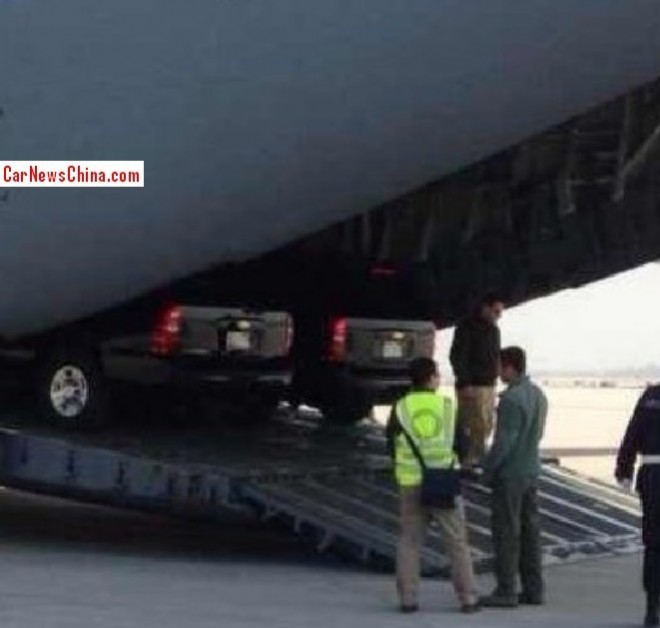 Back again at the airfield. The whole motorcade fits in the C17. Michelle and Family got their own Boeing 737.

Ready to go for some more sightseeing.