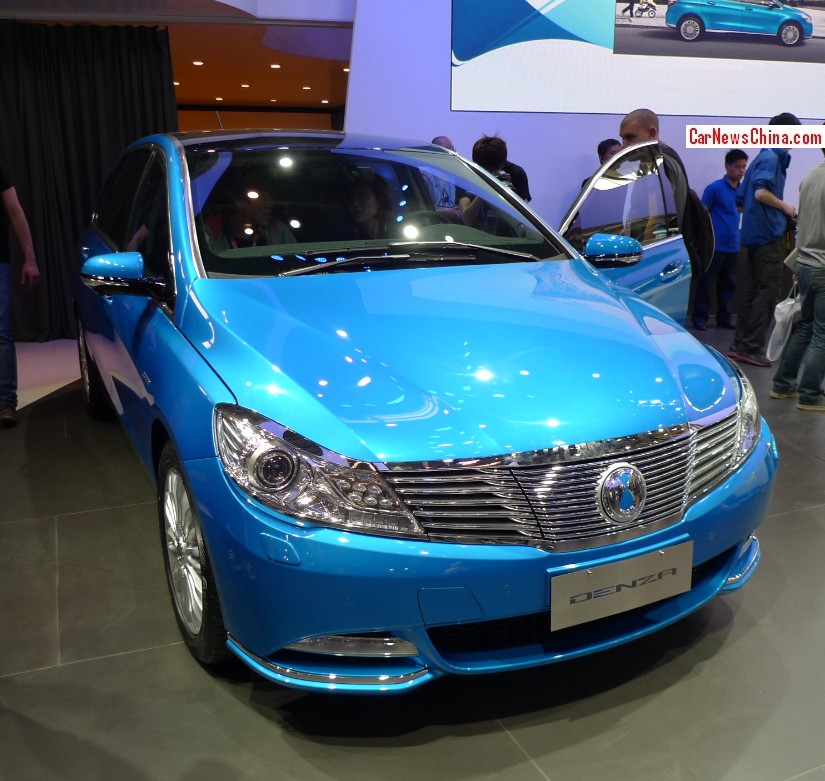 The long awaited production version of the BYD-Daimler Denza EV debuted today on the Beijing Auto Show, looking sweet in shiny baby blue and fronted with a hugely impressive shiny grille. It was very busy at the booth with hundreds of enthusiastic car fans sticking their cameras far under the platform to check out each detail. 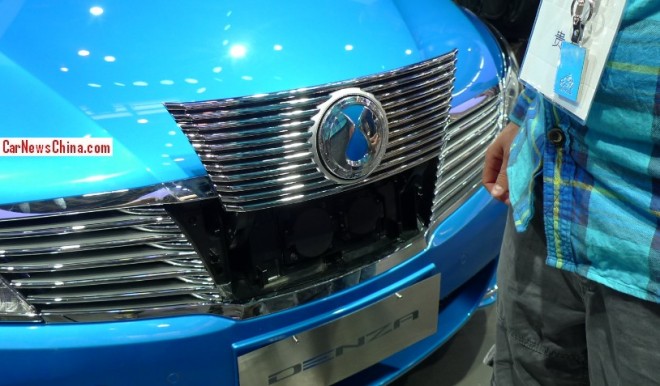 This is where the juice goes.

The Denza EV will be launched on the China car market early in the second half of the year. Denza will initially start with dealers in three cities: Beijing, Shanghai and Shenzhen, the latter being the home town of BYD-Daimler and BYD. Base price is 369.000 yuan. In Beijing, central and local green-car subsidies will bring that down to 255.000 yuan or 41.000 USD. 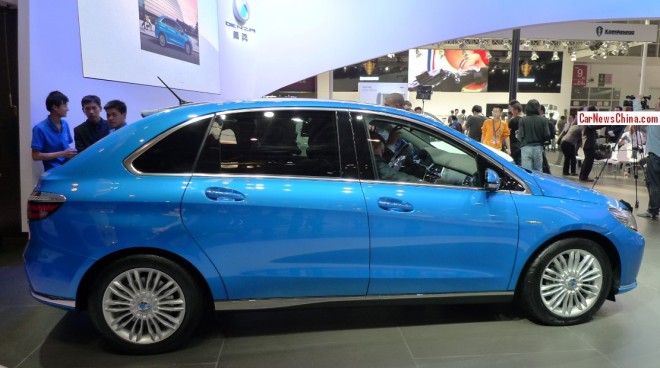 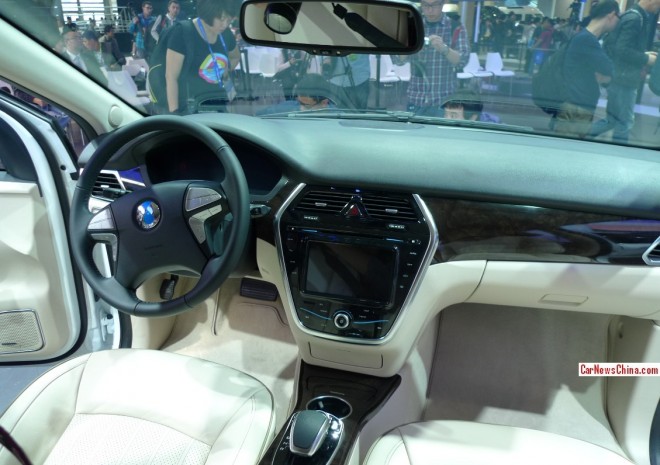 Still not sure about wood in an electric car, which is essentially meant to save trees, not to cut them. Close inspection learned the ‘wood’ was actually plastic, but it is the message that counts. Otherwise a nice place to be, with a single cup holder, a large screen, and a techy gear lever. 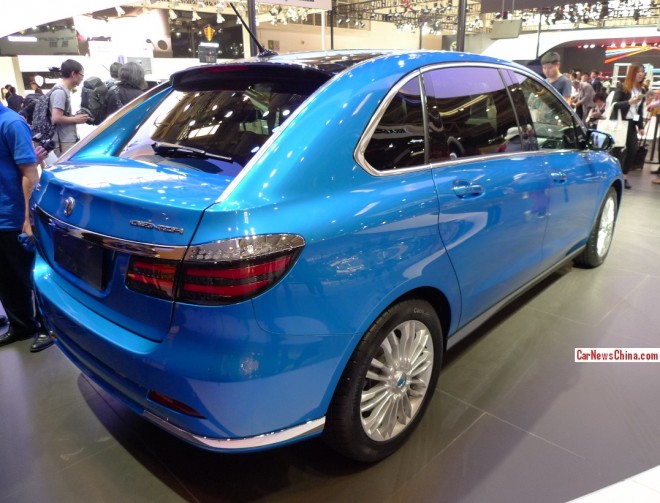 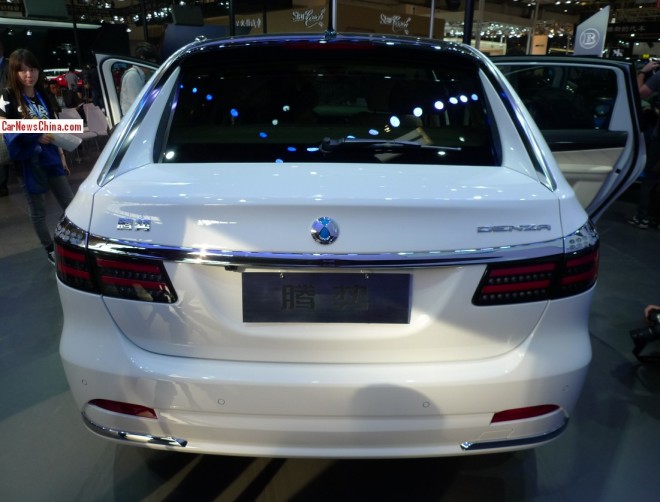