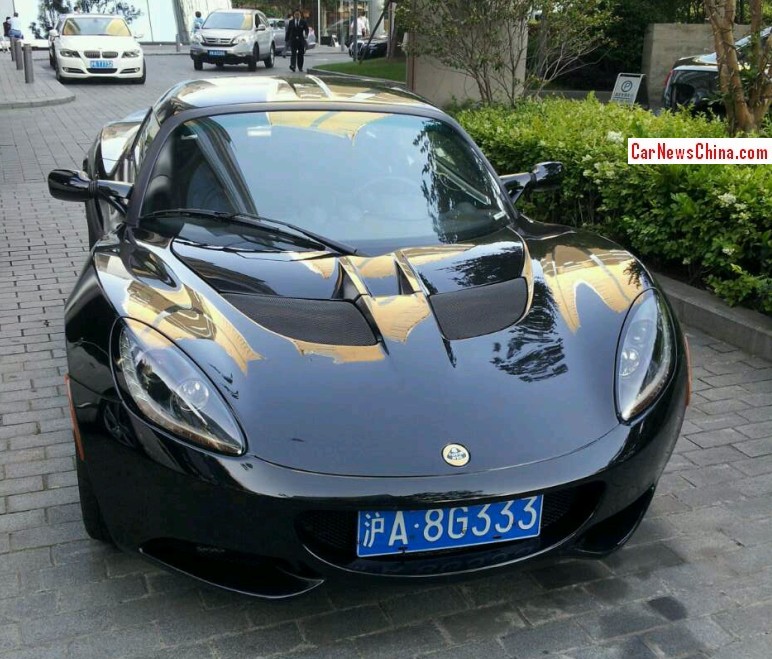 A very lunatic Lotus Elise R, Spotted in China in the great city of Shanghai by Reader Antoine Chalendard, thank you for the pictures! The good Lotus is painted in a fascinating black scheme, seemingly shiny and matte at the same time, and further loaded up with tinted windows and racy matte black 8-spoke alloys with matte gray brake pads. 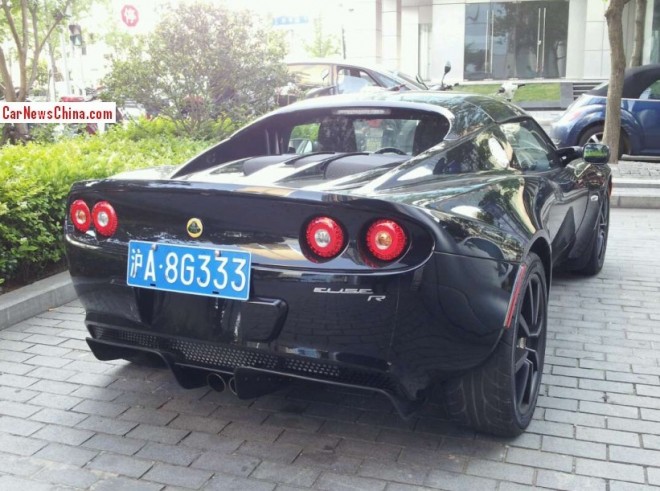 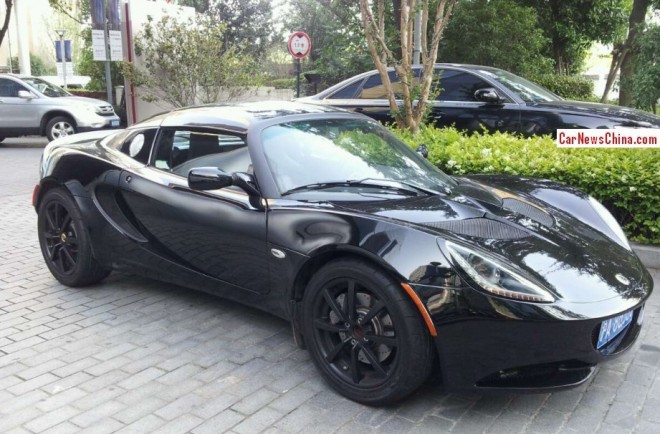 Lotus opened shop in China in 2012 and has dealers in Beijing, Shanghai, and Chengdu. Sales are sadly slow and this black Shanghai car is indeed the first Elise we see on the road. Tellingly, Lotus didn’t have a booth on the recent 2014 Beijing Auto Show, and that is always a bad sign. Let’s hope all will be all right soon as these speedy little British cars deserve a place on the crowded Chinese auto market.