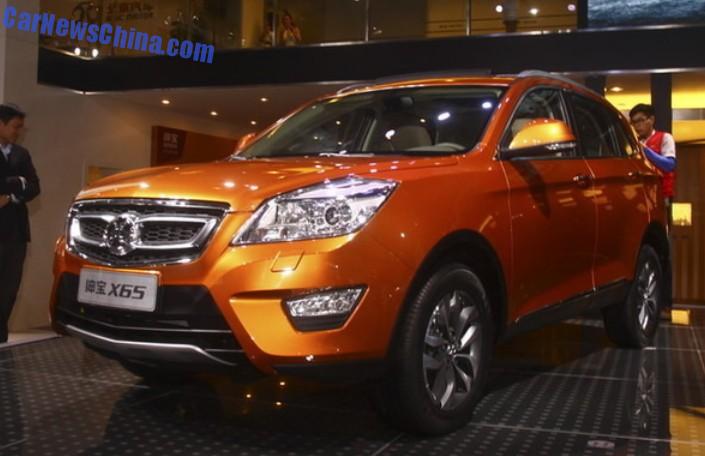 The brand new Beijing Auto Senova X65 SUV debuted on the 2014 Guangzhou Auto Show in China. The Senova X65, previously known as the Beijing Auto C51X, is the first SUV under the Senova brand. The X65 will be launched on the Chinese car market in H1 2015 and price will start around 120.000 yuan. 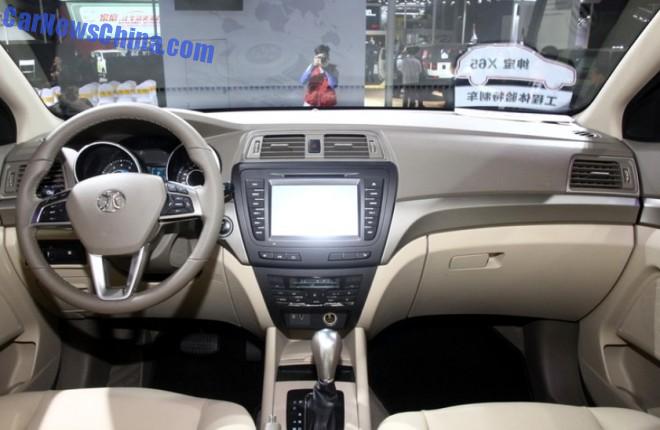 Nice looking dash with light colors, very sporty dials, and a large-size screen in the center console. Oddly, said console is all black, not matching at all with the rest of the interior, and the same goes for the are immediately surrounding the gear lever. 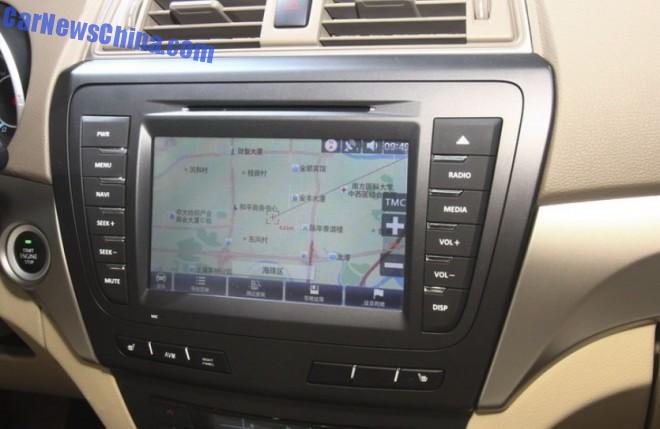 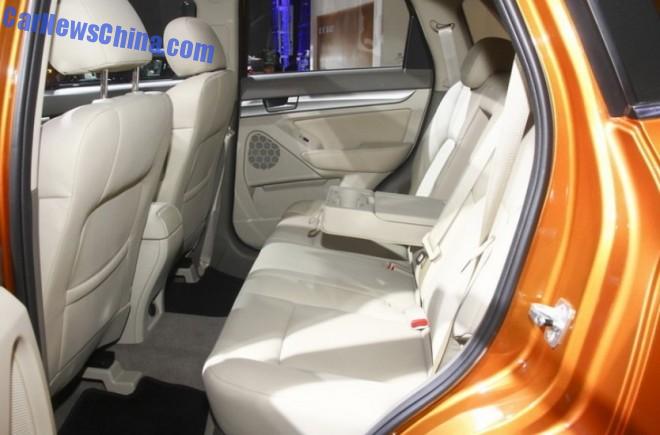 The X65 appears to be rather specious inside with a lot of room for the legs. Alu detailing on doors an interesting choice but again not really matching with the rest of the color scheme. 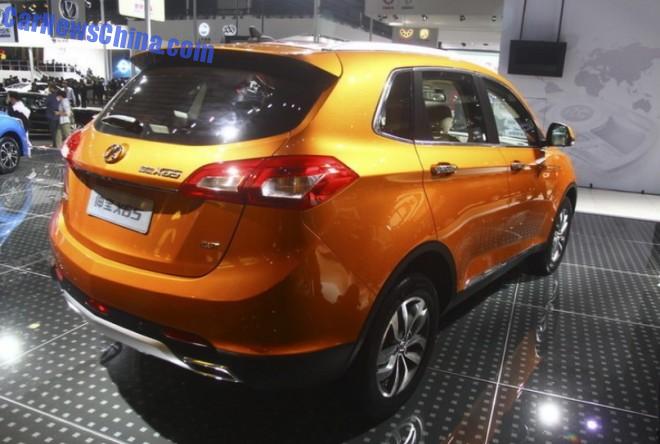 White skid pad in a black bumper with alu exhaust pipes. Beijing Auto wants it all! 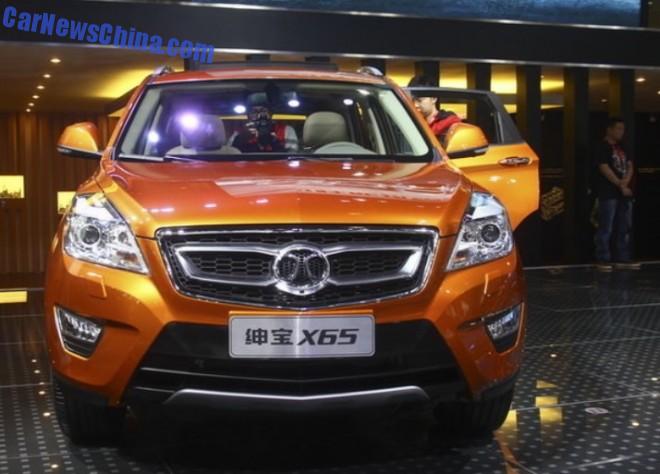