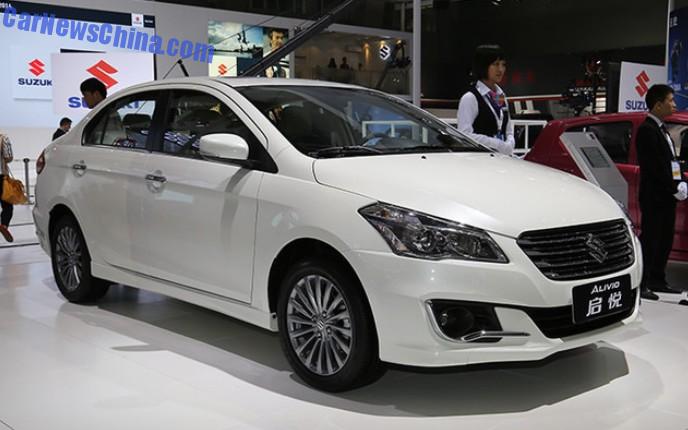 The brand new Suzuki Alivio sedan was officially unveiled on the 2014 Guangzhou Auto Show in China, ready for its launch on the Chinese car market next month. Price will start around 90.000 yuan and end around 140.000 yuan. The Suzuki Alivio debuted as a concept on the 2014 Beijing Auto Show, an evolution of the 2013 Suzuki Authentics Concept. Chinese name is Qiyue. 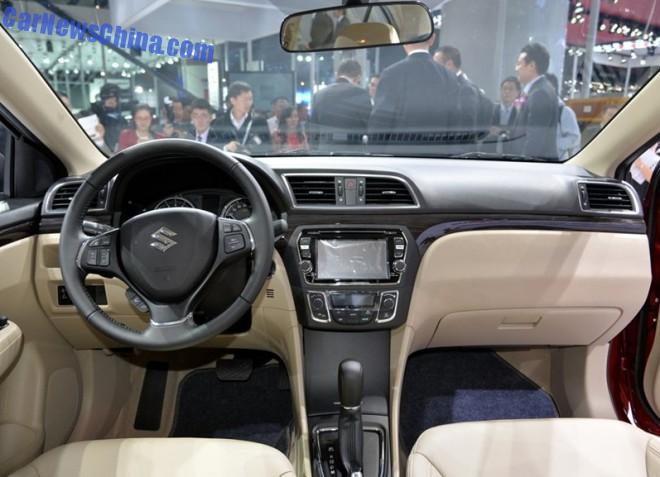 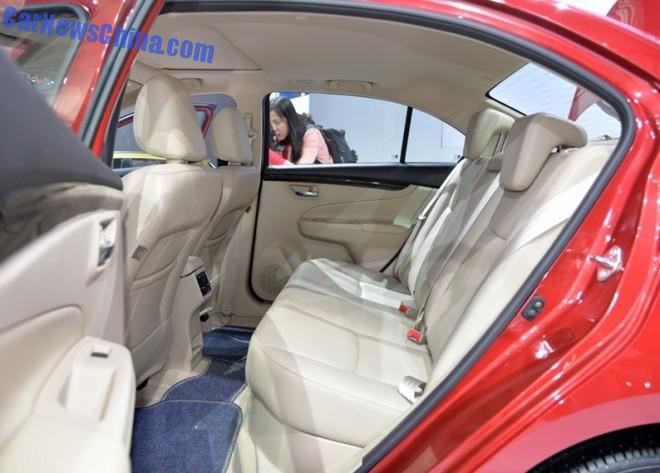 Enough room for three, the legs will have enough space but the heads have to be low. 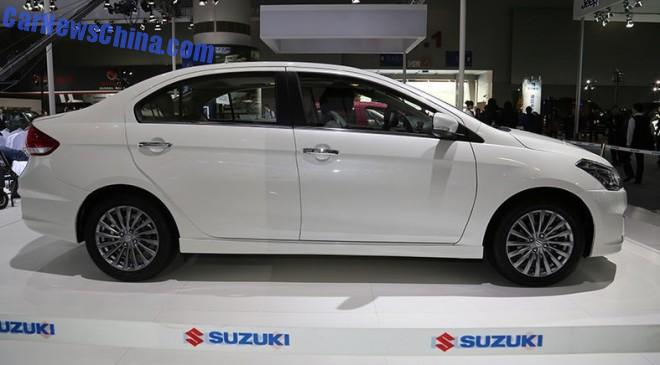 Exterior design very well executed. A modern machine with sleek-rounded lines. One could even call it a bit sporty. 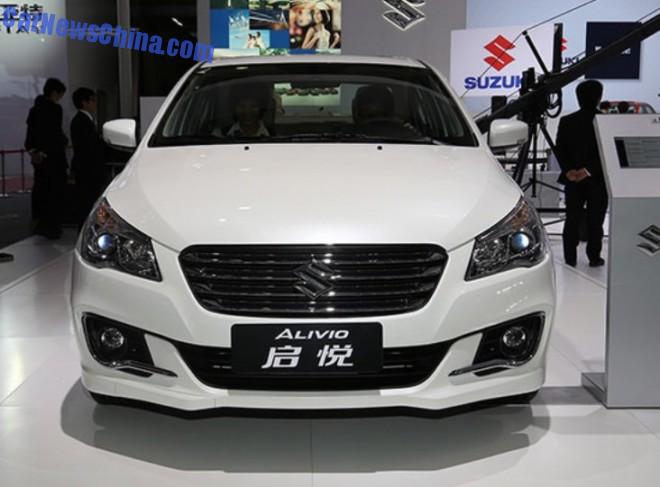 The Suzuki Alivio is manufactured in China by the Changan-Suzuki joint venture. The Alivio stands on the same platform as the Suzuki S-Cross that was launched on the Chinese auto market in September last year. Power comes from a 120hp 1.6 and a new 100hp 1.4 liter four-cylinder Size: 4545/1730/1475mm, wheelbase is 2650. 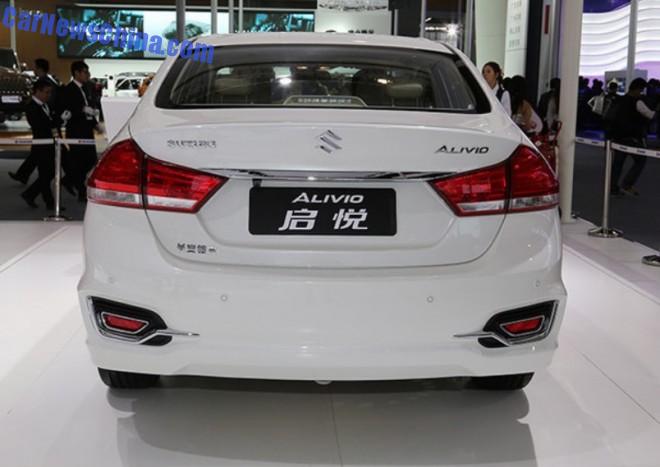