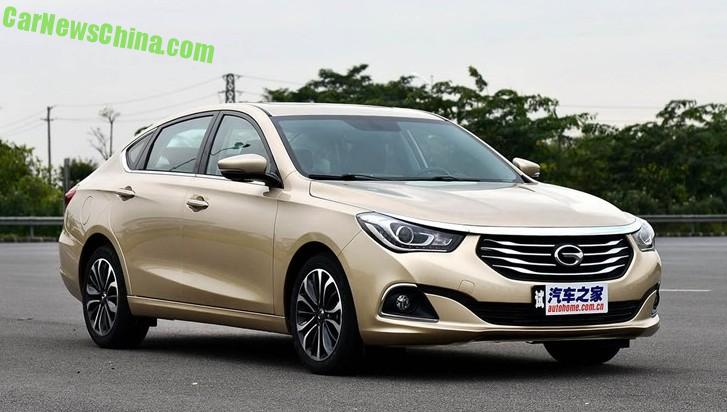 A well-designed interior with fine materials, a large LCD-screen, chrome detailing, and a perfectly round steering wheel. No fashionable flat-bottoms for Guangzhou Auto! 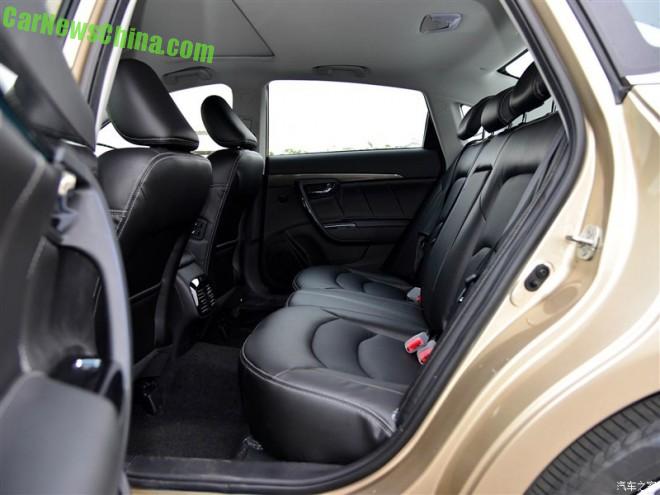 Enough space for three, although the heads can’t be too high. 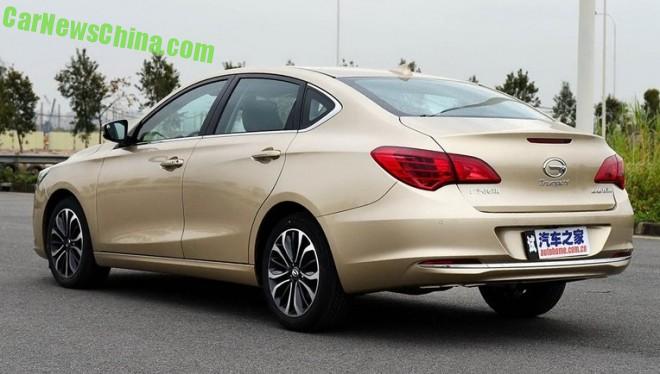 Large logo and a fat chrome strip on lower part of the bumper. 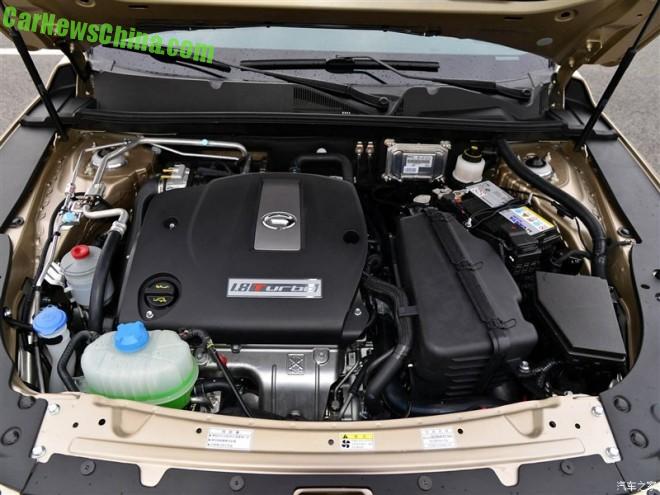 To the power now; the Trumpchi GA6 is available with two four-cylinder patrol engines: a 1.6 turbo with 158hp and 216nm mated to a five-speed manual, and a 1.8 turbo with 177 and 242nm mated to a seven-speed DCT. Fine numbers but the lack of an auto-option for the 1.6 turbo is odd. 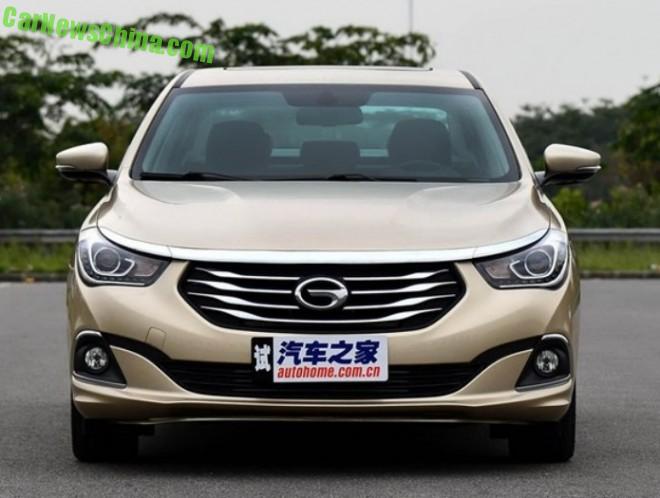 Probably the best grille in the business. Four chromed bars topped by a superbly chromed bar running over all the width of the bonnet. 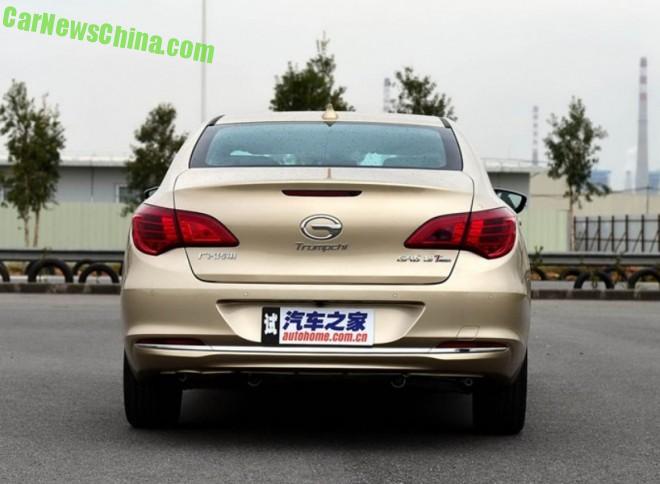 Rear tame by comparison. Integrated wing is nice, but it needs some serious exhaust pipes.